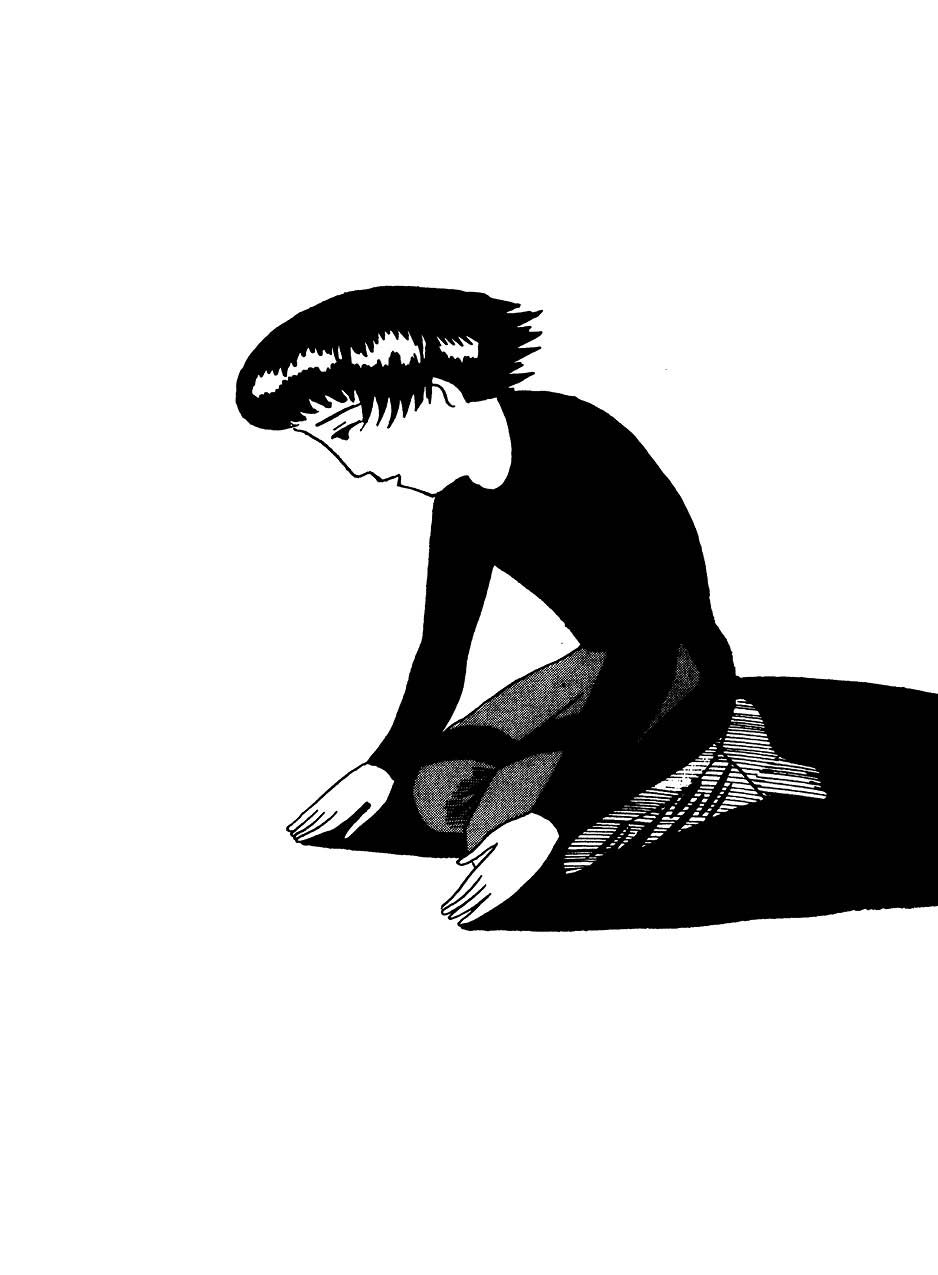 Red Colored Elegy is the perfect introduction to gekiga manga

Ichiro, the male lead of Red Colored Elegy, repeats a sort of young-male-tortured-artist catch phrase throughout the manga: “I want to draw comics.” Fortunately for readers, Seiichi Hayashi, Red’s author and illustrator, has a more realized sense of vocation. His cornerstone of the gekiga manga–the adult manga, or alternative manga, subgenre–Red, plots the doomed romance of live-in couple Ichiro and Sachiko in 1960s Tokyo.

Red’s influence at the peak of gekiga manga is pretty well unparalleled. It inspired at least one song in 1971, and it’s difficult to imagine Murakami’s Norwegian Wood (1987) not taking at least a few cues from Hayashi’s melancholic, dreamlike romantic flare. On the North American side of things, David Mazzucchelli’s 2009 masterwork, Asterios Polyp, in turn seems inconceivable without Hayashi’s trailblazing work.

Critics have frequently drawn comparisons of Red to the French and Japanese New Wave cinemas, and for good reason. Ichiro and Sachiko are two financially insecure but romantically-engrossed 20-somethings, casting aside the morals of their parents’ generation in favour of days spent atop futons, complaining about writer’s block and laughing hysterically about nothing at all. Though the story itself is sexy in ways that an urban romance starring two young people smoking indoors can scarcely avoid, Red’s emotional heft derives from its stunning visual innovations. Ichiro and Sachiko don’t say too much, but to reduce their relationship to language would be to neglect the expressive weight of Hayashi’s images.

Akin to the French New Wave’s emblematic use of jump cuts and episodic sequencing, Hayashi’s panel-to-panel relationships seem to function on the principles of free-association, often requiring the reader to reorient themself before advancing in the narrative. Intense arguments and tender reconciliations alike are interrupted by abrupt, full-page spreads of waves or light fixtures. If the anti-establishment gravitas of a dōsei (Japanese for an unmarried live-in relationship) in 1960s Japan has been somewhat lost to the years, Hayashi’s freewheeling and poetic approach to storytelling maintains every ounce of its subversive potential.

While many of Hayashi’s more naturalistic, larger panels have a grandeur that is sure to bring to mind the 19th century ukiyo-e prints of High-School-Art-Boy-Facebook-Cover-Photos, Red’s wealth of contemporary reference points places it in a larger context of modernizing Japanese visual culture. Ichiro and Sachiko are both cartoonists struggling to earn fair wages in the increasingly-mechanized Japanese animation business. Hayashi himself was a young animator with Tōei Animation, the self-proclaimed Disney of Asia, where he worked under the same factory-like conditions as fellow animator Hayao Miyazaki. While Ichiro feels artistically unfulfilled in his animating work, Sachiko barely earns a living as a celluloid animator, several rungs down the ladder, where she is repeatedly harassed by her male superiors. At one point, as the two lovers rush together, Hayashi suddenly illustrates Sachiko and Ichiro as Sleeping Beauty and the Prince, dually reflecting the fantastical element of their romance and the fixation on Disney in the early days of “Japanimation.”

Unlike much of gekiga manga—Tatsumi’s work specifically, being preoccupied with pollution and urban degradation—Red finds beauty on the streets of Tokyo. While Ichiro and Sachiko’s life in Tokyo is represented as fragile, Hayashi’s wandering gaze never fails to depict a Tokyo brimming with life and possibility. Even in the face of the couple’s slow and painful heartbreak, Red’s visuals maintain their kinetic energy. Red breezes through its 235 pages, but it’s the manga’s re-readability that has brought its influence overseas almost 40 years after its original publishing.

In many ways, this year marks the tragic end of an era in political cartoons. In case you needed another reason to beli...

MOOMIN 3, AYA OF YOP CITY, JAMILTI and more reviewed by The Boston Phoenix