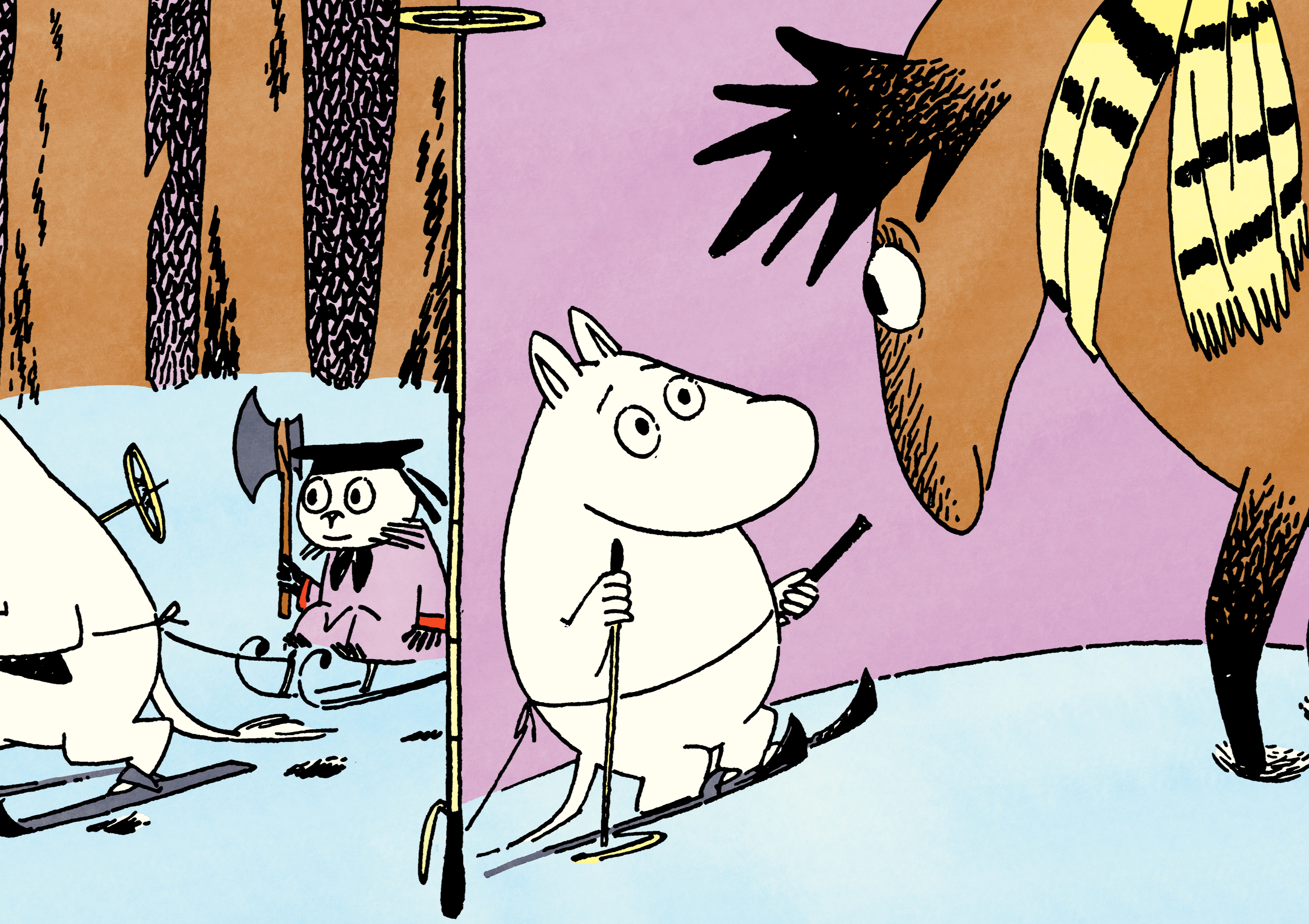 Stuff We Love: Moomins Are Not Your Average Trolls

The creature you’ve just encountered may appear like a mashup of an aardvark and a hippo with huge, wondering eyes, but it’s neither of those creatures nor the sum of their DNA. What you’re looking at is a Moomin.

Moomins are a whimsical breed of troll (who said trolls have to be hideous?) that emerged from the imagination of Finnish-Swedish artist Tove Jansson. They’ve made their way into nine novels, a comic strip, several TV series, movies, museums, an opera, and a cult following in Japan. These cuddly creatures definitely aren’t the hairy, menacing and sometimes three-headed things you’d expect to find terrorizing the northern wilds. If something is stalking you in the snow, it’s definitely not a Moomin, because they hibernate in the winter.

As a little girl, Jansson would listen to her uncle’s stories about the curious moo-oo-oomin trolls that lurked in the cupboard and behind the tile stove. These eventually morphed into the much less scary Moomintroll, who would never (purposely) frighten anyone. (Admit it, you probably would spook if you saw a round white thing with moon eyes staring at you in the middle of the woods.) He really only wants to be your friend. He and his family live in the three-story Moominhouse and are surrounded by a whole menagerie of weird and wonderful creatures in the Moominvalley. In case you didn’t get it by now, the name of just about everything in the Moominverse starts with “Moomin.”

Tove Jansson had a magical way of relating these creatures to fans of all ages. She wrote her first book, The Moomins and the Great Flood, as a reflection of how she felt all the color had drained from the world during World War II. It touches on themes of danger, fear, loss, and sorrow that were pervasive during the war and are still part of the human experience. Moomintroll is interested in getting to know and understand other inhabitants of the forest that would often be looked at as terrifying by outsiders. Moomins value respect for each other, tolerance, love, respect for nature, adventure, equality, friendship, freedom, and joy above all else. That sounds like something that adults need to be reminded of even more so than kids do these days.

You don’t have to catch a plane to Finland to find all sorts of Moomin merch, from lamps that are basically light-up versions of the Moomins and their friends to Moomin-printed pillows and bedsheets to toys, candy, sweets, and just about everything else — I really mean everything else.

By the way, Gutsy Animations is creating the newest Moomin TV show coming out of Moominvalley after a successful IndieGogo campaign, and if that alone doesn’t convince you to watch it, this video should.