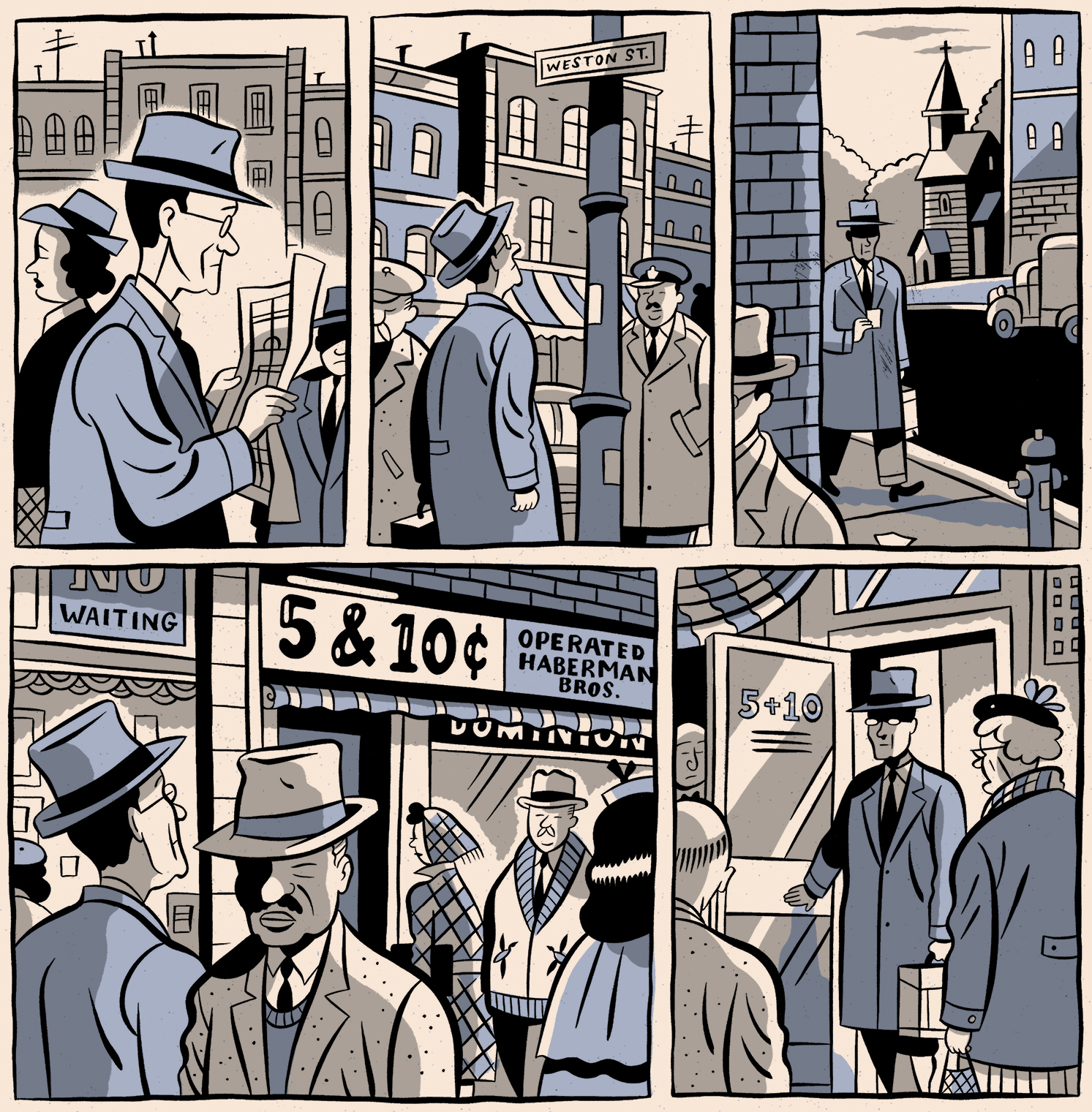 Seth’s Christmas comic in The Globe and Mail

Seth is a cartoonist living in Guelph, Ont., in a house he calls “Inkwell’s End.” His graphic novel Clyde Fans, two decades in the making, appeared on numerous Best of 2019 lists worldwide. His work has been exhibited and collected internationally including at the Art Gallery of Ontario where his solo exhibition featured Dominion his three-dimensional model city. He is the subject of the NFB’s 2014 documentary Seth’s Dominion. The paperback edition of his book George Sprott was published this season by Drawn & Quarterly.

I am a winter person. Though I don’t ski. Nor do I skate. Nor do I hike along winter trails. To be honest, I don’t even leave the house all that much during the season. I work at home, never fighting the bad driving conditions or suffering the slush and sleet between the parking lot and the office. So maybe my love of winter is romantic nonsense. I don’t deny it.

For me, the feeling of winter is mostly tied up with a comforting sense of isolation. There is little I prefer to being tucked safely inside my warm house while a snowstorm whips round outside the windows. This supplies a deep contentment. The illusion of a snow bound cabin. The fantasy that time has slowed down and the hectic world is held at a distance.

I imagine this feeling has its roots in the many large blizzards that swept through Ontario when I was a child in the 1970s. Though it wasn’t the case in reality, in memory, every winter back then was a record breaker. Snow up to the eaves. School cancelled for weeks on end. The whole town at a standstill. This, of course, is a trick of the mind. But so what? That’s how I like to remember it.

I have a very distinct memory (a real one) of one particular blizzard year, possibly the mid 70s, and a snowbound Christmas Day. Darkness by afternoon. Great gusts of snow, hour upon hour, pelting the living room window. Weather warnings scrolling along the bottom of the television screen. Mother in the kitchen. The comforting sounds of her movements. Christmas lights. A tinsel tree. All very pleasing. A safe little world carefully preserved in the jar of memory. I bring this recollection out every year and gently polish it. Trying not to change it by revisiting it too often. Yet realizing it has likely already been polished up to a brilliant unnatural shine.