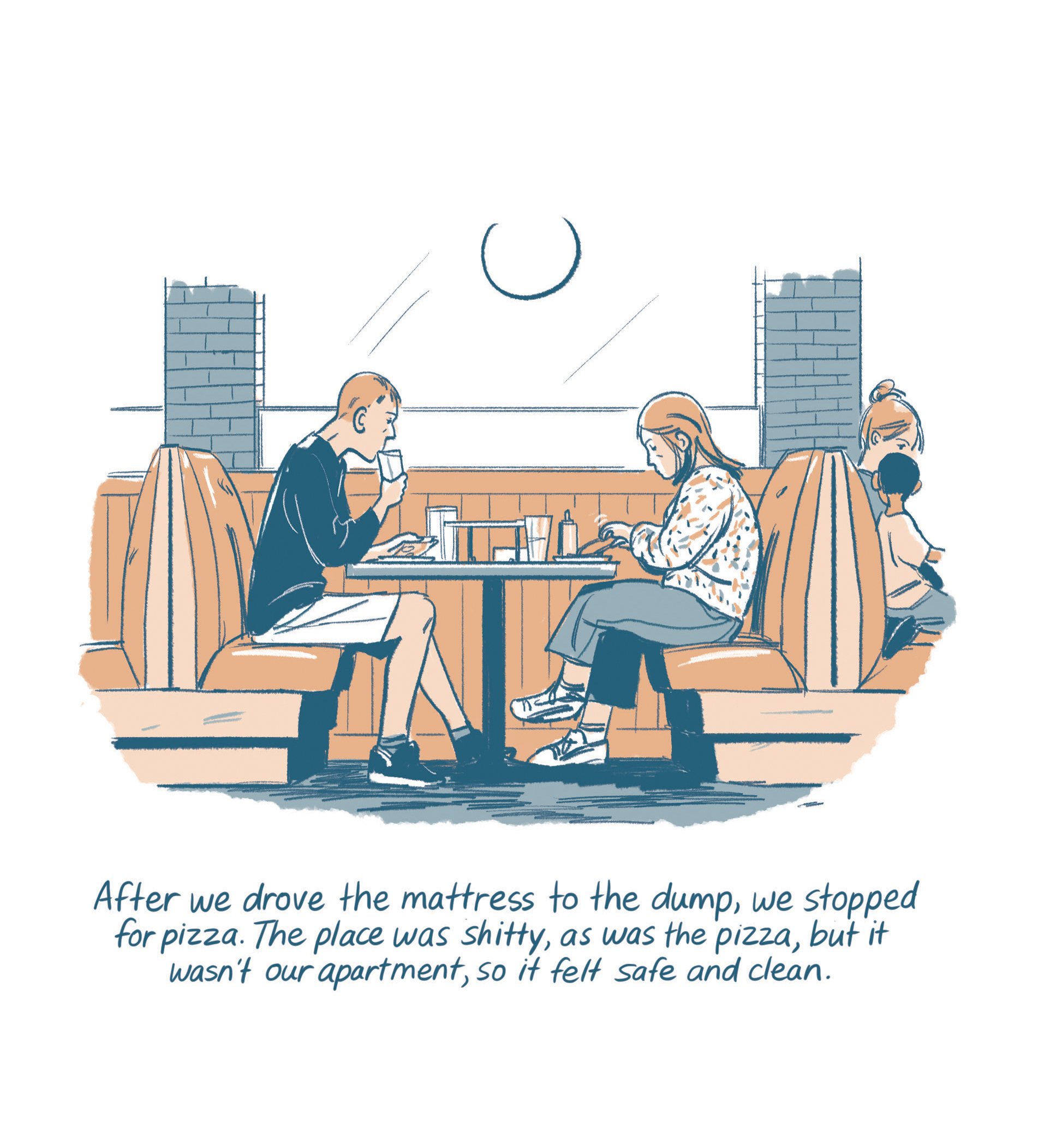 Whether she’s working with her cousin Mariko or crafting solo works, Canadian cartoonist Jillian Tamaki is fast becoming one of the most accomplished and respected graphic storytellers of her generation. And Boundless, this new collection of shorter works, confirms this reputation. Many of these stories have appeared in print before, in indie publications like Frontier and NoBrow, or on the online journal Hazlitt, but they comfortably sit beside each other, sharing themes and motifs that add up to a cohesive, ambitious statement. Skim and This One Summer, Jillian and Mariko Tamaki’s two star-making, award-winning graphic novels, were both bittersweet coming-of-age stories about teenage girls; in Boundless, the characters tend to be a little older, facing a different set of issues and dilemmas: existential regret, nostalgia, the stagnation of relationships, and the breakdown of communities. One key connective tissue throughout is the invisible roles technology and pop-culture play in our emotional and social lives. These are stories of memes, of cultural ephemera, and of urban legends. In ‘1.Jenny’, a woman becomes obsessed with a ‘Mirror Facebook’ through which she catches a glimpse of an alternate, parallel life, while ‘SexCoven’ charts the rise and fall of an online viral sensation - a mysterious music file that births a whole movement of file-sharers, bedroom archivists and truth- seekers. Fan cultures develop around a Goonies-esque 80s kids movie (‘Body Pods’), and a failed 90s sitcom porno (‘Darla’), and provide meaning and context for the converted geeks that go far beyond the wills of their respective creators. These texts have lives, and live on through those who consume, digest, and regurgitate them. There is an unfettered, effortless scope to Tamaki’s vision, as she crafts each evocative little sketch of a character or a feeling. Her voice is half-poetic, half down-to-earth, easily bridging the mundane and the heightened. ‘1.Jenny’, for example, would make for a great, nasty Black Mirror episode in Charlie Brooker’s hands. ‘Half Life’, a tall tale about a shrinking woman, starts as an everyday fable before taking an unexpected turn towards the cosmic, as our microscopic hero slips between atoms and becomes one with her environment. That title, Boundless, suggests the cultural osmosis that turns memes into subcultures, and shared interests into lifestyles, but also the unlimited potential of the comics artform, and it is clear that this collection represents Tamaki flexing her muscles as both a writer and artist. As with genre and tone, she is not bound by form: comic panels come and go, and detailed cartooning shares space with sketchier sequences, freeform layouts and, in the collection’s bookends, a flipped perspective as stories play out at a 90-degree angle. There are even snippets and snatches of panels on the back cover, hidden after the acknowledgments, or on the title page itself. Prolific and prodigious, Jillian Tamaki is at the very top of her game.