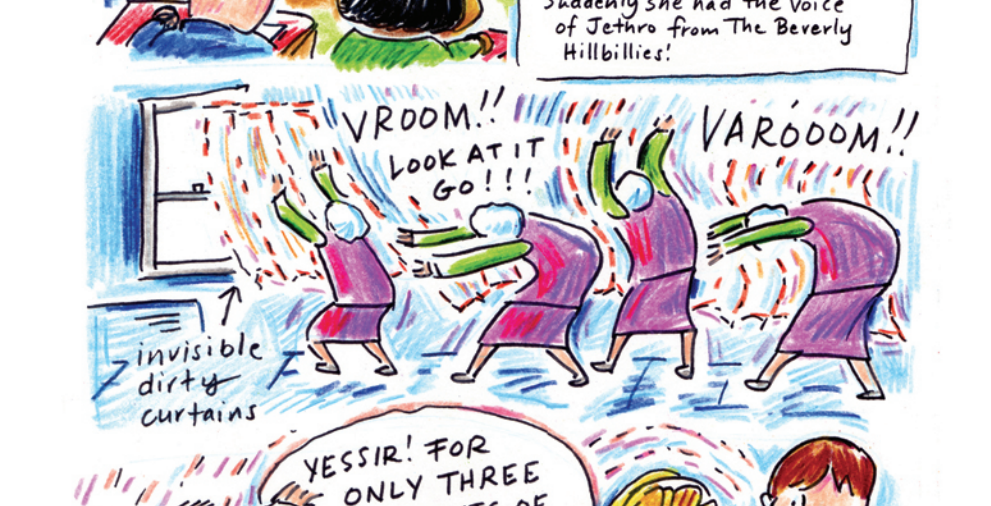 Rina Ayuyang and the Anatomy of a Panel

Anatomy of a Panel: Rina Ayuyang BLAME(s) IT ON THE BOOGIE

Right out of the gate, let me say that Ignatz and Eisner Award-nominated Rina Ayuyang’s comics have me thinking a lot about movement and comics.

Comics as movement: within the panel and between panels and page flips. Movement in content: all those physical and psychological emplotments. Movement within and across identities exquisitely shaped by creators like Rina: ethnocultural, ancestral, geographic, and imaginative. Rina’s extraordinarily kinetic word-drawn stories of her Filipina American identity and experience vitally add to the work of other like-visioning creators such as Lynda Barry (One Hundred Demons, especially), Trinidad Escobar (Crushed), and Malaka Gharib (I Was Their American Dream).

From Rina’s first book Whirlwind Wonderland to her zines as well as award-winning short story comics like “Beginning’s End” and her longer form Blame this on the Boogie, she shows how comics can and do draw their life-force from multispatial and multitemporal planetary physical, cultural, and creative border crossings, routings, and rootings. Rina reminds us that the sine qua non of comics is its movement — of bodies, minds, and imaginations.

Read the rest of the article at the link above.

Blame This on the Boogie
Rina Ayuyang

Drawn from the 14,000+ titles in PW’s Spring Announcements issue, we asked our reviews editors to pick the most no...

Publishes Weekly Reviews Blame This on the Boogie