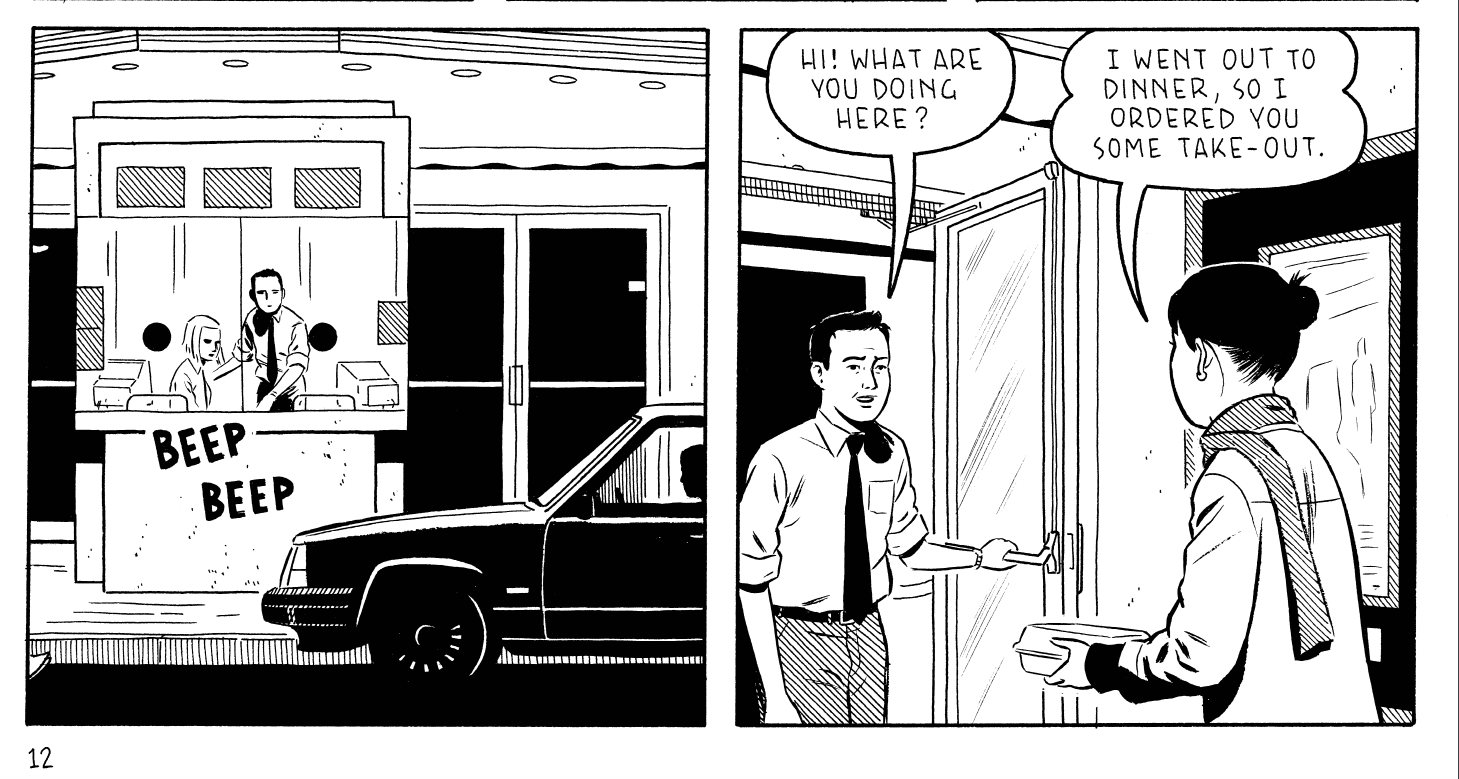 Randall Park, the “Fresh Off the Boat,” “WandaVision” and “Always Be My Maybe” star, will make his directorial debut for Roadside Attractions on a comedic drama called “Shortcomings.” “Shortcomings” is based on the 2007 graphic novel by Adrian Tomine, the celebrated cartoonist and illustrator for The New Yorker and of the graphic memoir “The Loneliness of the Long-Distance Cartoonist.” Tomine will also adapt the screenplay and executive produce the film adaptation, which Park said will be updated to modern day.

Tomine’s story has been hailed as an iconic work of contemporary Asian American fiction, grappling with racial politics, sexual mores and pop culture with poignant and hilariously irreverent prose. “Shortcomings” follows a trio of young Bay Area urbanites — Ben Tanaka, Miko Hayashi and Alice Kim — as they navigate a range of interpersonal relationships, traversing the country in search of the ideal connection. In cafes, bars and bedrooms, their stories collide and intertwine with naked candor and razor-sharp humor.

Roadside Attractions and Imminent Collision will team on the adaptation, which Park will also produce alongside Michael Golamco and Hieu Ho’s Imminent Collision. Roadside, Imminent and Park have been developing the project with Tomine and will go out to buyers in the coming weeks. “Shortcomings” will mark Park’s feature directorial debut, though he previously directed the series finale of “Fresh Off the Boat,” which ended its six-season run on ABC last year. He also co-wrote, produced and starred in the Netflix rom-com “Always Be My Maybe” with Ali Wong. “I am such a huge fan of Adrian’s work, and I’m very excited to team with him and Roadside Attractions on this updated, modern take of ‘Shortcomings.’ In these characters, I see versions of Asian Americans in my own life — the ones I love and the ones I just kind of tolerate,” Park said in a statement.

Tomine’s memoir “The Loneliness of the Long-Distance Cartoonist” was named a New York Times Notable Book of the Year, and his 2015 graphic short story collection “Killing & Dying” is also being adapted into a feature called “Les Olympiades” by director Jacques Audiard. “‘Shortcomings’ is a book that’s very close to my heart, and I have long resisted the idea of any adaptation that didn’t feel true to the style and spirit of the material. Randall, Roadside Attractions and Imminent Collision immediately impressed me with their passion, insight and vision for this film. They have been invaluable partners in the process of translating Shortcomings both to the screen as well as to the current time, and I’m honored to be a part of this collaboration,” Tomine said in a statement. Also producing for Roadside Attractions are co-presidents Howard Cohen and Eric d’Arbeloff, SVP Jennifer Berman and creative executive Ryan Paine, who brought the project into the company. Hieu Ho, Michael Golamco and Randall Park will produce for Imminent Collision. “With his adaptation of ‘Shortcomings,’ Adrian has proven himself not only a brilliant cartoonist but also a talented screenwriter.

When Randall came to us with a true artist’s vision for telling this story cinematically, everything clicked into place. We are honored to work with this stellar creative team to help bring this hilariously poignant story to screen,” Berman said in a statement. Roadside Attractions recently acquired the theatrical rights to the documentary “Rita Moreno: Just a Girl Who Decided to Go For It,” and the distributor recently released “The Courier” starring Benedict Cumberbatch. Imminent Collision was founded by longtime creative partners Hieu Ho, Michael Golamco and Randall Park. The film and television production company is dedicated to creating distinct, universal and comedy-forward stories about Asian Americans for all audiences. Imminent Collision has several high-profile projects in the works, including shows under their first look TV deal with 20th Television/Disney Television Studios. Tomine is represented by UTA. Imminent Collision is represented by UTA and Myman Greenspan. Park is additionally managed by Artists First. Roadside Attractions is represented by Sheppard Mullin.