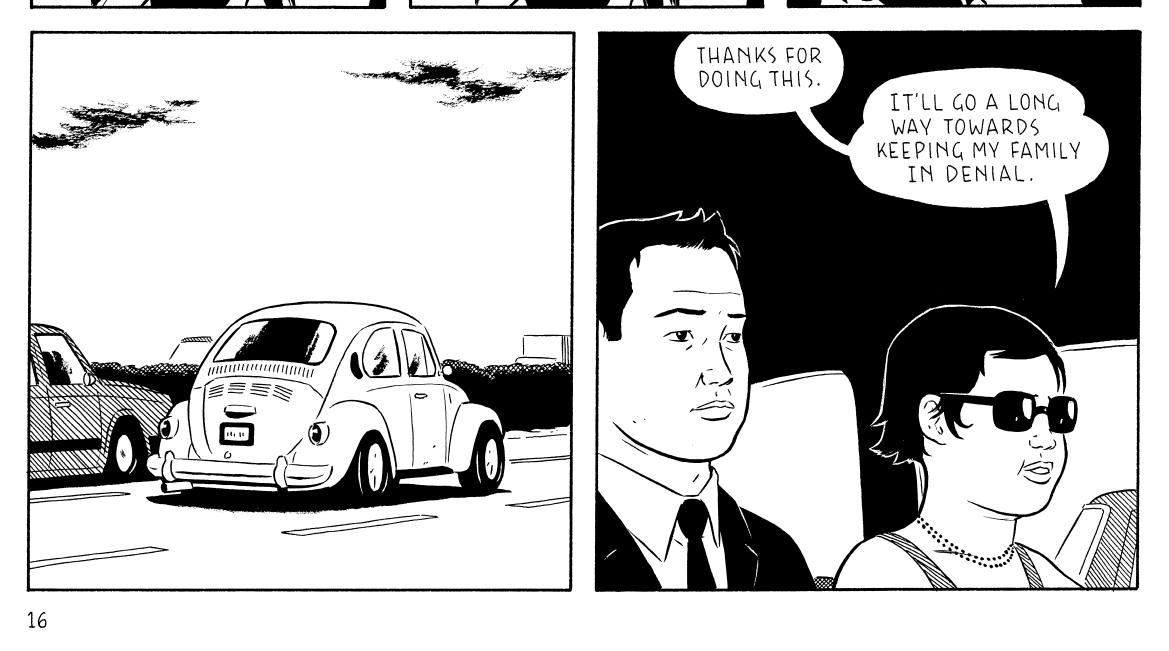 The graphic novel Shortcomings is a cherished work of contemporary Asian American storytelling, but the main character, Ben Tanaka, would surely roll his eyes, cross his arms, and heave a deep sigh of exasperation over anything described in such precious terms.

He’s over all that. But also identity, representation, and pride can be difficult to grapple with when you don’t like yourself very much. Ben pushes back at these things the way he pushes off the people in his life who love him. He’s a malcontent who is equal parts hilarious and tragic, an iconoclast who buys into stereotypes even as he’s determined not to be judged as one, and his search for romance crisscrosses between awkward, shocking, endearing, and infuriating. He’s a brilliant character.

So how is it possible that Shortcomings has never been brought to the screen before? The answer to that, like the character himself, is complicated.

Artist and writer Adrian Tomine has now adapted his own screenplay from the 2007 book, and actor Randall Park is stepping behind the camera to make it his feature film directorial debut. It’s early in the process, but their journey together highlights the changes underway in Hollywood as filmmakers try to present newer and fresher perspectives. Sometimes they have to team up.

For that last decade or so, Tomine has resisted a film adaptation of Shortcomings, partly because of how appalled he was by how studio executives approached his book when it first came out. “The experience between then and now is night and day,” he said. “I mean, I hit a lot of brick walls immediately when I first tried to do it. The closest I got would be one meeting, and they were often heartbreaking. I did an in-person meeting with someone, and, you know, I was overly optimistic already, but right off the bat they said, ‘How hard would it be to rewrite the script so that it would be castable?’”

That was code for something very specific. “Well, turn it into white people, I think,” Tomine said.

Read the full article at the link above!