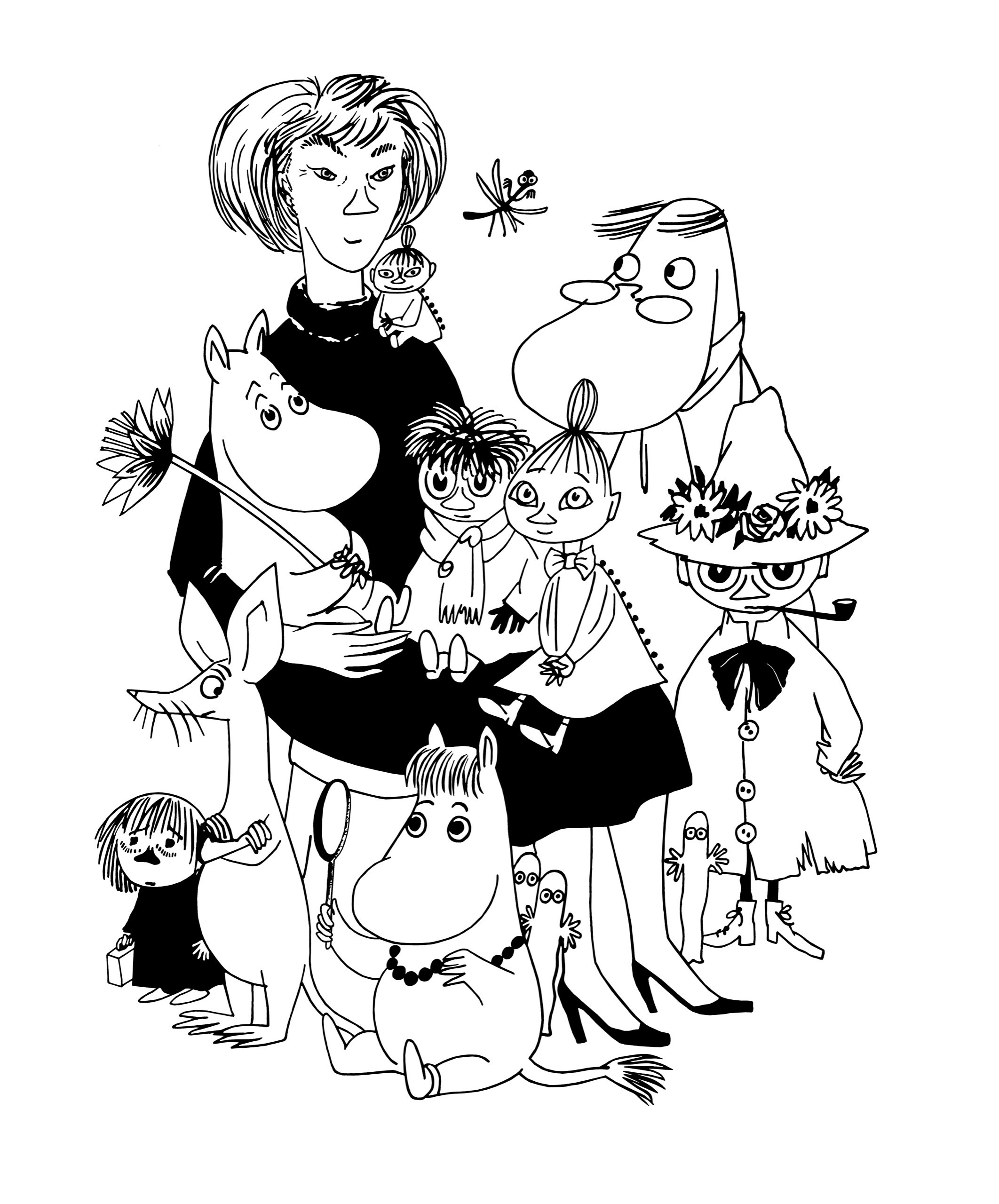 In the nineteen-fifties and sixties, one of the most famous cartoonists in the world was a lesbian artist who lived on a remote island off the coast of Finland. Tove Jansson had the status of a beloved cultural icon—adored by children, celebrated by adults. Before her death, in 2001, at the age of eighty-six, Jansson produced paintings, novels, children’s books, magazine covers, political cartoons, greeting cards, librettos, and much more. But most of Jansson’s fans arrived by way of the Moomins, a friendly species of her invention—rotund white creatures that look a little like upright hippos, and were the subject of nine best-selling books and a daily comic strip that ran for twenty years. Jansson travelled frequently to conduct her duties as the ambassador of Moominvalley, mingling at parties where businessmen wore Moomin ties. In 1963, she wrote home, from the midst of professional obligations in Stockholm, “I was woken by another TV crew wanting a comment on the cultural situation. . . . I’ve still got masses to sort out with family and cousins and children’s culture reps and translators and art galleries. . . . I’m feeling pretty cocky but also trying to maintain my image: gentle, cultivated, enraptured child of nature.” The work of being a public figure was neatly summed up, for her, in the never-ending burdens of correspondence. Her short story “Messages,” published near the end of her life, is composed of snippets of letters she received:

Hi my name is Olavi. You write well but last time you didn’t make a happy ending. Why do you do this?  We look forward to your valued reply soonest concerning Moomin motifs on toilet paper in pastel shades  Hi! We’re three girls in a mad rush with our essays about you could you help us by saying in just a few words how you started writing and why and what life means to you and then a message to young people you know the kind of thing. Thanks in advance  Dear Miss Jansson, You must understand that the only way I can earn a living are panholders with Moomin figures which I design myself and make in the kitchen without any paid help at present. How would 6% be for a start.

Several pages of this is charming; forty years’ worth would have been wearying. Yet, as the sole emissary of her fictional world, Jansson felt the need to be gracious. In 1948, after she had published the first couple of Moomin books, but before anyone was demanding her approval of Moomin oven mitts, she already had opinions about the duties of fame. Jansson’s younger brother Lars (whom she called Lasse) had mailed some unsolicited poetry to Dorothy Parker, who never responded. In a letter to a friend, Jansson was offended on his behalf: “If I was the Great Woman, and received some (really quite good) love poems from a young man in Finland . . . in my own language with an adoring dedication, I’d damn well send a few lines in reply.” She would not be that sort of Great Woman.

But, then, what sort? Twenty years after Jansson’s death, we now have a record of the joys—and strains—of a lifetime of correspondence. “Letters from Tove” (University of Minnesota), a four-hundred-and-eighty-page volume, edited by Boel Westin and Helen Svensson and translated by Sarah Death, includes dispatches to her family, friends, and lovers. The selection begins during her days as an art student in Stockholm and culminates in the early nineteen-eighties, when her letter writing (though not her work) appears to have stopped. Along with Westin’s “Tove Jansson: Life, Art, Words” (2014), a comprehensive English-language biography of Jansson, these letters offer the most complete portrait of the artist to date. They show a person who is increasingly selective about which parts of herself she will share with whom. She writes to most of her correspondents in the mode of a traveller, awake to her surroundings and the world. With only a few does she expose her inner life, and, once she becomes Finland’s beloved “Moominmamma,” she shares her artistic struggles with nobody.