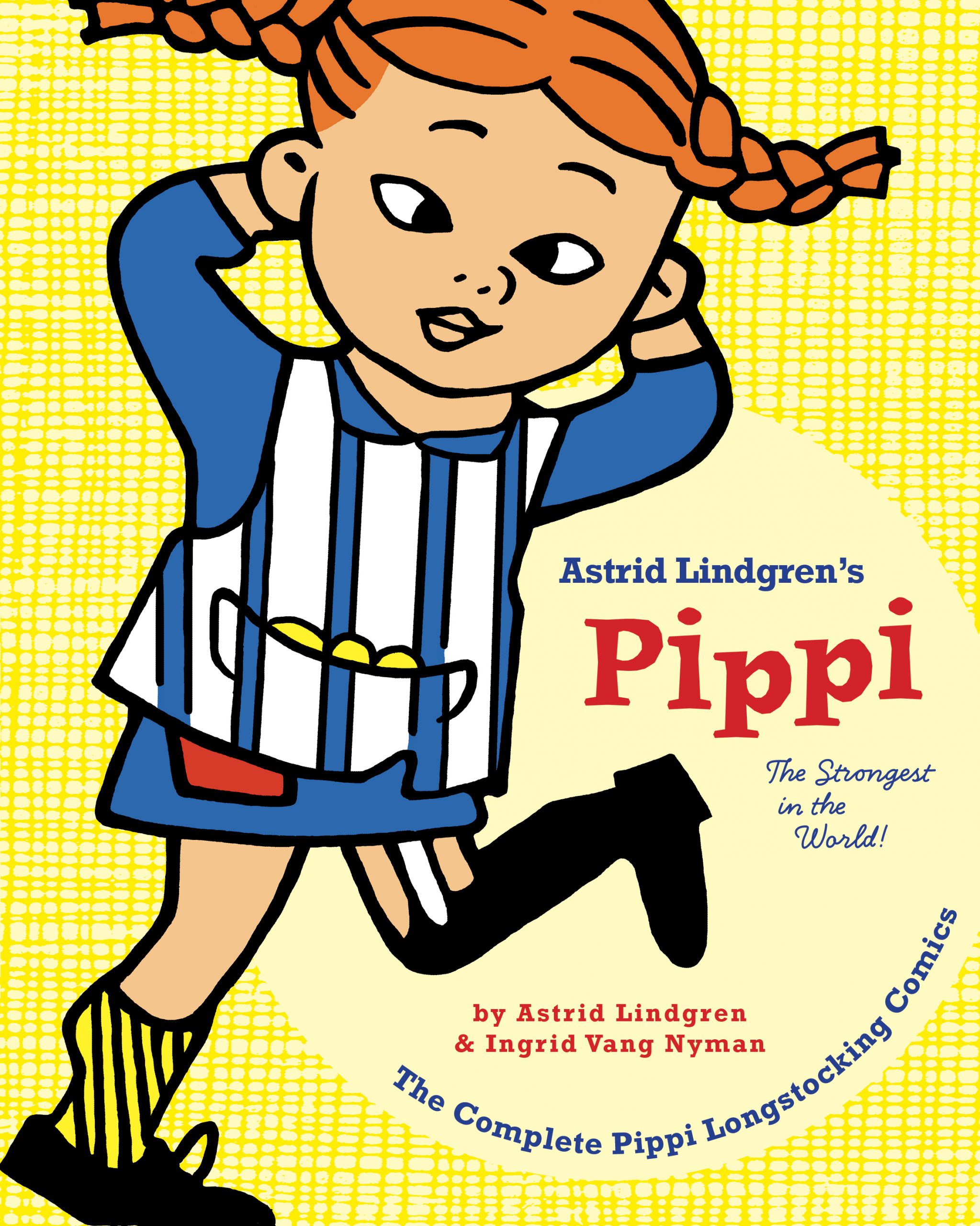 Momma’s Bacon Reviews: Pippi Longstocking: The Strongest in the World!

Momma's Bacon Reviews: Pippi Longstocking: The Strongest in the World!

Celebrate the seventieth anniversary of Pippi!

Who can rescue babies from a burning building, outwit burglars, overpower a circus strongman, and still get home in time for Christmas? Pippi Longstocking can!

Pippi Longstocking: The Strongest in the World! collects more than one hundred pages of comics from Pippi’s creator, Astrid Lindgren, and her collaborator, the illustrator Ingrid Vang Nyman.  Unearthed by Drawn and Quarterly and republished between 2011 and 2014, these mid-century comics had never before been seen by North American audiences. Pippi Longstocking: The Strongest in the World! is a fitting tribute to one of the world’s most beloved fictional characters.

Pippi Longstocking is a scrappy 9-year-old little girl who asks a lot of questions and always put bullies in their place. Pippi Longstocking (Swedish Pippi Långstrump) was created by Swedish author Astrid Lindgren back in 1945 and she began a series of children’s books based on Pippi.  Pippi was named by Lindgren’s then nine-year-old daughter, Karin, who asked her mother to write her a book when she was home sick from school one day and Pippi’s literary history began!  There were three original picture books that were translated into English and there are many picture books and short books based on chapter excerpts from the original three.  Two final stories were printed in 1979 and 2000. The books have been translated into 70 languages and adapted into several films and television series.

Nine-year-old Pippi is a beloved character, especially for girls, because she is seen as unconventional, assertive, and even has superhuman strength!  Pippi is playful and unpredictable and frequently makes fun of unreasonable adult attitudes such as pompous and condescending adults. Her father is a buccaneer captain and has many adventurous stories to tell. Pippi has four best friends: two animals (her horse and monkey) and two humans (the neighbor’s children Tommy and Annika).  While Pippi is a friendly and kind girl, she doesn’t appear to have any “proper” manners and having no training or experience in how to behave in normal society, other than the very freewheeling and non-regimented one aboard her father’s ship.  Along with a horse on the porch, a monkey in the kitchen and her best friends Tommy and Annika, this freckle faced, red-pigtailed, whirlwind of a girl in mismatched stockings is a delight for both children and adults.  Pippi is considered “the strongest girl in the world”, which amazes people although people seem to eventually take it all in stride. Pippi does not brag or even mention her extraordinary strength, though she is obviously aware of it.

The beloved Pippi has delighted our kindergartner and this tribute to Pippi has been a wonderful read in our house.  To add to the excitement of the books, the local Scottish Rite Theater in Austin will be having a play on Pippi on several dates in February 2016.  For local Austinites interested in attending a Pippi Longstocking play, check for show times and Buy Tickets HERE.

Drawn And Quarterly is set to announce plans later today that it will be publishing the first volume in a three-volume s...

Montreal publisher Drawn & Quarterly will soon have its hands full, thanks to a certain mischievous, pigtailed redhe...

Drawn & Quarterly has three releases in their Enfant line. Two books kick off their re-releases of Tove Jansson’s...