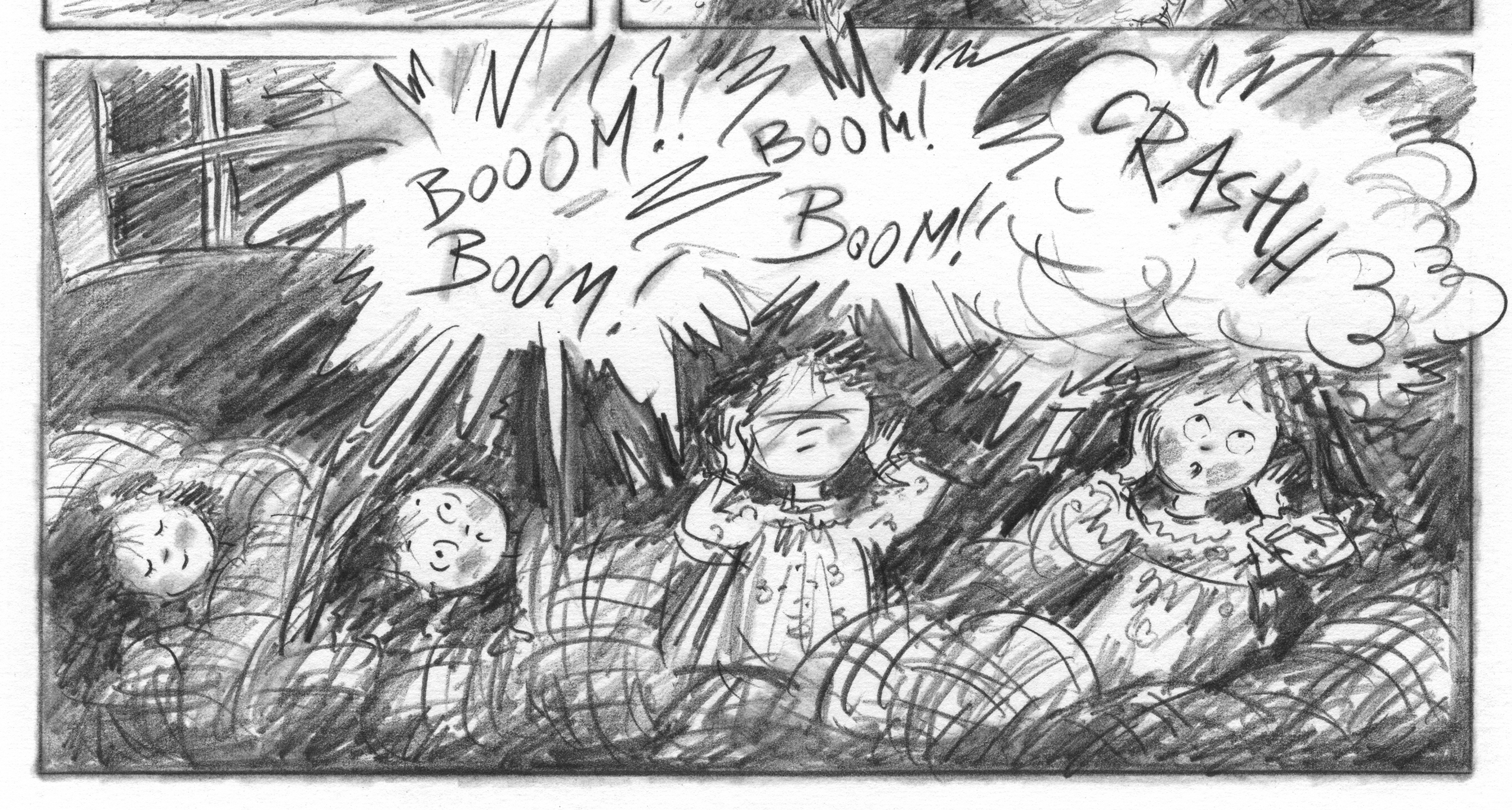 Miriam Katin was born in Hungary during World War II, and was 3 years old when her mother suddenly had to pack up their lives in a suitcase to evade Nazi persecution. As an adult, Katin found work as a animation background designer in Israel, and for Disney and MTV when she moved to the U.S. But it took her until age 63 before she attempted to translate her and her mother's memories of the war to the page. "It wasn't meant to be for 'catharsis' as people always say, but the truth is, before the book I couldn't talk about the war at all. I would just choke up, and I would say let's talk about it next time. "But now that I've done the book, I can tell the story. I can even think about the war," she said.

Her first book, We Are On Our Own, is about life on the run for a year for herself and her mother. They were sleeping in a farmhouse when an injured Russian soldier crawled into bed with her mother, said Katin. He was dead by morning, and people warned them to flee, because the Nazi regime would accuse her of killing him. With her father away fighting in the Hungarian Army, mother and daughter wandered the countryside with fake IDs for a year. "They were shooting at us, it was snowing. At some point I got too heavy to be carried, and she put me in the suitcase and pulled me along in the snow," recalled Katin, closing her eyes. Eventually, she pieced together the story with her mum's help and a lot of research. Producing the first drafts was tough. "I cut the page with the pencil, I drew with so much force," she said. She also poured an inordinate amount of effort into accuracy, careful not to let her story run purely on emotions, she said. "People who are into graphic novels are incredibly into detail. They'll call you out online if you get the uniform wrong, or the particular weapon," she said. And she admits she is thin-skinned about commenters online. "Of course I feel extremely affected by what people say online. People who say (of their art) 'I do it for myself only,' they lie," she laughed.

The same effort went into her second book, titled Letting It Go, published in 2013. In that memoir, she talks about forcing herself to visit Berlin after her adult son made plans to move there. In one sequence, she shows the musical notes from Wagner's "Ride of the Valkyries" flooding the house, and the score isn't just for effect — it's accurate. The book is also littered with everyday examples of war's trauma still in her mind.

She said one day she noticed a German Krups coffee maker in her sister's house, and realised she had one too. "What if it's someone's big plan, they have this successful coffee machine, they push a button and we all blow up?" "That's the kind of sick thinking someone like me would have," she shrugged. Prompted by these nagging thoughts for decades, she decided she had to put it down on paper. "All my life, the subject was always there, a daily unwanted, uninvited presence. It needed to be told."

Miriam Katin was in Singapore as a guest speaker at the Singapore Writers Festival 2016.

We Are On Our Own
Miriam Katin

Katin's WE ARE ON OUR OWN receives rave starred reviewed from Booklist!

The burgeoning popularity of graphic novels has opened the door to new voices with compelling stories and artistic skill...

Miriam Katin fled Hungary in 1944 with her mother to escape the Nazi regime. We Are On Our Own is the 63-year-old’...

WE ARE ON OUR OWN: Publishers Weekly Starred Review!

This moving WWII memoir is the debut graphic novel from Katin, an animator for Disney and MTV. It tells the story of to...