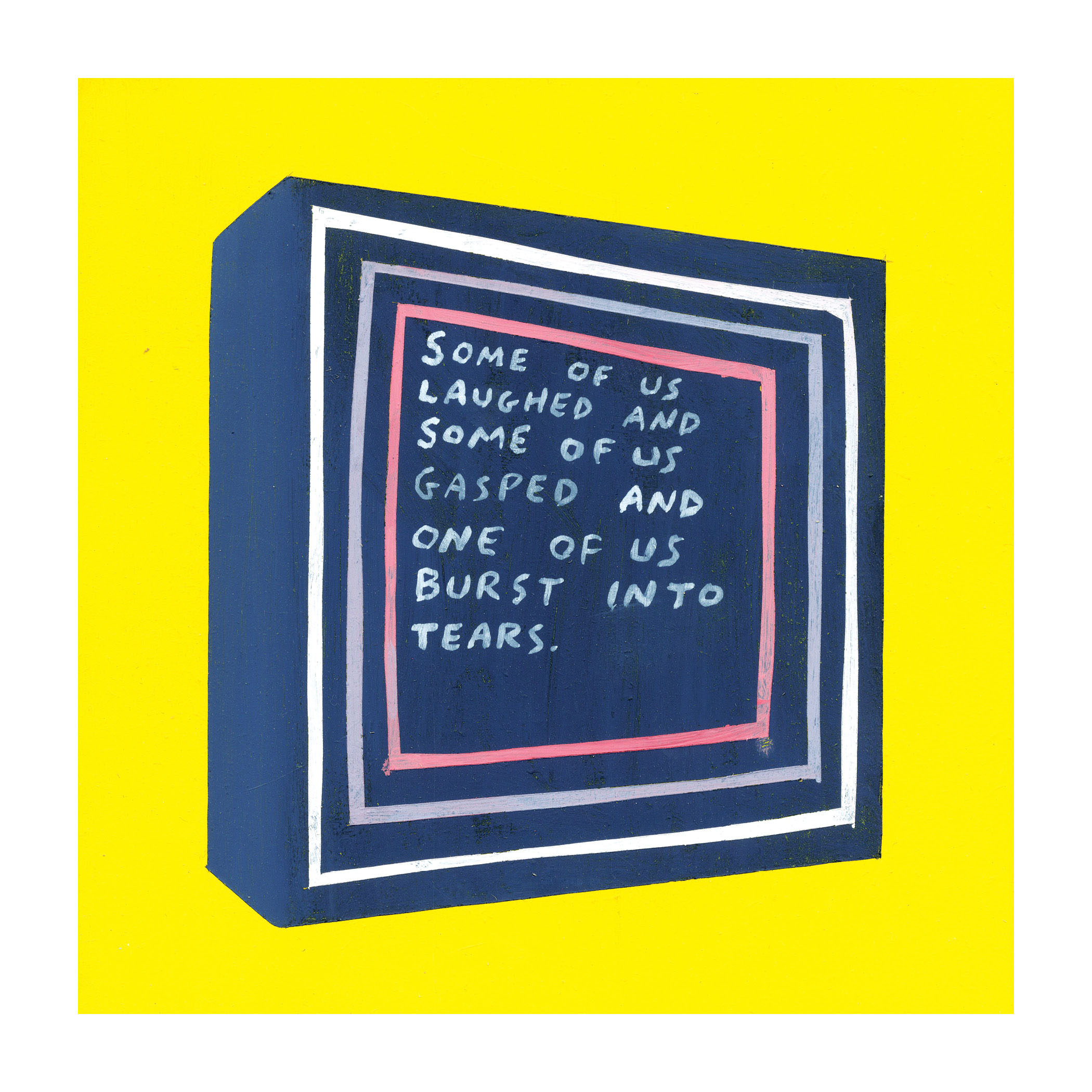 Library – Michael Dumontier and Neil Farber Give Us a Peek Into Their Droll World, for Drawn & Quarterly

Would you pick up a book titled ‘Better Stay Up All Night Before Starting That New Job’? Imagine an unadorned cover, part of a series, the books all lined up in a row, each bearing a title wittier and more deadpan than the last. Imagine a room surrounded by hundreds of these books and think about the impression you would have of the homeowners. What you get is an idea of what Michael Dumontier and Neil Farber are probably like if you were to meet them for a drink.

It’s fairly obvious that the two artists understand each other pretty well, making it hard to figure out where one of their ideas begins and the other’s ends. Both fine arts students at the University of Manitoba, they helped found an art collective called the Royal Art Lodge in 1996 and have spent the last quarter of a century creating work that sometimes confounds, but almost always entertains.

Library is an interesting choice for Drawn & Quarterly, a publishing house that revels in pushing the boundaries of what comics are expected to look like. The book is a collection of paintings, all imaginary book covers, and prompts the question: Why?

Why did Dumontier and Farber paint them? What was the point they were trying to make? Was there a point to begin with? What are we, as readers, being invited to do by looking at these titles of books that will never exist? There is no preamble either. The collection plunges straight into its first title, ‘Want To Know A Bunch Of Stuff You’ll Wish You Didn’t Know’ before ploughing through over 200 more paintings. Some have pictures on them—of owls, or slippers, or a ballerina—while others simply rely on fonts to do the heavy lifting. The emphasis is always on the written word, with titles range from the obliquely pithy to the openly sarcastic: ‘Esoteric Erotica’, ‘What Was Mundane Had Become Precious’, ‘How To Save A Drowning Sorrow’, or ‘It Might Be My Fault You’re A Terrible Person, But You’re The Terrible Person.’

Ultimately, what the book made this reader do was sit down for a while and think about the titles, some more deeply than the others. It revealed the wisdom behind ‘What Was Mundane Had Become Precious’, for instance, and how it contained a world of possibilities, a possible reference not just to how we look at everyday life, but how we treat the people around us.

The back of the book featured another painted cover, a probable clue to how we must approach this: ‘It’s Not Going To Be What You Think. It Can’t Be Described Properly, Or Understood Easily. It’s Everything To Me. It May Be Nothing To You.’ That could, in a sense, be used to describe almost any book ever written. Wasn’t everything open to interpretation? Wasn’t a book often more precious to an author than a poorly engaged reader?

Looking for more of their work online, one may stumble upon a feature on Dumontier and Farber that describes them sitting around, drinking beer, painting, and talking about what they have painted. Library feels like sitting in on that kind of discussion, the work of one creator melding into that of the other, their conversation slowly creating a picture of what the inside of their heads must look like. It makes for an intriguing picture.
Library
Michael Dumontier & Neil Farber

We can’t believe this book release slipped through our grasp last year, as one of our favorite art series of the p...

A mix of familiar and new names makes up the five finalists for the 2014 Sobey Art Award, announced Wednesday in Halif...