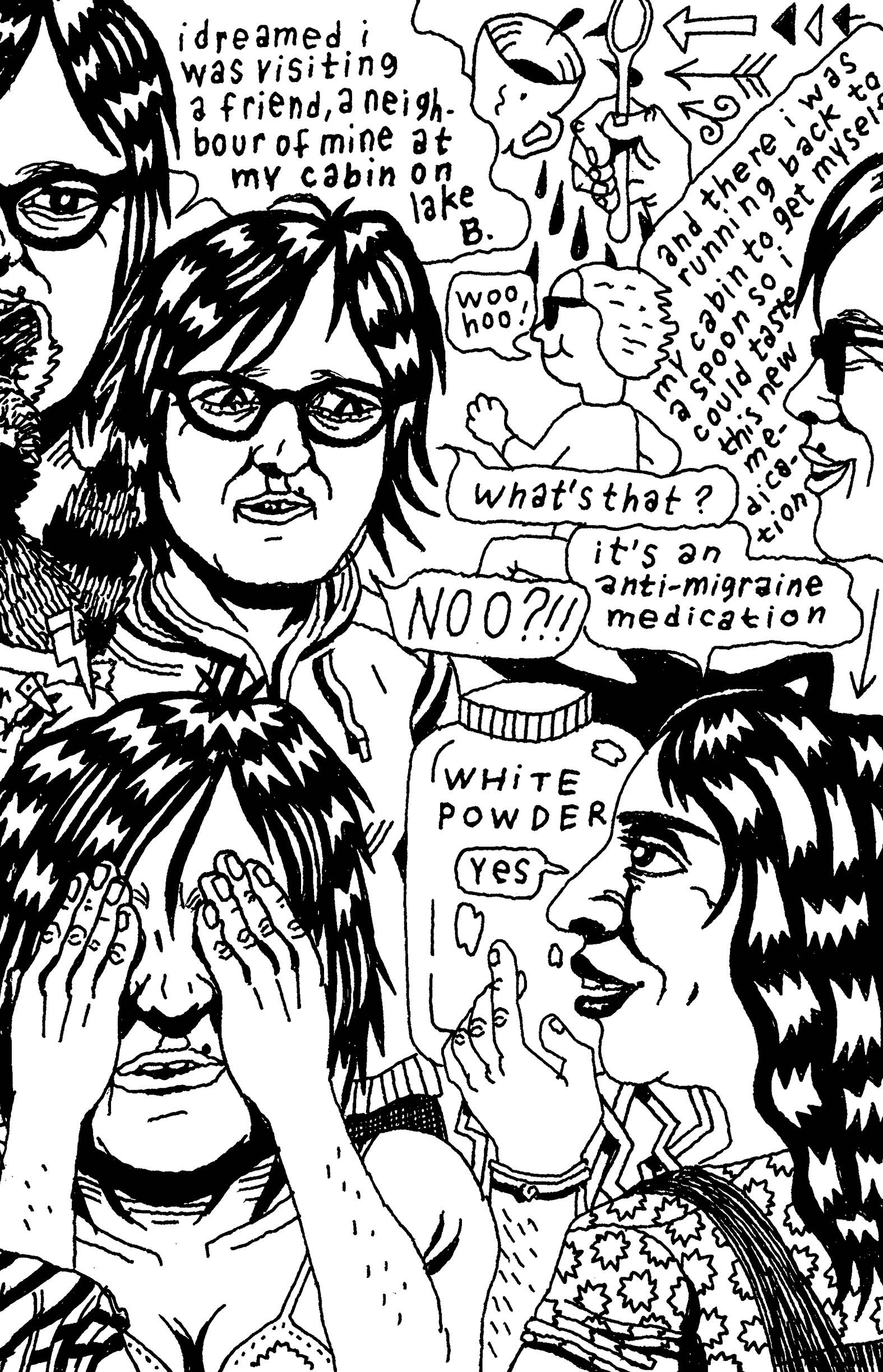 With its lack of inhibition and disregard for pat categorization, Plotte — the title is Québécois slang for vagina — became a source of inspiration for other comics makers. “She has this sort of freedom in her work, writing about her experiences and things that seemed taboo,” said the artist and cartoonist Jessica Campbell. “Rave,” Campbell’s queer coming-of-age comic, was partly made possible by the permission she found in Doucet’s illustrations.

But being a woman in a male-dominated industry was exhausting, and the painstaking work of making brutally revealing comics was neither easy nor lucrative. In the early 2000s, to the surprise of her fans, Doucet quit. She decided that she would no longer draw comics; perhaps she would not draw at all.


For a while, she went back to printmaking, her specialty as an art student. “But fairly quickly,” Doucet said in a phone interview, “I went back to using words in whatever I was doing.” In the meantime, Drawn & Quarterly issued “Dirty Plotte: The Complete Julie Doucet.” Here, in a convenient two volumes, was her vulgar, autobiographical, fantastical explosion of gender, self-expression, and identity performance.

It was while “Dirty Plotte” was being prepared for publication that Doucet revisited her diaries and recalled a brief affair with a man she calls the Hussar. The result is “Time Zone J,” which will be published by Drawn & Quarterly on April 19, marking Doucet’s return to comics after a two-decade break.

As a child, she had enjoyed drawing crowds, which went well with a new way of working. “I didn’t want to go back to drawing the way I used to,” Doucet said, “so I took anatomy books, I took a lot of magazines — like old National Geographics — and tried to draw people properly, just to try to break the old ways of drawing.”

Improvising from the bottom of the page and moving up, across five sketchbooks, Doucet created a background of mostly female faces, including her own at 52. “I’m surrounded by women in my life now, I guess, so it’s my natural environment,” she said.

Against this crowd, she unfolds a deceptively simple story: Boy writes letters to girl, who, charmed and intrigued, travels to France, where he is doing military service. The images do not obviously correspond to the story being told, and the reader is advised to read the book as she drew it, from bottom to top.

“I wanted to slow down the reader’s experience,” Doucet wrote in an email, “I wanted them to get lost in the crowd.”


“Time Zone J” takes its name from something the Hussar tells Julie: The Earth is divided into 25 time zones, each represented by a letter, with the exception of J. And so “Time Zone J” is an imagined corrective, a temporal anomaly where the present-day Doucet can observe her past self. “The past,” as “Time Zone J” tells us, “it’s like a big sugary milkshake”: too tempting, too sweet, too easy to consume too quickly. Quietly, subversively, as is her way, Doucet proceeds to spike it, refusing sentimentality in order to provide an autopsy of youthful abandon.

“We have this great thing going on where she’s revisiting a narrative construct she’s created, but she’s doing so as a middle-aged woman, who’s not trying to misrepresent herself,” Anne Elizabeth Moore, who wrote a book about Doucet with an unprintable title, said in a phone interview. “We don’t have many models for female comics creators who do that.”

But even as Doucet is trying something new, the comics world seems to be catching up. In March, she was awarded the Grand Prix at the Angoulême International Comics Festival, the biggest prize in French comics. She dedicated her prize to “all the women authors of the past, present, and future.”

She is only the third woman to win in the festival’s 49-year history. “I still can’t believe I did win. It’s incredible.”

In her 50s, Doucet continues her matter-of-fact revolution: Rather than simply returning to a comics world she helped shape, she is again reinventing it by simply doing things as she wants them done.

She doesn’t know what she might do next, she said. “The only thing I know is that I would like to work with color.”

Rick Moody Reviews David B. in the NYTBR

MY MOST SECRET DESIRE in Nashville City Paper

A startling, unnerving and enthralling graphic novel, My Most Secret Desire is a dream diary by cartoonist Julie Doucet....