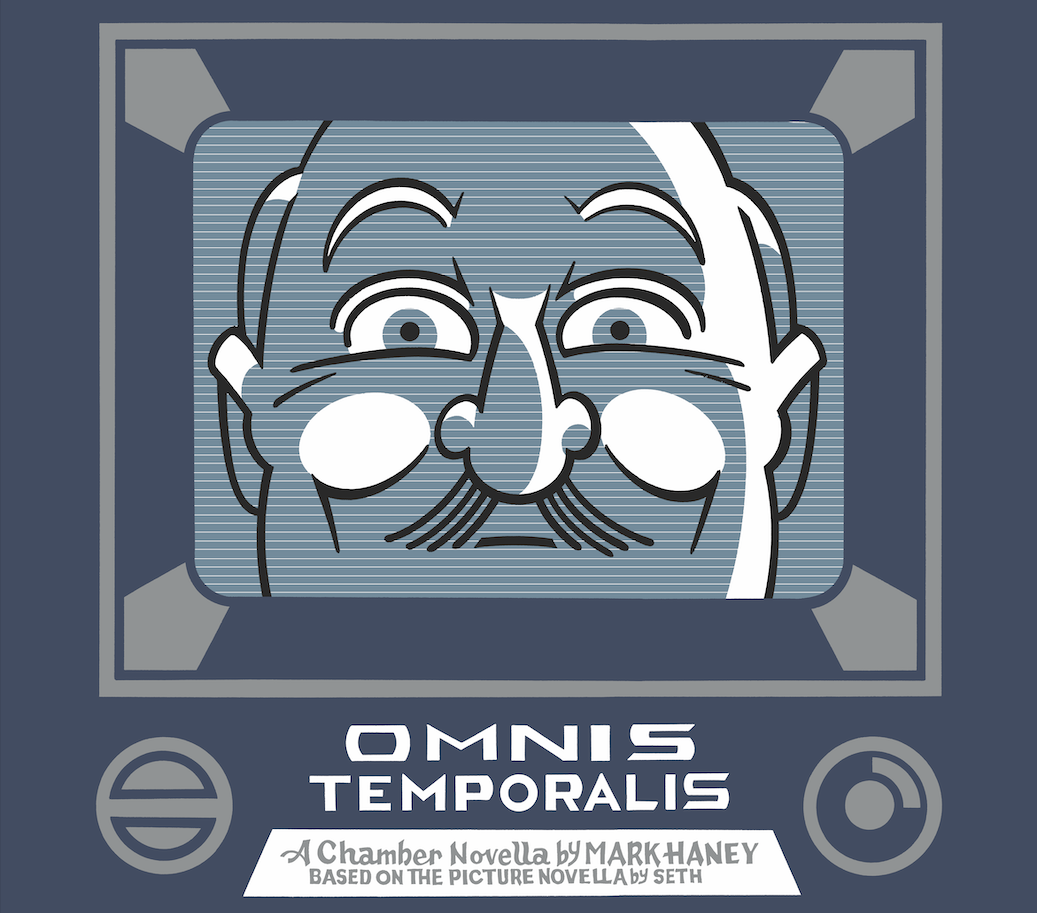 Seth is the creative name for Canadian cartoonist Gregory Gallant. He is best known for his comic book series Palookaville, graphic novels It's a Good Life If You Don't Weaken, Clyde Fans, Wimbledon Green and for designing the complete collection of Charles M. Schulz' classic comic strip Peanuts. And in November, a project of his from over a decade ago is gaining new life – and becoming even more of a hipster object that it originally was, if that's at all possible. Seth's graphic novel George Sprott (1894-1975) is a fictional tale of George Sprott, the host of a long-running television program.

First serialized in The New York Times Magazine "Funny Pages" and collected in hardcover in 2009, it tells a series of events forming the patchwork of George's life, pieced together from the tenuous memories of several informants, who often have contradictory impressions. His estranged daughter describes the man as an unforgivable lout, whereas his niece remembers him fondly. His former assistant recalls a trip to the Arctic during which George abandoned him for two months, while George himself remembers that trip as the time he began writing letters to a former love, from whom he never received replies. Characters lamenting societal progression in general share the pages with images of antiquated objects―proof of events and individuals rarely documented and barely remembered. Likewise, George's own opinions are embedded with regret and a sense of the injustice of ageing in this bleak reminder of the inevitable slipping away of lives, along with the fading culture of their days. And as hipster as all hell. A modern opera by the artistic director and musician Mark Haney.

Omnis Temporalis remixes elements of Seth's George Sprott to bring the main character and several other residents of Dominion to life, telling a story of time, memory, loss, and the ties that bind. Featuring the actor and voice artist Richard Newman as George and soprano Dory Hayley as Daisy, the cast also includes many well-known Canadian actors. Omnis Temporalis: A Visual Long-Playing Record is part chamber music, part song cycle, and part audio drama, with a trio of alto flute, cello, and double bass tracing parts of George's life as we accompany him through the last day of his life. Seth says that "something strange happens when you pass your work along to another artist for interpretation. It goes away a relative and comes back a stranger. Lines of dialogue I had written in my graphic novel, now spoken or sung by actors, were odd and moving. I could suddenly recognize from what wellspring of emotion they had originated in me. A truly moving experience." George Sprott (1894-1975) and Omnis Temporalis: A Visual Long-Playing Record will be published on the 2nd of November, 2021

For 4 days throughout the first week in August, Seth wrote a daily diary in one of Canada’s National newspapers. ...