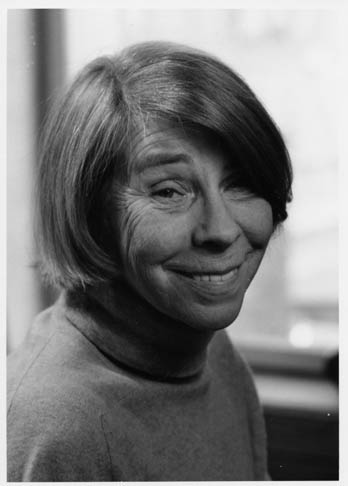 The Finnish author and illustrator used her books to subtly challenge views on how women should live and behave. Now, those stories are part of an Oxfam campaign to empower women around the world.

Post-war stories about Finnish trolls might not be the first place you would look for feminist icons, but the more you discover about the women in Moomins creator Tove Jansson’s life, the more it makes sense.

“I’m not sure Tove ever used the word ‘feminist’, but she was one in every sense of the word,” says her niece and creative director of the Moomins Characters brand, Sophia Jansson. “She challenged a lot of the assumptions that were still held by society about how women should live at the time – for example, that they should stay at home and dedicate themselves to bringing up children. She was all about daring to make choices that are not necessarily easy. She defied convention and that made her quite exceptional.”

The books are full of strong female characters, from straight-talking Little My, to calmly confident Moominmamma, and it is significant that those based on real people were all women. The stories are being used as part of a collaboration with Oxfam, which will see Jansson’s Moomin artwork used to help empower women all over the world and raise them out of poverty through donations from sales of a range of new products based on Jansson’s short story, The Invisible Child.

On the one hand, Moominmamma – always clutching her handbag and providing picnics – might not seem an obvious feminist role model. But the character was based, Sophia confirms, on Jansson’s own mother, Signe Hammarsten-Jansson (known as Ham), an artist who instilled a fierce work ethic into her daughter. Like Moominmamma – who is the only one to recognise Moomintroll after he is transformed by a magic spell in Finn Family Moomintroll – she had a deep understanding of her child. Jansson wrote in a letter to her friend Eva Wichman: “Ham can see through every disguise, because she loves me.”

The Moomin stories were also a way for Jansson to pay homage to the women she loved romantically, in a time when it was illegal to be a lesbian. First, her former partner Vivica Bandler appears alongside Jansson as the characters Thingumy and Bob, two inseparable creatures who keep a red ruby hidden in a suitcase (a metaphor for forbidden love). She wrote to Bandler: “No one understands their language, but that doesn’t matter so long as they themselves know what it’s about.”

Later, you find her long-term partner, Tuulikki (Tooti) Pietilä, in Moominland Midwinter as the optimistic Too-Ticky, a character who is able to quell Moomintroll’s fears and help him embrace independence away from his family.

Meanwhile, in Moominpappa at Sea, Moominpappa is determined that everyone should rely on him, yet the three female characters who follow him (Moominmamma, Little My and the Groke) all manage to define their own narratives. Even the Groke, the chilling spirit of winter and death, manages to find power in her own isolation: “She started softly, but gradually her song of loneliness had got louder and louder. It was no longer just sad, it was defiant, too. ‘There’s no other Groke, I’m the only one.’’’

In part thanks to the support of these women and the characters they inspired, Tove’s entire life was filled with bold decisions: selling satirical cartoons mocking Hitler; opposing war; choosing not to marry or have children; and turning down Walt Disney’s offer to buy the Moomin brand. She was the writer, illustrator, designer and controlled the business side of her creation, not trusting anyone else to do it justice. “She wasn’t willing to compromise on her beliefs,” says Sophia. “Her work says: ‘This is me. This is who I am. Take it or leave it.’”