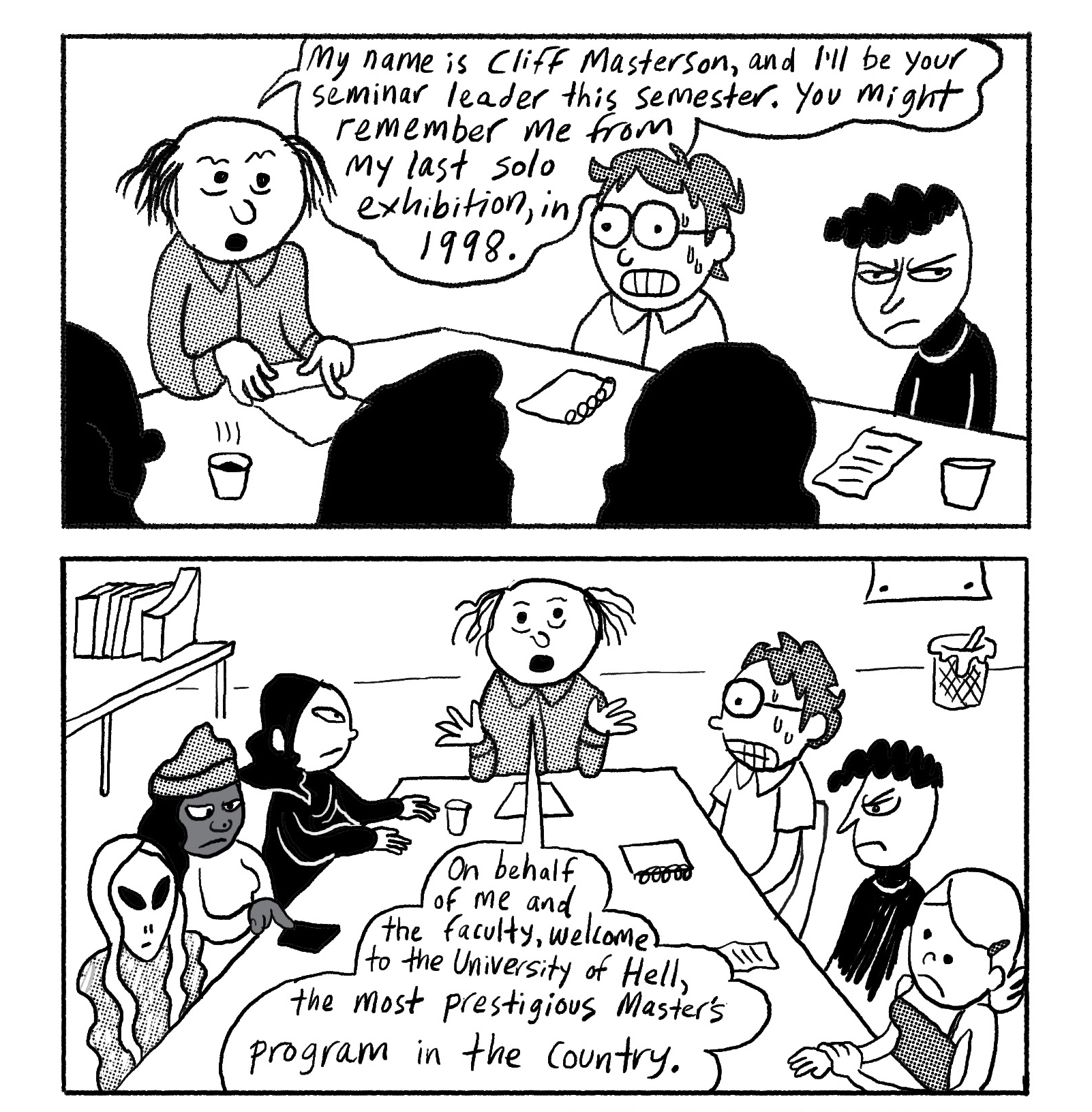 The Best Graphic Novels and Memoirs, According to Experts

“Grass is one of the more recent graphic memoirs that I’ve read that really touched me,” says Wong. She explains that it’s “not an easy read”: It tells the story of a Korean woman taken hostage during World War II to be a comfort woman for Japanese soldiers. “It is a very dark time in history, but it’s an important one to learn about,” Wong says. Radtke echoes these points, too, calling it a “devastating” book that “everyone should read.” Done in the style of traditional Chinese and East Asian ink-wash painting, the artwork in Grass is “very evocative” and “matches the story well,” according to Wong.

For a lighter, “deeply hilarious” read, Radtke and Korn love Walter Scott’s Wendy: Master of Art series. “I absolutely adored being an interloper at the University of Hell, Canada, alongside Wendy as she pursues her MFA,” says Korn, who enjoyed delving into the “chaotic, hilariously art-world antics.” Both she and Radtke recommend this for artists specifically, since “anyone who’s ever been to art school, or wanted to be an artist or, like, failed in an artistic endeavor will see themselves in their pages,” Radtke explains. Adding to the situational humor, “the lines in the book are funny,” says Radtke who thinks the “classically comic” style further communicates Scott’s jokes. “The characters pulsate and sweat and look visually like the caricatures that they are,” Korn explains. “For example, the most accomplished student in the program, who is almost otherworldly, is drawn as a literal alien. When the students gather at a bar and get increasingly drunk, their faces begin to turn into scribbles and slide off their skulls.”

Davidson and Hetland recommended The Hard Tomorrow by Eleanor Davis. The graphic novel follows a couple as they try to conceive and build a home, all while political strife builds in the world they live in, too. “It’s a book that came out prior to the events of 2016 and is a story crafted from Davis’s fears of where the country was headed,” Hetland explains, adding that it “feels deeply personal in how it talks about the choices we make for the future.” Davis’s artwork portrays “deep-seated feelings that can be hard to name or pinpoint,” Hetland says. “Describing how someone feels or their internal thoughts just isn’t as poignant as bearing witness.”

Eleanor Davis is an essential voice in contemporary comics, constantly experimenting with form to tell stories that surp...

Publishers Weekly on The Hard Tomorrow

“Davis presents her protagonists’ messy humanity in a kind, plain light… [seeming] to argue that any life ...