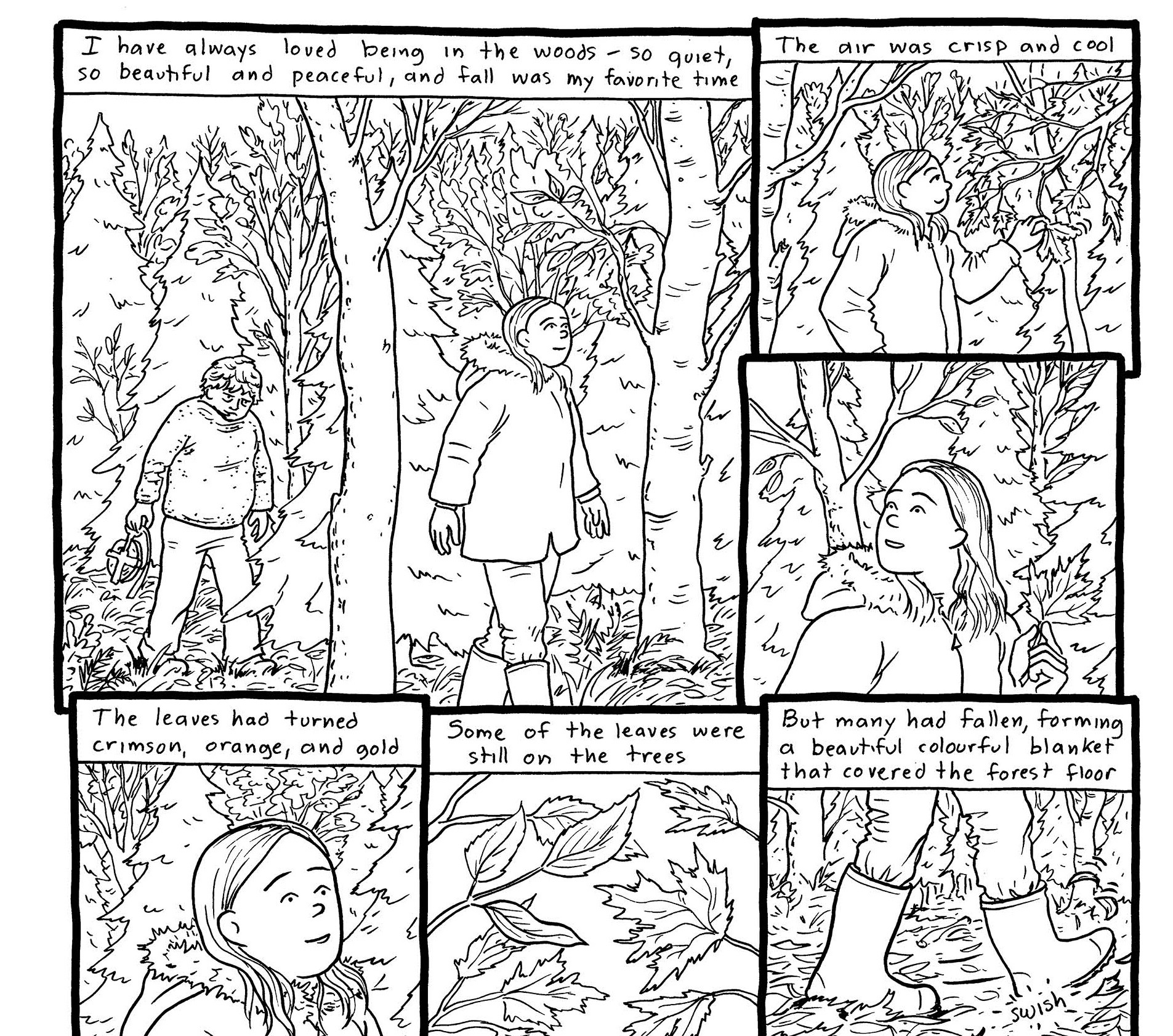 In Carrington’s graphic memoir, Our Little Secret (Drawn & Quarterly, Feb.), she pursues legal action years after being sexually abused as a child by a trusted neighbor, but an inept lawyer and fraught system generate more trauma.

How did you approach trying to heal in a world that seemed to actively fight against it?

The journey of healing was a random reaching out to everything I could think of. You have these feelings, but the outer world doesn’t validate them and won’t listen. So you start to wonder if you’re crazy. I had the help of psychologists and I had some family support, but in the end I had to turn away from the outside world and explore the inside world. The places I was going to have to go in my own head were frightening. But every other way I had tried had been blocked.

I was really struck by the work’s imagery. How did you choose the details and visual metaphors?

I learned about the connection between the conscious and subconscious in mythology. Every single one of those images came into my head. “There’s a maple leaf, there’s a blue jay, there’s flies.” I didn’t know why, I just drew it. I had to let go of plot.

I tried to have this story come out by writing creative nonfiction and poetry. It left the story inside me. I don’t necessarily see myself as a writer or an artist. Maybe I will in time. I see myself as someone for whom this is the way that stories come out of me.

How has it been to bring this story public?

When someone tells you a story is a secret, it locks inside you and nags at you. The feeling of being silenced not only by [my abuser] Richard but also by the legal system was more than I could live with. The feeling of getting it out, the main feeling I have is relief.

I’ve been careful who I share the story with. Deep down some part of me still thinks Richard can still do something bad to me. I’ve only shared it with one other survivor. She read the whole thing and couldn’t put it down. At the end she said she felt angry that I didn’t get justice. She was angry at what had happened to her and said she was going to try to bring some things to light.

Is there anything else that you wanted to touch on?

So much of the time, we’re told, “You can’t say his name.” The major goal of the legal system was to protect Richard. I have no intention of doing Richard harm, but I don’t feel I should be prevented from saying his name.