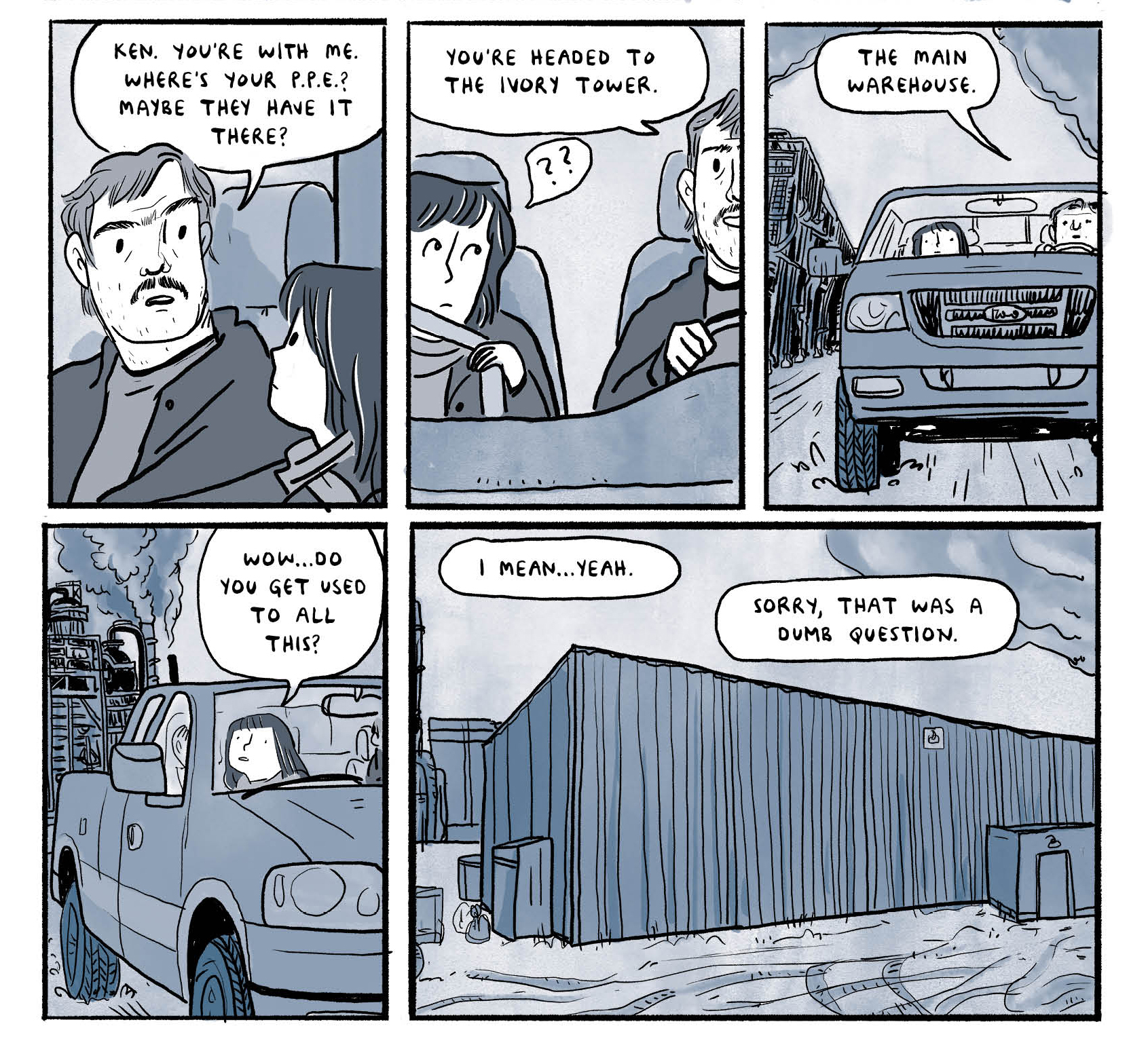 Ducks is named a must-read by The Beat

We’ve given you a big preview of some of the most anticipated graphic novels of early 2022, but September will see one of the biggest releases of the year: Kate Beaton’s Ducks: Two Years in the Oil Sands. The cover was just revealed at LitHub.

Arriving in Fort McMurray, Katie finds work in the lucrative camps owned and operated by the world’s largest oil companies. Being one of the few women among thousands of men, the culture shock is palpable. It does not hit home until she moves to a spartan, isolated worksite for higher pay. Katie encounters the harsh reality of life in the oil sands where trauma is an everyday occurrence yet never discussed. For young Katie, her wounds may never heal.

Beaton gained famed for her hilarious Hark! A Vagrant webcomic, a frothy romp through literature and family relations that hit the bestseller lists and earned her a Beat Comics Industry Person of Year nod in 2011. Since then she’s worked on kids books like King Baby…but the story she tells in Ducks was never far from her mind, she told Lithub:

“‘I had this book in mind for many years before I brought it to Drawn and Quarterly, and it took me that many more to create it,” Beaton told Lit Hub. “It has lived in my mind for a long time. Of course, it is my own memories, so it has lived with me since they have existed, but my time in Fort McMurray had such an impact on me that I think I have been subconsciously been sorting those memories into panels before I even knew I was doing it as a way of catharsis or release—it is the comic artists’ natural exercise. In short, this was a book I had to make—was always going to make. But now on the eve of a wider audience reading the thing that I have held on so tightly to for so many years, I find myself nervously pacing the rooms I’ve emptied out from my memory into the book. I wanted to bear witness to what has stayed with me so indelibly, I wanted to get to the heart of it, I hope I have. It is a funny place, with the book off to the printers now after so long, to be here in the empty room, waiting to find out.”

You can preorder the book via Bookshop, and the blurbs for the book are impressive. Among them.

I’ve been looking forward to this book for years just based on fragments that Beaton published on her website. Although the subject matter is harrowing, I know it’s a story that she had to tell – and that we all need to read.

Read more at the link above.
Ducks: Two Years in the Oil Sands
Kate Beaton