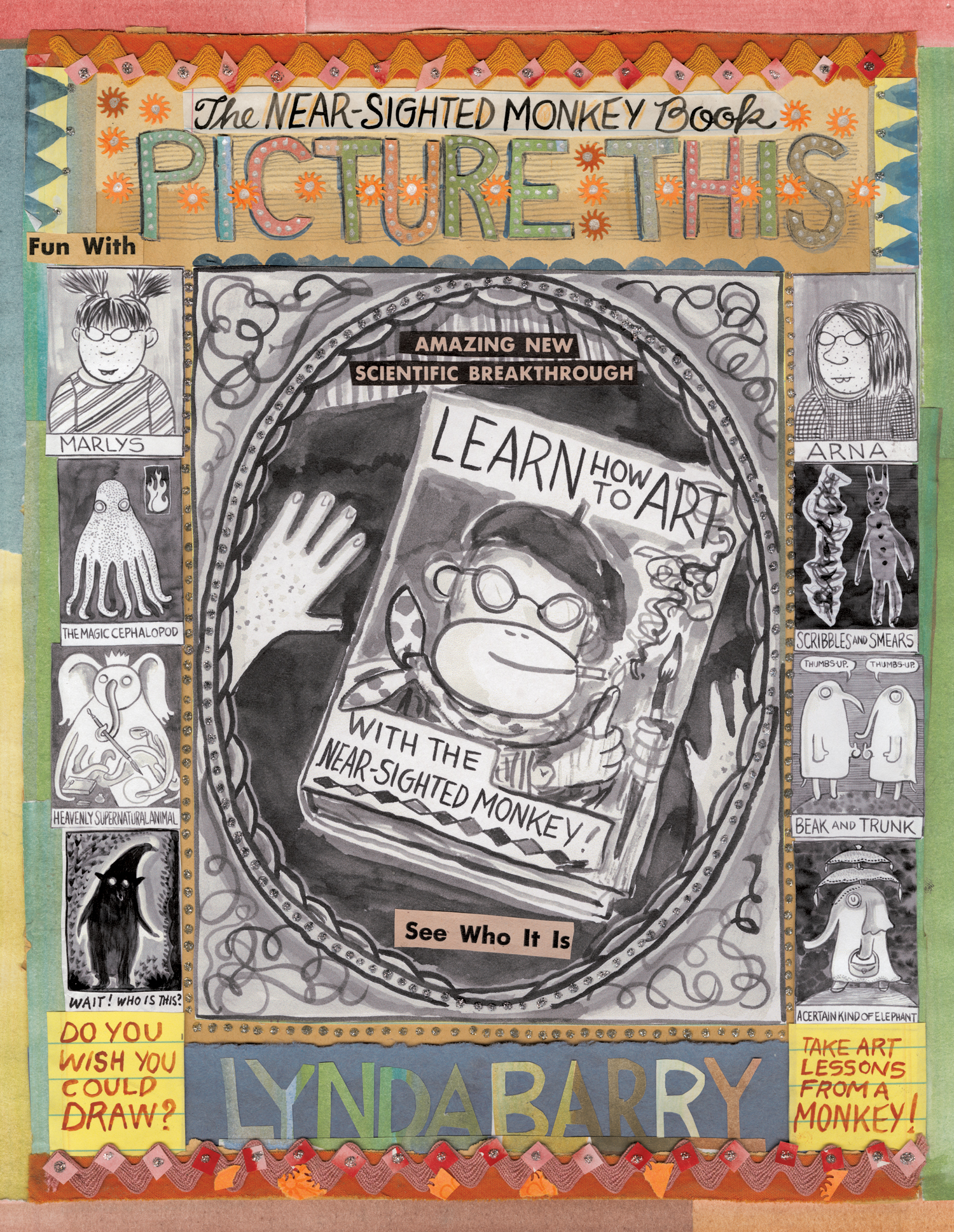 One way of thinking about drawing style in comics is to reduce it to a single axis: the continuum of styles between "raw" drawing and "cooked" drawing. Those terms are borrowed from Robert Lowell, who, in turn, borrowed them from anthropologist Claude Levi-Strauss and used them in 1960 to describe two competing schools of American poetry. In comics, it's not a competition—art-comics are a little too collegial for that. But it's easy to reframe Lowell's ideas to describe what cartoonists do. Raw drawing is (or presents itself as) the barely mediated expression of the artist's impulses: it eschews rules and straight-edges, it flows directly out of the brush, it bubbles over with life. Cooked drawing originates in the conscious mind: it's precise and rigorous, with a firm distinction between "correct" and "incorrect" execution, and it's best suited to carefully planned narratives. Raw vs. cooked isn't a useful way to classify most cartoonists; most of them work somewhere between those two poles, and a lot of them change their position on the line from moment to moment. But the Canadian art-comics publisher Drawn & Quarterly has just published a pair of remarkable books that perch near opposite ends of that spectrum.

Lynda Barry, the creator of the weekly strip "Ernie Pook's Comeek," is about as invested in raw drawing—as a practitioner and advocate—as it's possible to be. Her new book Picture This is a companion piece to her earlier What It Is, which was a sort of illustrated version of her famous "Writing the Unthinkable" workshops; that one was a bunch of images and doodles and personal stories surrounding a set of writing exercises, and this one is a similar framework for drawing exercises. For Barry, though, they're very similar processes; they're all about putting a pen or brush down on paper and moving it until something comes out. Drawing, she claims, is "not something that you are good or bad at. It's something else. You move your hand and you scribble all you want and it feels very good."

As you might guess from that description, Picture This isn't particularly structured, and it's very scribbly. Its interior is in the form of four quarterly issues of an imaginary magazine, and its focus is whatever Lynda Barry feels like drawing that day. (Which means, of course, that it's gorgeous; part of why drawing feels so good to her has to be that funny pictures and wonderful shapes appear where her brush meets the paper.) There are questions meant to spur readers into making marks of their own ("Why do we stop drawing? Why do we start?"); there are panels and strips about Marlys, the pigtailed protagonist of "Ernie Pook's Comeek"; there are pasted-in words and phrases from old magazines and school papers; there are a bunch of images of a character that Barry calls the Near-Sighted Monkey. (Barry's pleasure in drawing it, a kind of ultra-stylized self-portrait, is palpable.) Most of all, there are decorations: hand-scalloped borders, circles and blocks and leaf shapes, flowers and curlicues.

Barry jokes that "if you use coloring books past the age of ten, you will wreck your imagination forever"; then she provides a bunch of shapes to trace and color and cut out, as well as a diagram to make "a chicken in winter." Is it possible to make the leap from thinking about tracing and cutting out a chicken shape to actually doing it? Not easily: Barry notes over and over that children are willing to take the risk of making pictures in a way that most adults aren't, but maybe the reason for that is that some adults—like her—have a gift for it, and others don't. And the suggestion that raw self-expression is not just a universal right but a universal delight is a little disingenuous coming from someone who's so good at it.

Way over on the other side of the stylistic scale is Chris Ware, whose artwork is cooked to the point of falling off the bone: perfectly geometrical shapes, micro-calibrated line weight, flawlessly composed images that strip everything down to iconic simplicity. The ACME Novelty Library 20 is the official title of his new book (the creator is identified only as "F. C. Ware" in the book itself), and it's the twentieth in a series that he's been publishing since 1993 (first as individual stapled comics, more recently as hardcover books). The only word that appears on its front cover, though, is "LINT": this is the life story of one Jordan "Jason" Wellington Lint, from birth to death. It's apparently a chapter of Ware's work-in-progress "Rusty Brown," but it's also a standalone volume, formally complete in itself.

Jordan Lint, like most of Ware's protagonists, is a genuinely pathetic person, although of a different ilk than the nebbishy Jimmy Corrigan or geeky Rusty Brown. Lint's world is one of privilege and instant gratification: he obeys every impulse he has, no matter who it hurts. That, of course, means that he's a moral failure every step of the way. ACME 20 runs through the crucial moments of his life as he experiences their importance—and they're not necessarily the moments that are most important to other people, as we find when off-panel events surge up from his past.

Ware, a master formalist, has actually worked up a new set of storytelling tools for this particular volume. Lint's world is dominated by language, and oversized words (that stick out in his experience) are graphic elements on almost every page. So are arrays of tiny dots, another kind of lint. At the beginning of the book, a set of Ben-Day dots form the face of baby Jordan as his consciousness coalesces and he speaks his first "mama." And at the end, as elderly Jordan is dying, his world disintegrates into dots again, as he thinks "am I... am... am..." Which, of course, bleeds through the back cover to appear, in almost imperceptible white type, as "ma... ma...."

All this precision pays off emotionally. There's a phenomenal page where we see that teenage Lint has gotten into a car accident—which we later understand has killed his friend in the passenger seat—while getting high behind the wheel. Every single graphic element on the page is significant: the huge red stop sign has been foreshadowed on the previous page (and echoes a series of little red bursts throughout the book); the spatter of dots representing the moment of impact recapitulate Jordan's birth-of-consciousness image (and are echoed in miniature by the glow of his one-hitter); the "dude" and "whoah" that erupt into the page's white space are his verbal memories of the incident; the images of Jordan lifting his head out of his hands in the hospital waiting room are as tiny as it's physically possible to get away with.

Near the end of the book, there's a section where we briefly move away from Lint's perspective and see a crucial scene from the point of view of his son. All of a sudden, the artwork isn't in Ware's standard style any more, shifting to an all-red palette as it assumes a scraggly, deliberately awkward technique partly borrowed from the super-raw cartoonist Gary Panter for five pages. It's a visual shock, it looks like nothing Ware has ever drawn before, and it drives home one of the story's points—that Lint's carefully conditioned perception of his life is entirely his own, because he's utterly oblivious to the devastation he's caused. It's also not exactly Ware being "self-expressive"—there's nothing unpremeditated about it—but he proves his mastery of his "cooked" style by simulating rawness.

For all its relentless darkness, ACME 20 is at heart a satire. There's a brutally funny gag imagining what a big-box media store will look like a decade or so from now, for instance. And the artist saves some of his choicest barbs for himself, and the limits of the mastery to which he has aspired. On the inside front cover, there's a complicated diagram that's this book's closest thing to an "about the author" paragraph: a schematic illustration of Ware, at his drawing board, producing this volume of The ACME Novelty Library, a labor that he puts in the context of his entire life-span, the amount of time it takes someone to read it—and the size of the entire Milky Way galaxy.

Dimitri Katadotis of The Montreal Weekly THE HOUR spotlights one of the “finest publishers around” D+Q and s...