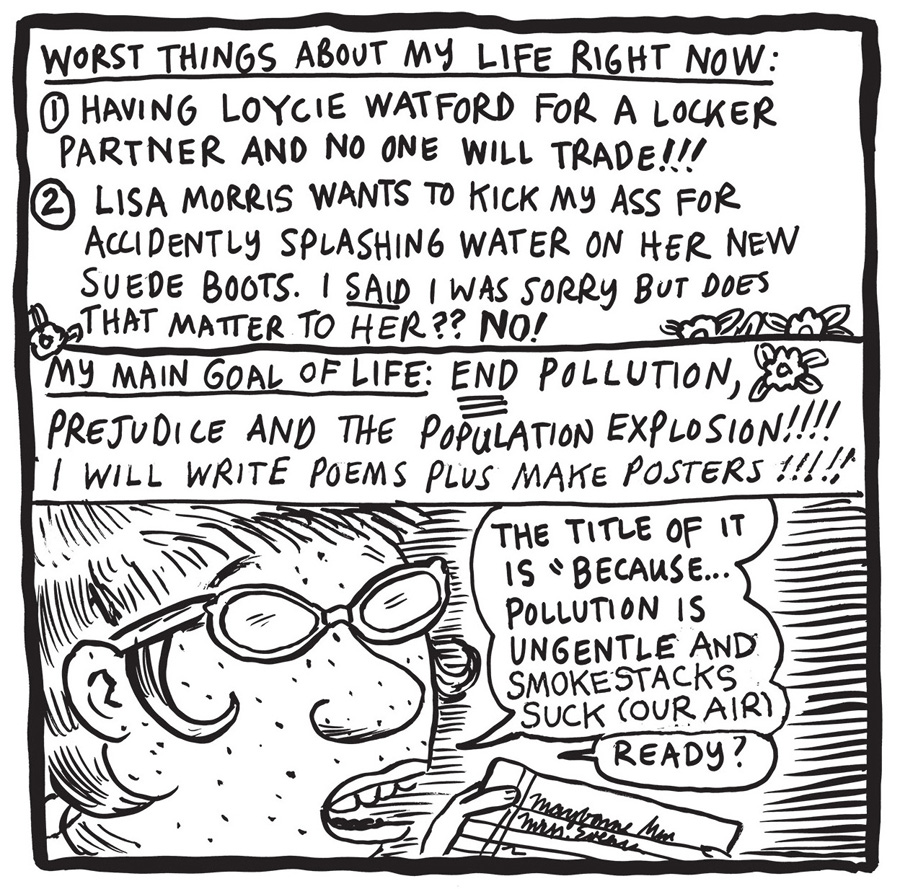 Chicago Reader on Come Over Come Over

Lynda Barry is the North Star

One of my prized possessions is a 1989 playbill from Lynda Barry’s The Good Times Are Killing Me. Before the play’s award-winning off-Broadway run, it was produced here in Chicago by City Lit Theater Company at Live Bait Theater. My sister plucked the playbill from the magical chaos of Ravenswood Used Books and gifted it to me on my 28th birthday. It quickly became the crown jewel of my comics collection. This odd piece of ephemera, with Barry’s drawings of angels and vinyl records spinning across the cover, created a direct and physical tie between me and my favorite artist. Before I came to Chicago to make comics, Lynda Barry was here chasing the same life.

This year, comics publisher Drawn & Quarterly is rereleasing three out-of-print Barry titles. In February, they dropped Come Over Come Over, which originally came out in 1990. The book is dedicated to Robert Roth and the city of Chicago—that is, to a cofounder of the Chicago Reader, and the city where Barry made her name.

You don’t have to dig deep to find Chicago in Barry’s history. She got her big break publishing her newspaper strip Ernie Pook’s Comeek in the Chicago Reader. When she started publishing Ernie Pook, she was still living in Seattle. The weekly strip paid $80 a month—which was almost enough to cover her $99 rent. She moved to Chicago in the summer of 1989 to live closer to other comics creators. Around this time, she created the comics in Come Over Come Over. Many of the bylines are followed by “Chicago, IL.” Some were cowritten with her then-boyfriend Ira Glass. (Barry wrote about their disastrous relationship in her book 100 Demons—and she also gave some piping hot breakup gossip to The Reader back in 1998.)

For the uninitiated, Come Over Come Over is a great introduction to Ernie Pook. It follows the lives of 14-year-old Maybonne Mullen and her precocious little sister, Marlys. The four-panel strips switch between Maybonne’s diary entries, homework assignments, and notes to her best friend. Marlys butts in with a fantasy sequence or bingo card of observations. Maybonne tries her best to see the good in things, but sometimes it’s hard. Her dad drinks too much. Her best friend dumped her. Boys ask her to do things in the park after sundown that leave her feeling used. The linear narrative is a timeless portrait of girlhood, as easy to read as any classic YA novel.