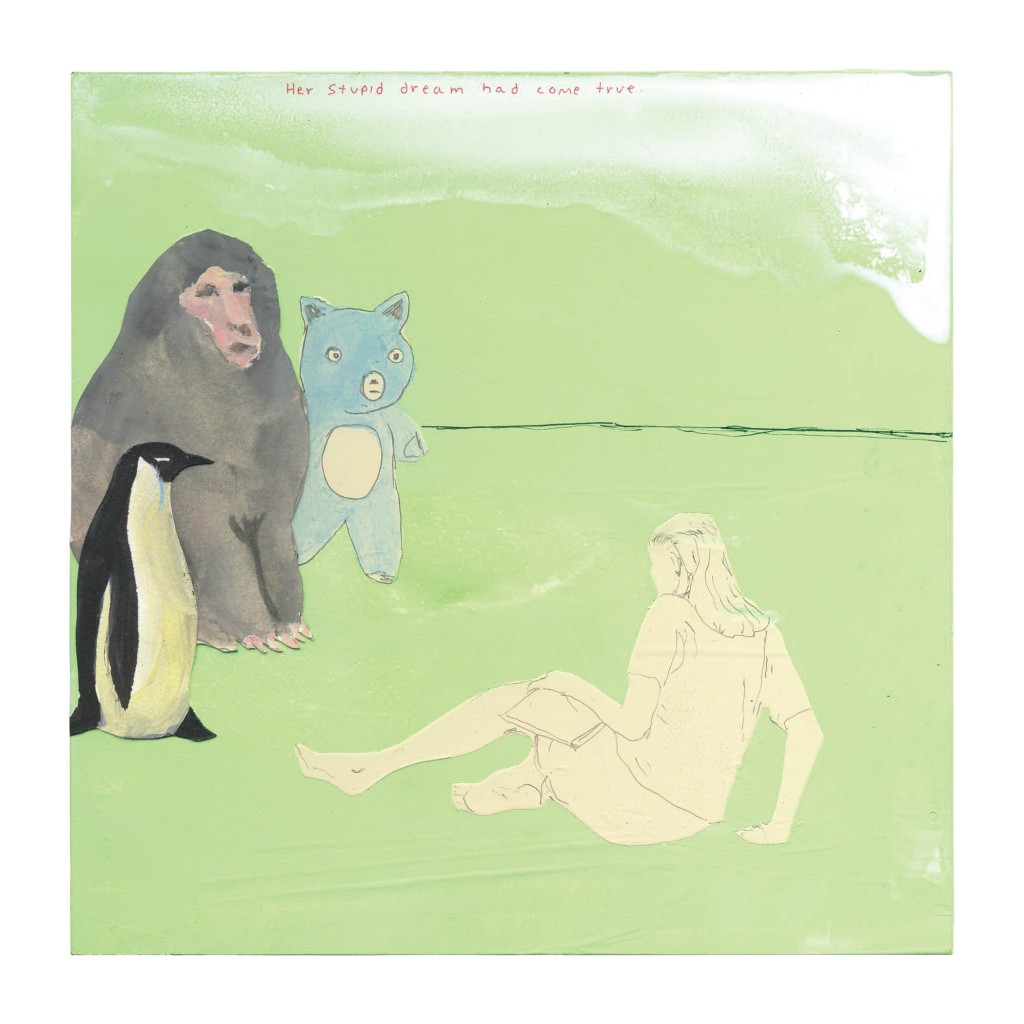 The Sobey Art Award is Canada's pre-eminent award for contemporary Canadian art. The annual prize is given to an artist under age 40, who has exhibited in a public or commercial art gallery within 18 months of being nominated. Michael Dumontier (b. 1974) and Neil Farber (b. 1975) handle paint with a studied crudeness, bringing to mind outsider art's earnest, underdog aesthetic and turning the act of painting - traditionally a serious, solitary affair - into something casual and collaborative.

As founding members of the influential Royal Art Lodge collective, the artists perfected the imperfection of improvisational painting, and their musings with paint and text carry on in that spirit. From a distance, the colourful pictures read like panels of a children's comic - sunny, cheerful, and populated with people, animals, and fantastical creatures.

Up close, they seethe with ironic text and bizarre, downbeat humour. They are profound musings on human psychology, and as we laugh at the absurdity of the artists' imaginary world, we recognize in it the realities of our own. Their works can be found in numerous public and private collections including that of the National Gallery of Canada and of fellow artist Takashi Murakami. Both artists live and work in Winnipeg, Canada.

We can’t believe this book release slipped through our grasp last year, as one of our favorite art series of the p...

A mix of familiar and new names makes up the five finalists for the 2014 Sobey Art Award, announced Wednesday in Halif...