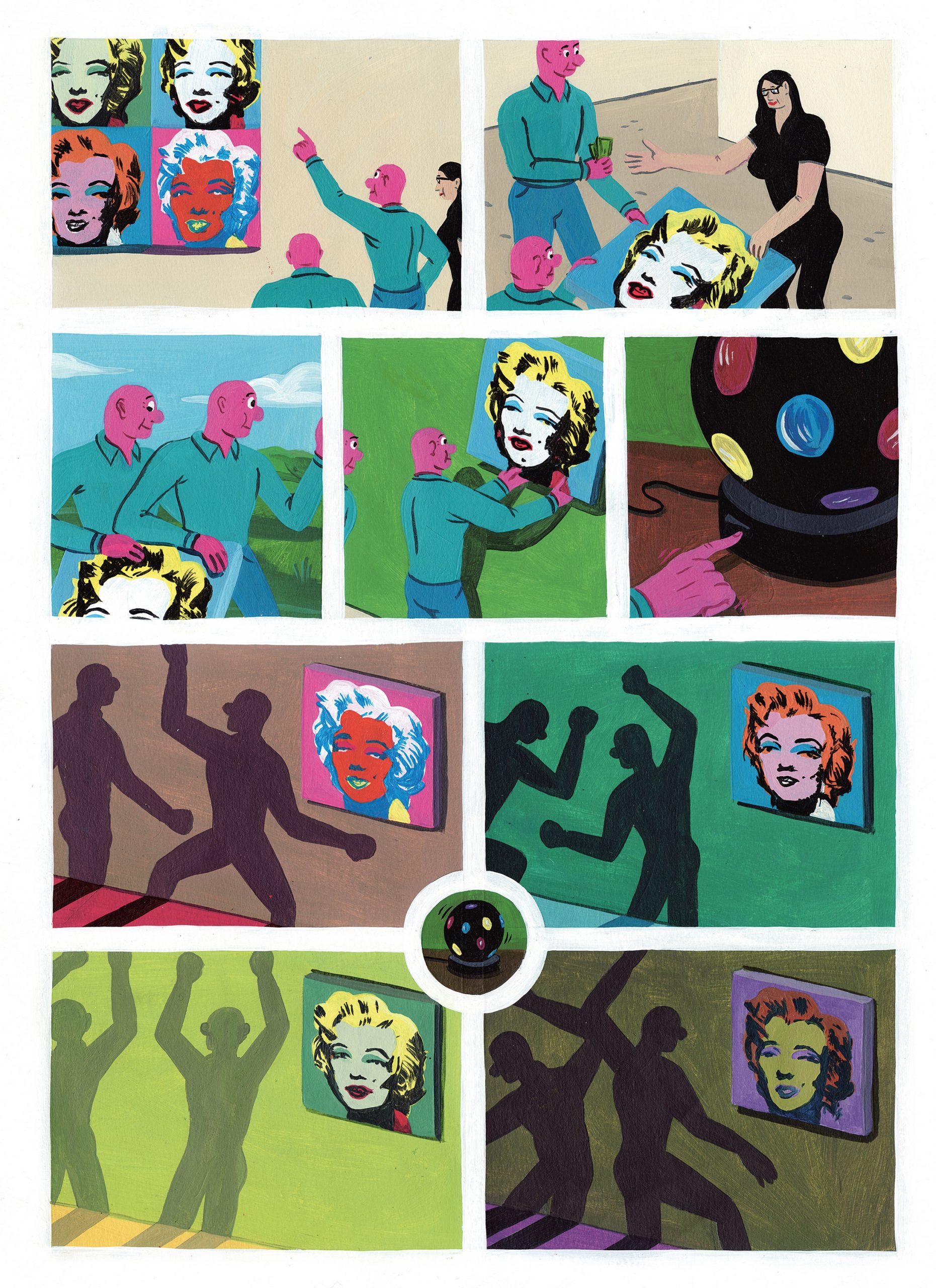 White Cube throws “High” Culture & “Low” Culture into a blender and presses pulverize: Picasso, Tom of Finland, The Muppets, and many more get smashed together and mixed like paint. The resulting canvas is a grotesque hyperworld, hilarious and horrifying at the same time.

Navigating through this crazy jumblescape are two pink-faced wordless twins who grin or frown and thumbs up or thumbs down as they skewer pretentious art world bullshit with vicious Jonathan Swift-style satire.

No art world target is safe from the twins. They attack fashion: one of the twins is walking his pet leopard when he passes a woman wearing a leopard skin coat. The twin pulls out a knife and skins the woman’s dog to make his pet leopard a dogskin coat.

The twins also take on noise music, performance art, and the very idea of representation itself. In White Cube, blurred pixels are often preferable to the actual image; the reproduction preferable to The Thing Itself. In one strip, the twins sit side by side, one reading Black Hole by Charles Burns and the other reading Walter Benjamin, most noted for his 1936 essay “The Work of Art In The Age Of Mechanical Reproduction.”

At the end of White Cube, one of the twins stands in a bookstore between opposing signs. One sign says Comix and the other sign says Art. The Twin gets angry and rejects the false dichotomy by plunging straight through the middle of the bookstore wall. If you like your comics smart, funny and violent, then plunge in after him. You’ll be glad you did.

Classifications of high art and low art are ultimately in the eye of the beholder, and Brecht Vandenbroucke’s debut co...