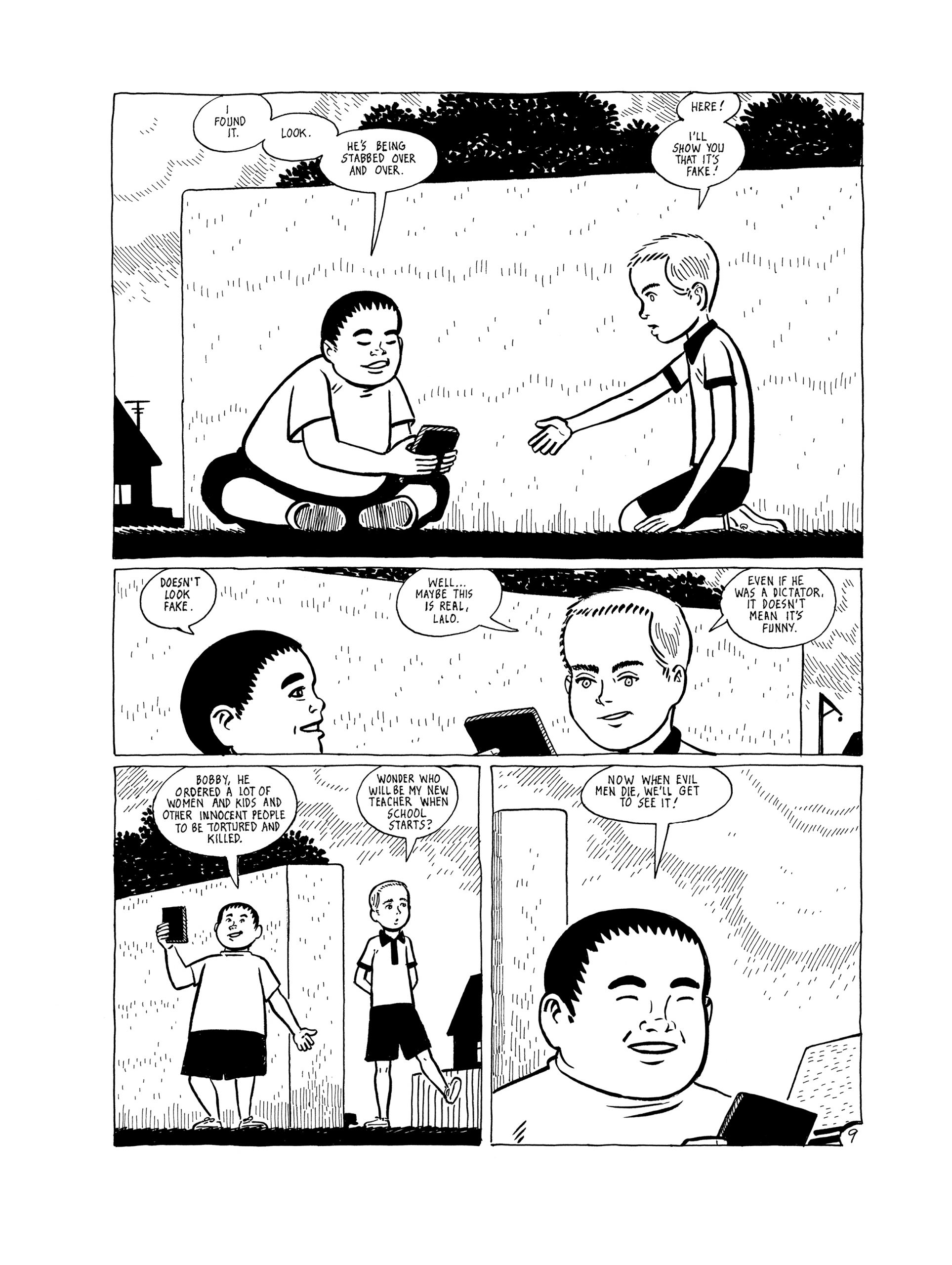 Bumperhead from Drawn & Quarterly is an exploration of life, music, and relationships by Gilbert Hernandez. Hernandez is perhaps most famous for his work with his brothers on Love and Rockets, an alternative comic still progressing after more than thirty years. LikeLove and Rockets, Bumperhead is very poignant in its portrayal of the ups and downs of life with realism as touching as bitter chocolate's taste.

Bumperhead is the story of Bobby's life, broken into five parts, each at different ages. It opens with his childhood, growing up in a neighborhood with friends and bullies. He has a prominent forehead, which of course kids pick on with energetic creativity: "Bumpo," "Bump Thumper," "Ten Ton Bumposity." He carries crushes, makes mistakes about whether peanut allergies are a real thing, and does the best he can in a home with his father who routinely disappears home to Mexico for long stints and a chain-smoking mother who remains aloof.

Part two moves into his teen years, discovering partying, sex, and Alice Cooper. Times are turbulent, and Bobby faces them with varying degrees of success. Gradually, he falls into a zone of detachment, leading into parts three and four with adulthood being a cycle of work, loneliness, violently unpredictable romances, relationships with harder drugs and obesity, and coming to understand his father in a way that baffles even Bobby. The ending part is haunting as an older Bobby reflects back on his life and what came of everyone in it.

Bumperhead takes something of a surreal turn into Magical Realism with technology. Bobby grows up in the 1970s, and yet his good friend Lalo wields a tablet that connects to the Internet. No one bats an eye at the anachronism, even when it dissolves and rematerializes; that is just the way things are sometimes. Most of the tablet's appearances relate back to music, where people ask what the next big musical craze will be. Even though it gives real answers, few believe that something like punk could outlive the ever-popular disco.

As with many of our lives, music is a key component to Bobby's existence and Bumperhead as literature. As he grows, the eras of music change. He argues about the merits of punk against things like disco, progressive, "or worse, country." Beyond the lyrics or tunes, Bobby reflects the lifestyles that correlate with the music. Is it music that prescribes the life, or is it a life that draws to such music? That is left as a mystery, as it is in our own lives.

Through all of its explorations of life and experimenting with the world, Bumperhead also makes for a fascinating graphic novel in its art. Panels are huge, with usually at most six per page and often as few as four. This makes for a seemingly slow, thoughtful pace, which balances well with the quick scenes. Entire episodes are covered in a single page, but thanks to the large panels, they have a depth and wealth that otherwise might be missed. Thus Hernandez expertly shows the rapid speeds of life while still giving a sense of the steady walk of the present, giving us time to ponder even when things are crazy.