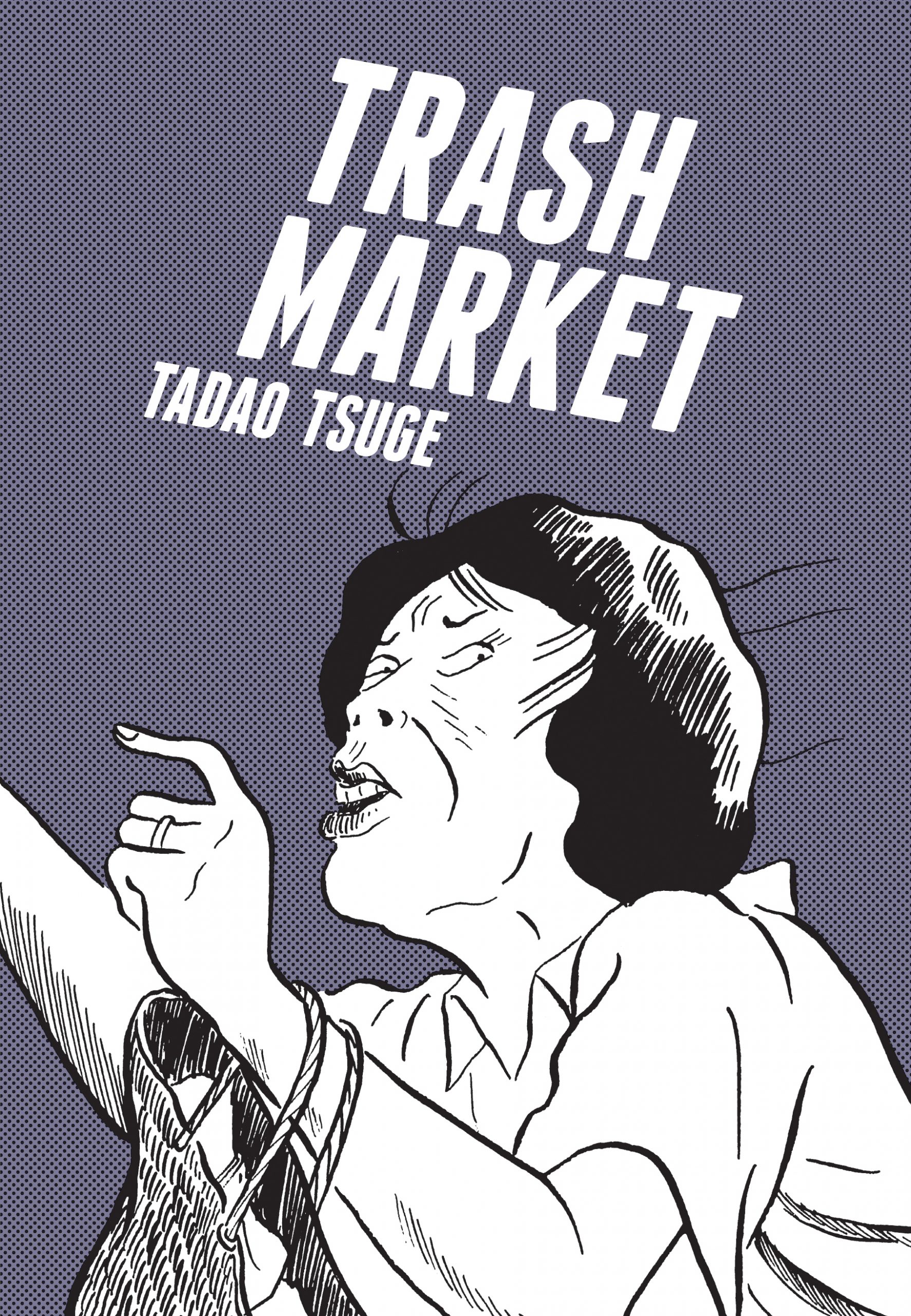 15. Poetry is Useless by Anders Nilseon

The cartoonist’s sketchbook is a genre of its own, and Anders Nilsen’s Poetry Is Useless makes a fine addition to this canon. The variety of different pieces on display reflects the variety of Nilsen’s interests—from mixed-media found photograph collages to figure drawing and desktop doodles, the contents reflect the work process of a capacious talent. There are even comic strips, with round-headed silhouette people debating philosophy at random intervals throughout. Being a sketchbook, it’s impossible to talk about it in terms of narrative or even theme. Anyone familiar with Nilsen’s diverse body of work should find something familiar here, be it the existential nature stories of Big Questions or the desolate sadness of Don’t Go Where I Can’t Follow—there are warm-ups and experiments in every mode here. But as with any other sketchbook, the joy comes in the little details: a quick sketch of Norah Jones’ haircut, for instance, or a quick ballpoint pen sketch of a cat that suggest a speed that belies his typical precision. Nilsen is prodigiously skilled and anyone who enjoys looking over the shoulder of a working artist should be able to while away an hour or two leafing through these pages. [Tim O’Neil]

As this list was being prepared, news broke that Shigeru Mizuki had died at the age of 93. The universally beloved mangaka has been lauded across the world for his contributions to cartooning, a long list of achievements that includes not just the adventures of his most famous character—the one-eyed ghost boy Kitaro—but a substantial body of more serious work. On the heels of their successful translation of Mizuki’s four-part Showa, an autobiographical chronicle of life in 20th-century Japan, comes his single-volume examination of the life of Adolf Hitler. It’s tempting to see Hitler (translated by Zack Davisson) as a companion of sorts to Showa, even if Hitler (released in 1971) preceded the later works by almost two decades. Still, it’s not hard to see the same interests at work here, the same conscientious curiosity animated by a desire—having experienced some of the worst fighting of the war—to peel back the skin covering the origins of the deadliest conflict in human history. As with the later work, Mizuki alternates between a deceptively simple cartoon style and a highly composed illustrative mode for rendering historical detail. With just a few well-placed lines he manages to trace Hitler’s evolution, from the superhumanly self-assured orator of the early 1930s to the pale weeping husk of a man who died in 1945, his physical decay a reflection of the damage wrought on his county and the world by years of total war. Just one more masterpiece from a life spent producing some of the world’s greatest comics. [Tim O’Neil]

For anyone who has read and enjoyed Kate Beaton’s Hark! A Vagrant, Step Aside, Pops! will feel like a comforting homecoming. Beaton is the person you desperately want to have on your team for trivia night: she not only knows way more about history than you do, but has such a great sense of humor that she’ll keep you laughing between questions. History often has a reputation for being dry and boring, but Beaton uses visual gags and an almost lyrical rhythm to the words to prove that once you start including gossip and actual honesty the subject becomes fascinating and hilarious. Her art style is deceptively simple, in black and white with sketchy lines, but where her skill really shines is with expressions and posture. Historical figures you thought were beyond dull prove to be the opposite; advertisements from decades ago show that people have always been absolutely ridiculous. Walking the fine line between funny and informative is certainly not easy, but Beaton’s got a talent for it, including a bunch of notes about where to find more information and great resources for other historical art and ads for interested readers. History may be written by the winners, but if there was a way to get Beaton to contribute to textbooks, people may actually enjoying reading about it. [Caitlin Rosberg]

Tadao Tsuge led a lascivious and licentious life. The cartoonist, whose semi-autobiographical stories are collected in Trash Market, was a stalwart of the alt-manga magazine Garo, and that idiom is apparent in his work. He prefers a detached journalistic perspective, and he likes his subjects really in the mud—poor, troubled, perverse. The farther from making ends meet, the better. This is graphic vérité: fiction comics couched in the language of fact, populated by people who may have been real. Aside from thematic similarities, the only trace of the stories’ authorship is Tsuge’s intrusive, sometimes-crude aesthetic. The way he draws faces and bodies, and the way he relates these bodies can not help but shape an understanding of the work, but he doesn’t play formalist games—no elaborate paneling or ornate composition. He doesn’t drive the reader to obviously intended affect. Tsuge relates the story of the post-war Japanese lower-classes, and it’s never clear that these stories are anything more than narrative qua narrative. This is not a “teachable moment.” Tsuge just wants you to see. He tries to leave the work as unmediated as a comic book can be (a futile effort, no doubt), because he’s not interested in art so much as he in reportage. This is obvious, though his authorial fingerprints smudge the work. Tsuge was striving for something closer to the evening news than Jimmy Corrigan, and while he did fail, that failure is more weird and ambitious than interesting than almost anything else that came out this year. [Shea Hennum]

Answer: This publisher will celebrate its 25th anniversary in 2015 with a 500-page hardcover featuring new and rare...

Drawn And Quarterly’s Tracy Hurren and Julia Pohl-Miranda held a publishing news panel on Saturday at Comic-Con In...