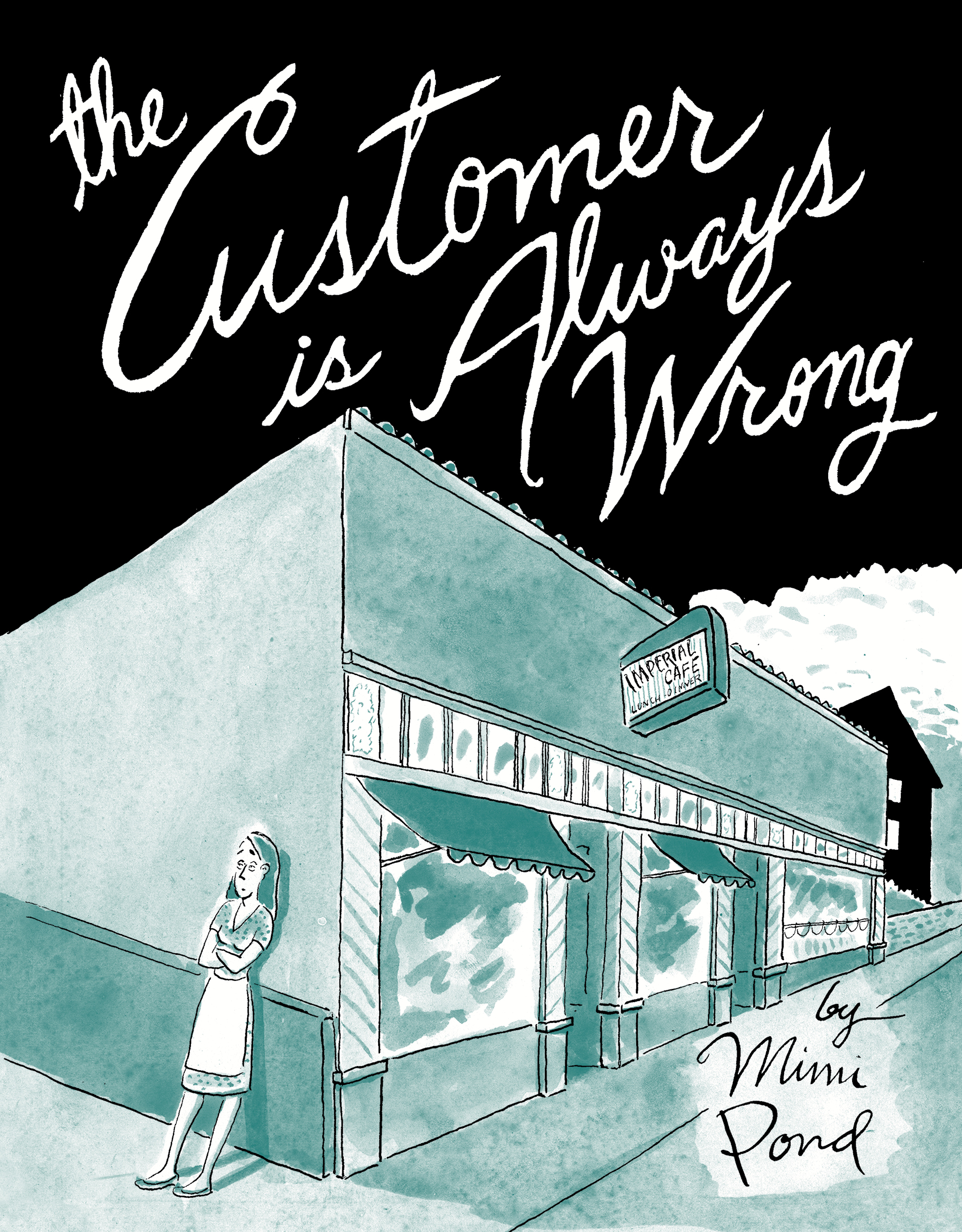 
Mimi Pond is a legendary figure in LA—part of the generation of independently-minded cartoonists nurtured—then dumped—by the alternative media, she also wrote the first-aired episode of The Simpsons (before being expelled from the bullpen) as well as contributing to Pee Wee’s Playhouse alongside her artist husband Wayne White.

Pond’s public image has recently made a quantum leap in the shadow world of graphic novels, with her acclaimed 2014 fictionalized memoir Over Easy, which detailed her day-to-day social adventures after dropping out of the CCAC and getting a job as a dishwasher—soon waitress—at a nearly post-hippy diner in Oakland in the late ’70s.

Her new volume, The Customer is Always Wrong, picks up exactly where Over Easyleft off—vibrating between laid-back hippy self-mockery and seething punk rage. Although the saga of art-school dropout Madge and the colorful cast of Bay Area lowlifes with whom she consorts were apparently split into two for completely logistical reasons, the bifurcation is fortuitous.

Where the first volume chronicles a relatively idyllic period of compromised innocence—sex, drugs, and rock & roll in other words—the sequel delves into more challenging bardos, depicting beatings, murders, heroin ODs, and abortions with the same light attention as the awkward romances and naughty experimentation in Over Easy.

Pond’s lightness of touch is twofold, evident in both her artwork and narrative gifts. Her relaxed, economical black ink line—augmented by judiciously deployed washes of blue—conveys an archetypal bohemian vibe that immediately sets the tone for Madge’s subterranean journey, and is stylistically supple enough to accommodate anything from lyrical interludes to car-chase sequences.

Her fondness for Edward Hopper—mentioned several times in the story—is evident in her carefully observed urban landscapes and architectural interiors, while her characters owe something to the deceptively loosey-goosey renderings of Roz Chast and the frenetically exaggerated body language of Lynda Barry’s Ernie Pook(though Pond’s official mentors were from her time at NatLampCo—Shary Flenniken of Trots and Bonnie fame, and the criminally under-recognized surrealist genius M.K. Brown).

Her writing is equally fluid, shifting from contemplative interiority to slapstick humor in the space of a few panels, focusing in for microscopic views of inner monologues, then pulling back to take in the bittersweet sociopolitical uncertainties of this particular time and place—ground zero of the ’60s counterculture at the point when it was staggering on its last legs.

They live among you. One of them may be your neighbor. One probably served you coffee this morning. One may even be w...

Mimi Pond has been a cartoonist and illustrator for more than 25 years – she also wrote the first episode of ̶...

As history has proven, times of struggle often lead to great art. And while Mimi Pond wasn’t exactly having a ter...