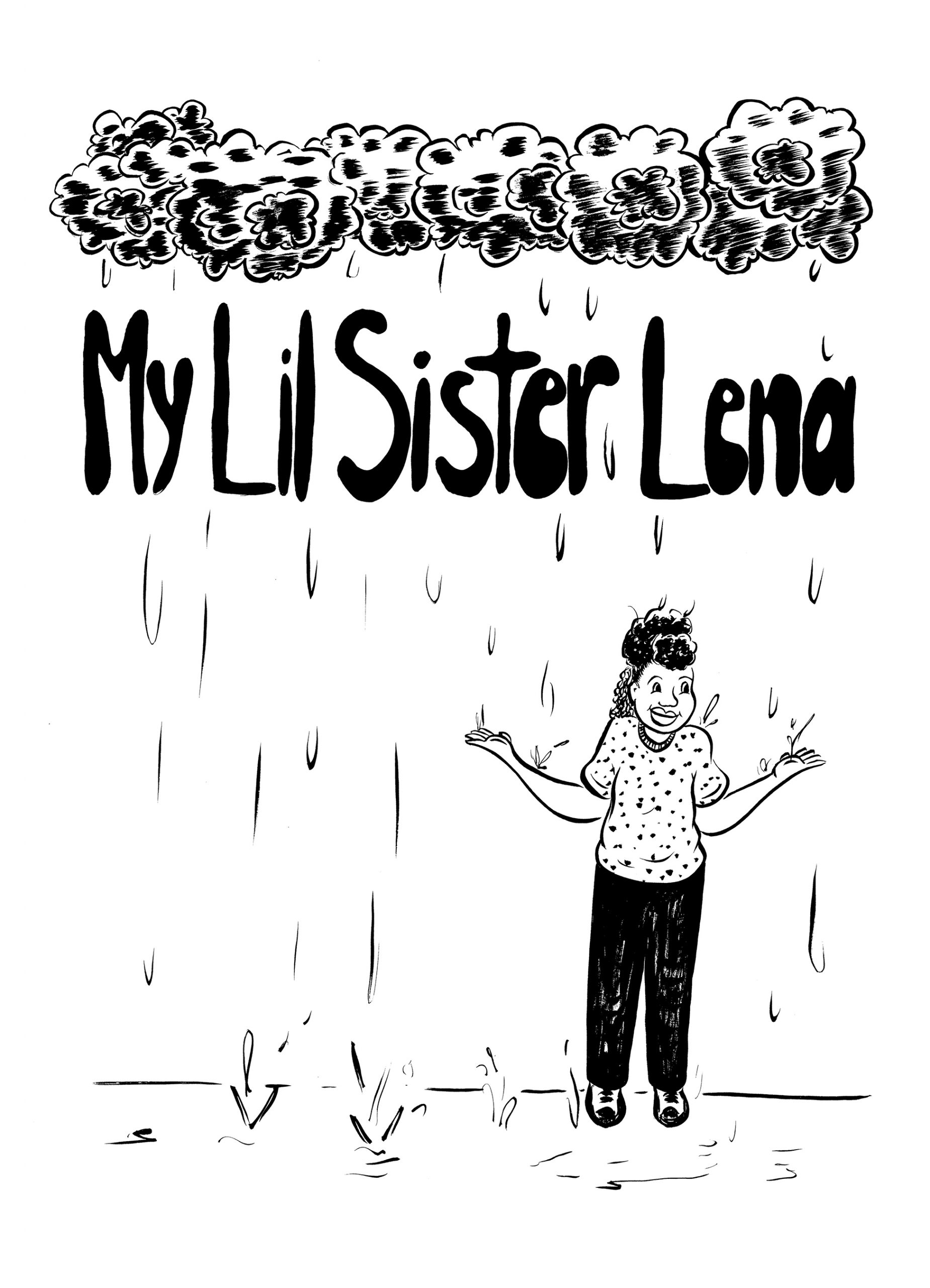 Past and present collide in the work of cartoonist Ebony Flowers

Ebony Flowers has always embraced cartooning as a form of escape.

“It’s probably not healthy, but it’s always been a means to disassociate from my reality,” said the Denver-based artist, who will appear at a pair of virtual CXC events beginning with a live conversation and Q&A at 7 p.m. tonight (Thursday, Oct. 1). “I can kind of dive deep into another world that might not be happy-go-lucky, but it’s not my current reality so I feel a bit more free to explore and get into the characters and stories that I’m creating.”

This was true when Flowers started cartooning in 2012 as a graduate student living in Madison, Wisconsin, where the art served as a way to stave off the loneliness she sometimes felt. And it remains consistent in a year upended by both COVID-19 and a new wave of Black Lives Matter protests, which, in Denver, have partially centered on Elijah McClain, a 23-year-old Black man who died last summer just days after being restrained by Colorado police with a now-banned chokehold.

But even though the art can serve as a form of escape, these harsh external realities still have a way of imprinting themselves on the page, despite Flowers’ best efforts.

“Making comics this summer, because of everything going on, my emotional state really shows up in my line work, which isn’t something I can hide,” said Flowers, who occasionally hears protests from the windows of her downtown Denver home, where she’s currently working on the follow-up to her celebrated debut graphic novel Hot Comb, which was named one of the best books of 2019 by publications such as the Guardian and the Washington Post and netted the cartoonist a number of industry awards, including a 2020 Ignatz for Outstanding Graphic Novel.

“Even just hearing the protests kind of changed my line for a moment,” she continued. “There are some pages where my lines are kind of shaky, and it was like, ‘Well, I could redo these pages when I’m not overly anxious and agitated by everything that’s going on,’ but I just decided to let it go until I’m closer to finishing, and then I can make a decision from there.”

Flowers’ in-progress graphic novel, Baltimore Brownfield (release date TBD via Drawn + Quarterly), borrows overarching concepts from the comparatively personal Hot Comb, most notably ideas of memory, generational connection and race, and then expands upon them in a work informed by the existence of a pair of now-gone Baltimore-area neighborhoods where the artist’s mother and father were raised.

The neighborhood where Flowers’ mother grew up, Fairfield, was zoned for mixed-industrial use, and over time, Flowers explained, industry became more important than the housing for those who worked in the area, forcing residents to move elsewhere. The artist’s father, in turn, came up in a complex built for Black veterans of World War II, which was eventually condemned by the city after falling into a state of disrepair. “I’m still in the middle of [Baltimore Brownfield], but I’ve created this fictionalized neighborhood ... in a mixed-industrial area, and there’s a big event that happens, a train crash, that moves the city one step closer to forcing the people in the neighborhood out,” said Flowers of the graphic novel, which will touch on aspects of redlining, gentrification and environmental racism. “And so I’m looking at that main event and how it impacts their lives in that moment, the neighborhood before that [crash] and then also the impact of it a generation later.”

Flowers traced her interest in generational connections, which surface on a more intimate level in Hot Comb (witness the moment when Cora reaches into the casket to touch her grandmother’s hair and is whisked into the past), in part to her unique childhood interests.

“I was a little bit of a strange kid who was never really into reading books, but if I did it was typically a reference book or a science book, which was why I ended up studying biology and anthropology,” she said. “And I guess from that I started to think the past never really leaves the present. It’s very much a part of and impacts people’s day to day lives. ... Take Fairfield, for instance. Most of the people who live in Baltimore now don’t know about Fairfield and what happened to the people there, and if you go there now you might see one abandoned building that looks like it was once part of a neighborhood. ... But, for the most part, it’s a mystery. It’s always fascinated me how you can look at a place as it is now, and then there’s so much more underneath it.”

Flowers discovered cartooning later in life when she enrolled in a course taught by comics artist Lynda Barry while finishing her master’s degree at the University of Wisconsin. This followed stints where Flowers taught in Chicago and Angola, Africa, worked for various nonprofits and for a brief time even built prosthetics.

“I saw the advertisement for Lynda’s artist-in-residence course for the spring of 2012 ... and I didn’t know who she was, so to me she was just this teacher who had a really interesting collage advertising her class. I was like, ’Well, let me just see what happens, and if I don’t like it I can always drop it,” Flowers said, and laughed. “And then I really liked how she taught writing, and how to tell stories through writing and drawing.”

The connection Flowers felt with cartooning was almost immediate, though she said the process of becoming an artist has been less about finding herself within the form than allowing her voice to present itself in a new way. “With making comics, I wasn’t trying to find a voice. I’ve always had one, but it was a way of allowing me to see my voice in a way that I hadn’t seen it before,” Flowers said. “Even when I’m drawing awful things, I still like the feeling of making comics, and it’s something I never experienced doing anything else. I don’t know how to describe it, but the pictures and words come together in a way that animates my entire body.”

HOT COMB by Ebony Flowers (Drawn and Quarterly) The culture of hair has always had a special meaning for Black women –...

At thirteen, I loved flipping through Ebony, Essence, and Jet while getting my hair done. Back then, I never thought mu...