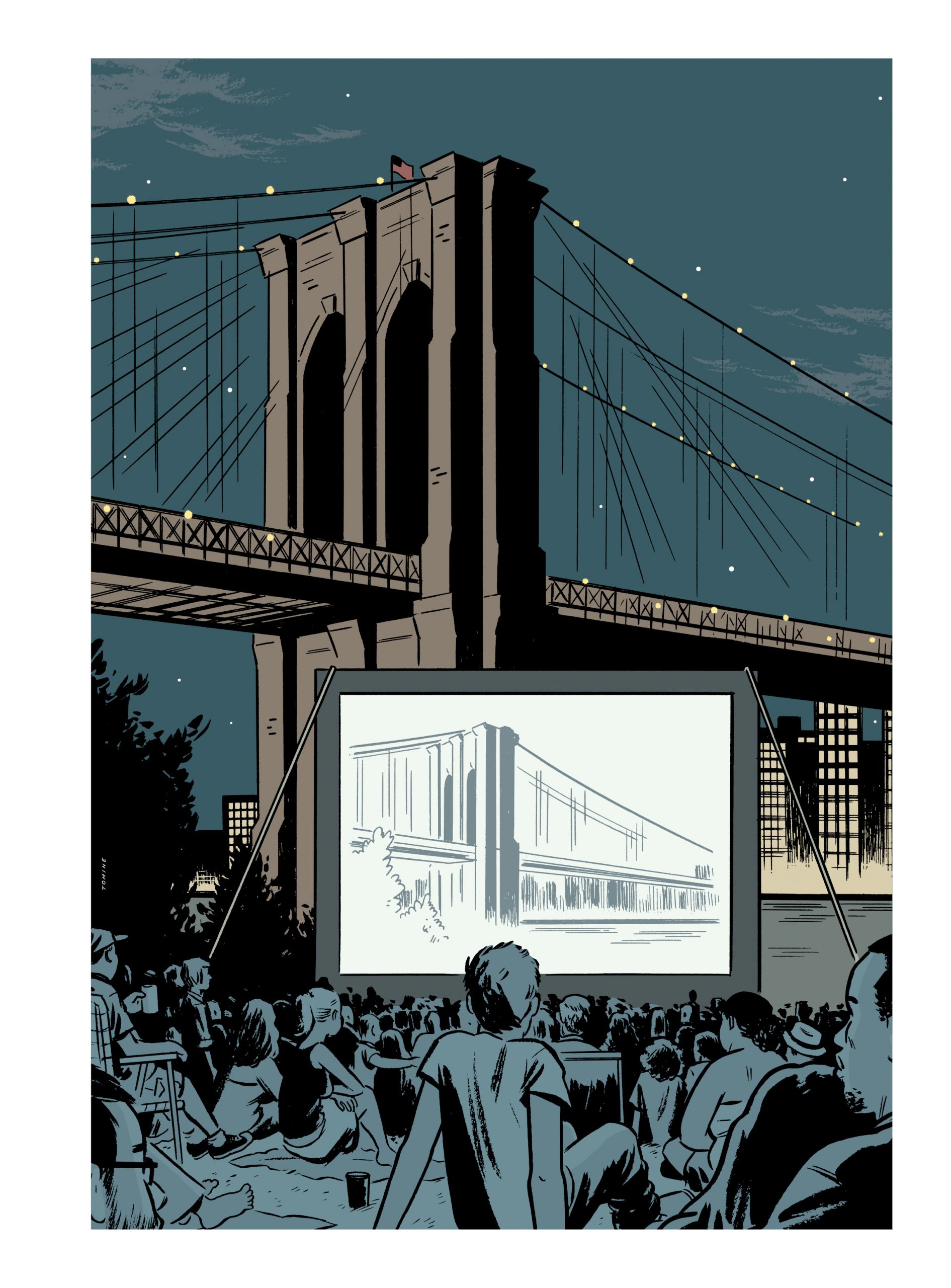 Adrian Tomine interviewed in the UK’s Off Life

With his tales of love lost and cutures clashed, few artists have taken on the quirks of modern life like Adrian Tomine. From his early days on Optic Nerve to the collections Summer Blonde and Sleepwalk, the ‘Tomine Style’ has become a benchmark for what the comics medium can achieve.

OFF LIFE was lucky enough to steal Adrian away from his New York Drawings to discuss art, self-publishing and the future of comics.

You started self-publishing while still in high school. What was your drive for wanting to get your work out there at such a young age?

The honest answer is probably desperation, loneliness, and boredom. I can’t really think of any other reason why I’d start putting out those mini-comics, and in fact, if I had anything better to do at that point, I probably would not have spent so much time drawing. But I’d been fairly single-minded about becoming a cartoonist since I was a little kid, so by the time I started self-publishing, I felt like I’d already been practising for a long time.

Even after gaining recognition you continued to self–publish Optic Nerve. What was it about the self–publishing model that worked for you?

Just because you get a little bit of recognition doesn’t mean that the publishers are beating down your door. I really, really wanted to be published by Drawn & Quarterly, so I basically kept self publishing until I wore them down and they agreed to publish my comic.

Did studying English Literature at Berkeley ever tempt you away from comics and towards more ‘traditional’ mediums?

I’ve always had an interest in other types of writing, but I don’t think my college education had anything to do with that. I think it exposed me to a lot of books that I wouldn’t have picked up on my own, but no, there wasn’t a moment when I wanted to forsake cartooning and become a poet or something like that.

Despite being a successful creator in your own right, you still undertake commercial work. What attracts you to it?

Well, being a successful comic book artist, at least from my experience, isn’t the same as being a successful pop musician or a movie actor. I have the great luxury of being able to work from home, spending most of my time drawing my own comics, but it doesn’t put me in a position where I could turn my nose up at good paying work. And in the case of a few of my more frequent clients, like The New Yorker, for example, it’s something that I really enjoy. Illustration work is a whole different endeavor from cartooning, and it’s a nice break sometimes.

Comics seem to have gone through a bit of a rebirth in recent years. Where do you see their place within the arts and culture now?

It’s been a good ten years or so in terms of how comics are regarded, particularly in North America. I think we’re still a little bit behind the curve compared to some European and Asian countries, but already comics have reached a level of respect and interest that I never thought would be possible.

What needs to happen for quality comics to reach a wider audience, or at least gain a greater appreciation?

I think comics, just like all popular media, suffer from the fact that a good chunk of the work just isn’t very good. Or to put it in less subjective terms, it isn’t very appealing to that wider hypothetical audience. No matter how many articles might appear in the mainstream media about how ‘literary’ and ‘respectable’ comics have become, the odds are pretty high that if someone wanders into a comic shop after having read such an article, they’ll be confronted with a lot of material that either doesn’t appeal to them or is even off-putting.

But I don’t think there’s anything wrong with that, nor is it something that should be rectified in any way. I personally love comic shops, even if they specialised in stuff that isn’t exactly my cup of tea, and I’d hate to see them all become sanitised in a bid for a broader audience. I honestly think that the comics medium reached its nadir long ago, and that the quality and diversity of work continues to advance in amazing ways.

Finally, you’re often grouped in the same wave or school as other indie greats such as Daniel Clowes and Jaime Hernandez. Is there another wave or style that you see coming through now?

Definitely. I think there’s a whole generation of cartoonists – if not more – that’s come along since I started publishing. And the great thing is that these younger cartoonists are coming from a much wider range of backgrounds and upbringings than ever before, and as a result, we’re seeing a lot of inventive, unusual, and idiosyncratic work.