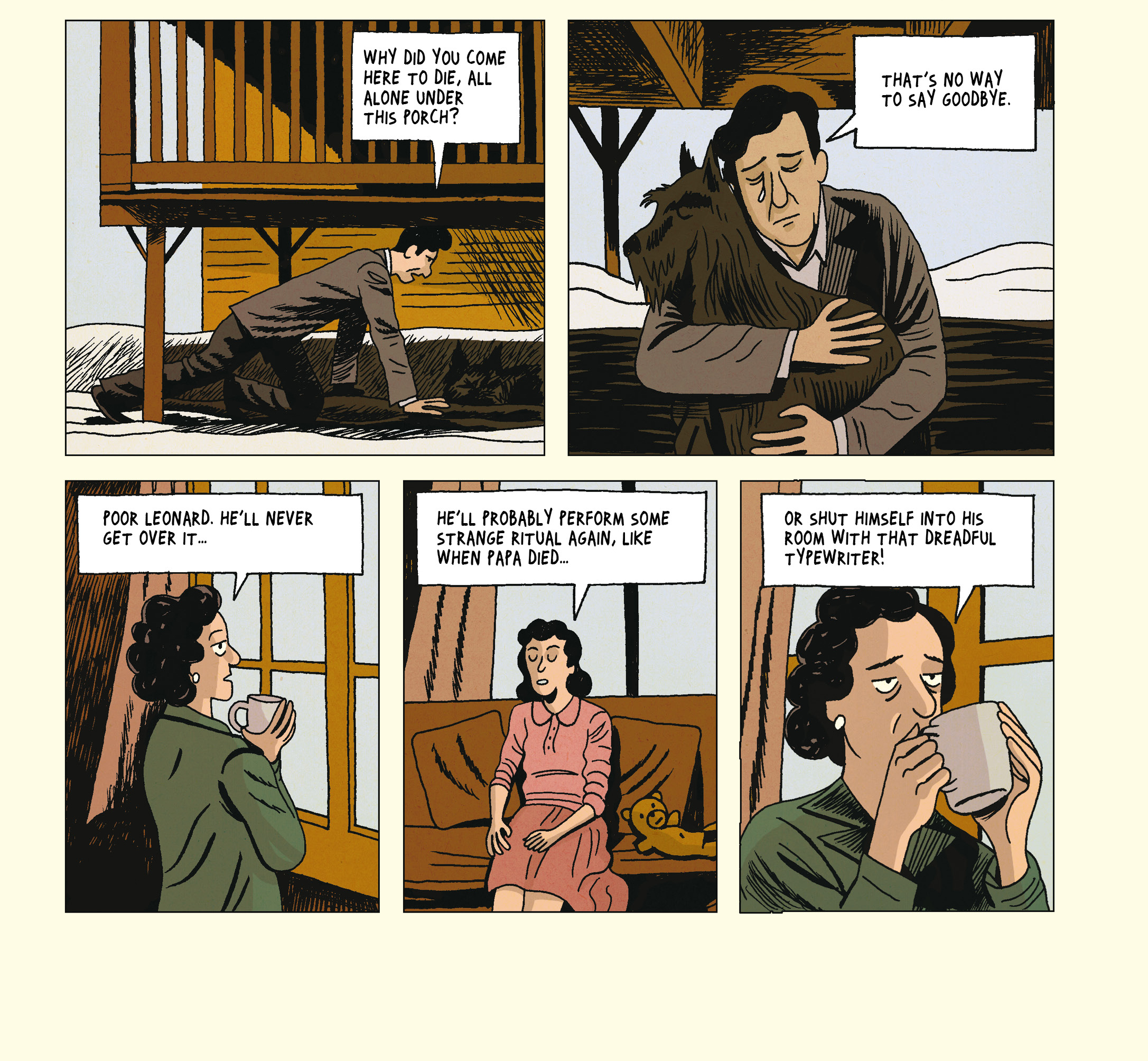 Leonard Cohen: On a Wire

Award-winning Canadian cartoonist Philippe Girard (Obituary Man) admirably condenses seven decades into a concise 120 pages in Leonard Cohen: On a Wire. It's a valuable introduction to the tumultuous life of the iconic singer/songwriter/poet perhaps best remembered for his classic "Hallelujah," eventually covered by some 200 musicians.

Girard begins at the end, on November 7, 2016, when Cohen fell out of bed in his Los Angeles home: "Nobody heard me," he utters. "I am going to die here, all alone, like a dog." Rewind to Montreal, Cohen's birthplace, where he's a teen in 1947, desperately looking for his missing pooch, whose frozen corpse he finds under the neighbor's porch. "This is a rotten way to say goodbye," Cohen mourns. Farewells become a repetitive theme throughout his many decades, during which his achievements are often marred by drugs, alcohol and dysfunctional relationships--romantic, familial, professional.