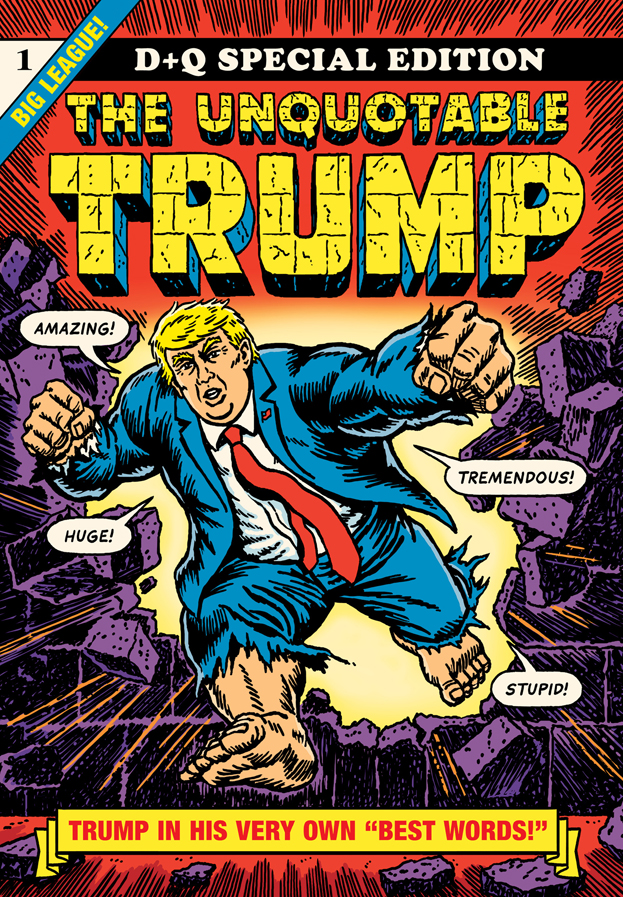 R. Sikoryak on the Comics Alternative

Comics Alternative    |    October 26, 2017
Time Codes:
00:00:24 – Introduction
00:02:56 – Setup of interview
00:04:17 – Interview with R. Sikoryak
01:12:42 – Wrap up
01:13:32 – Contact us
On this interview episode, Derek talks with R. Sikoryak about his latest work, The Unquotable Trump, just released this week by Drawn and Quarterly. The conversation begins with Bob’s apologies for having to write the book and his distaste for the subject matter. But as he makes clear in the interview, these cartoons are his way of dealing with what he feels is a malignant force unleashed by last year’s election. In fact, Bob reveals that the genesis of The Unquotable Trump actually dates from the days before the election, when he was using the figure of Donald Trump — and more importantly, the candidate’s own words — in classic comic-book cover parodies as a way of trying to vent his anger. These black-and-white illustrations originally appeared in a minicomic released back in January, but his publisher, Drawn and Quarterly, convinced him to create more parodic illustrations and release them in a 48-page color volume, oversized in the style of a 1970s Marvel Treasury Edition.
Each page of The Unquotable Trump displays a parody of a classic comic-book cover with the figure of Trump inserted, spouting off comments that the real-life candidate-turned-president actually made. Among the many stylistic allusions Bob makes are to such legends as Jack Kirby, Wally Wood, Bob Montana, Jerry Robinson, Carl Barks, John Romita, Gil Kane, and C.C. Beck. In fact, Sikoryak documents all of his comics references in the back of the text, along with a bibliography of Trump’s actual quotes. But although most of the interview is devoted to the new book, Derek also talks with Bob about other topics, such as Terms and Conditions, the complete colorized volume of what had originally been published as the two-issue mini-comic, The Unabridged Graphic Adaptation of iTunes Terms and Conditions (originally reviewed on The Comics Alternative a couple of years ago), his ongoing work mashing up comics and classic literature, and the genesis of his parodying impulses, reaching back to his days working with Art Spiegelman on Raw.
Listen Here 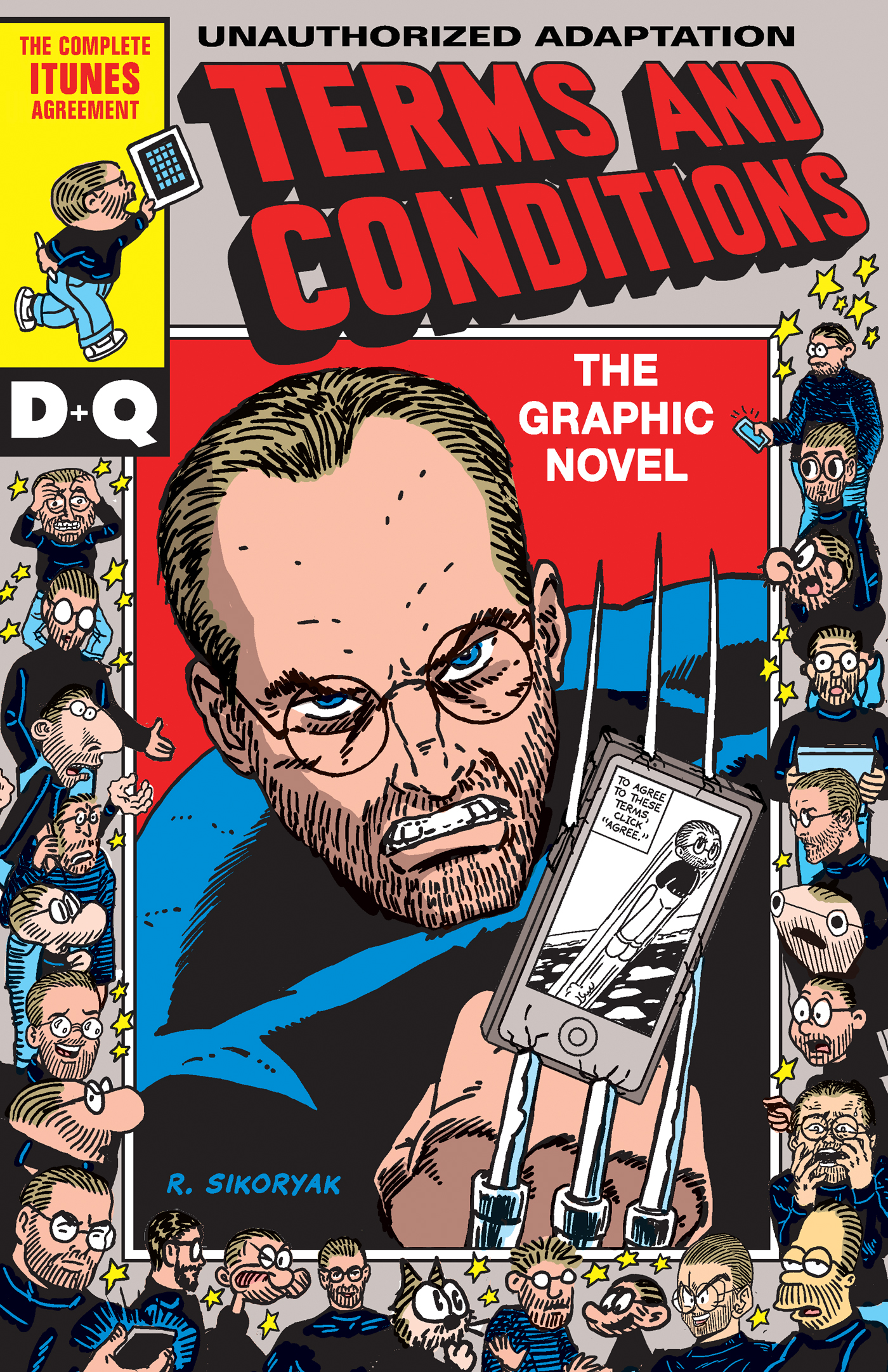 In this week's podcast the More to Come Crew - Heidi "The Beat" MacDonald, Calvin Reid and Kate Fitzsimons - discuss dig...

R. Sikoryak on the Comics Alternative