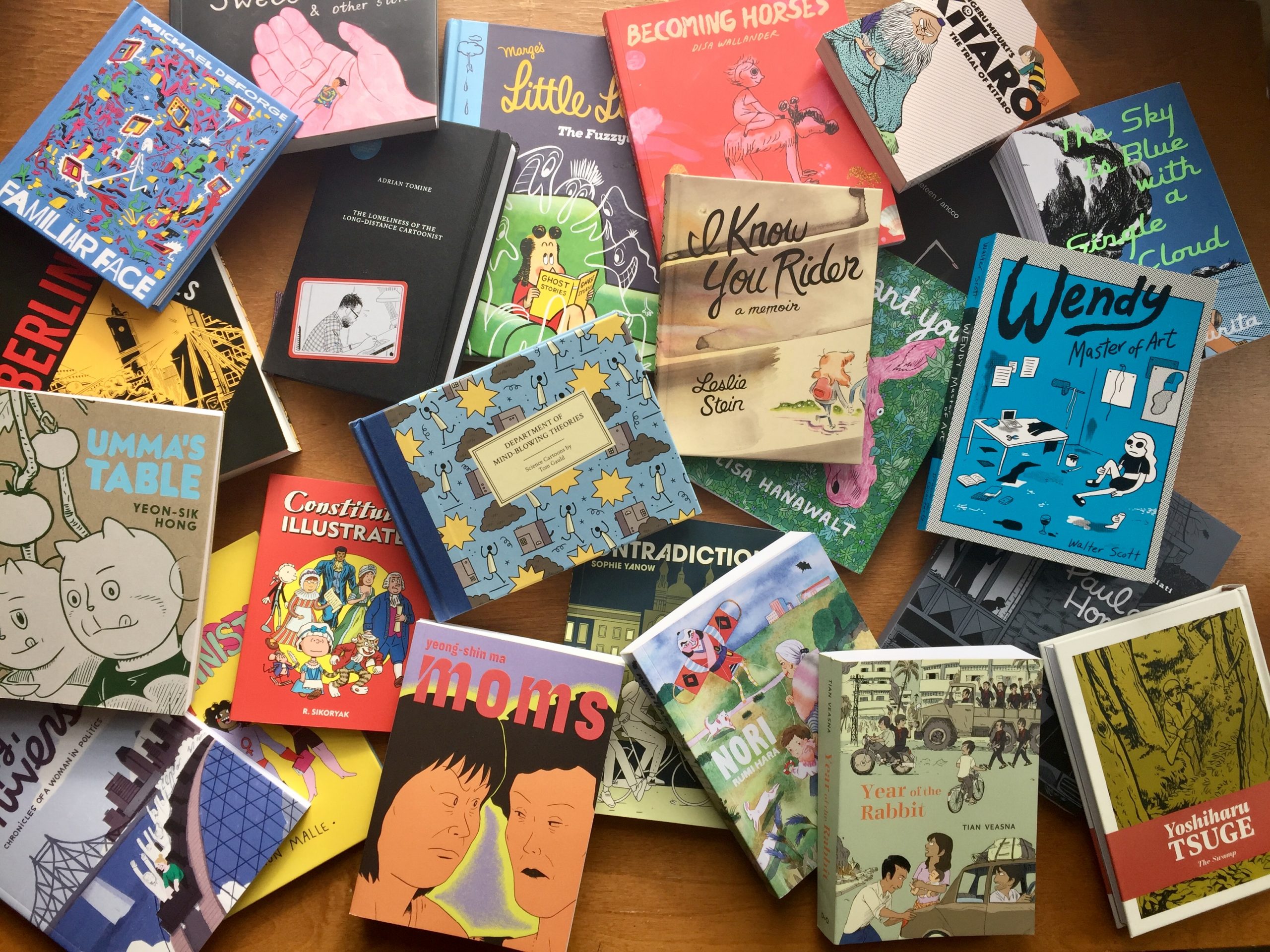 2020 has been an unprecedented year in pretty much every way. We are overjoyed to have published 23 titles by outstanding cartoonists. As the year comes to a close, we wanted to look back at this incredible year of books and remind everyone to support your indie booksellers and comic shops!

This year saw the debut of Weng Pixin with Sweet Time, the visually captivating meditation on love and intimacy heralded by Ms. Magazine. Then the Ignatz-nominated Rumi Hara debuted her first full-length novel, Nori, which follows a rambunctious preschooler and her caregiver grandma as the two live and learn together. The Swedish multi-media artist Disa Wallander broke out with her existential novel, Becoming Horses which Library Journal called “provocative” and “incredibly striking.”

Families the world over take centre stage in new releases from bestselling Quebecois cartoonist Michel Rabagliati, Yeon-sik Hong (author of the acclaimed Uncomfortably Happily), Tian Veasna, and Yeong-shin Ma. Rabagliati’s Paul at Home (out November 2020) evokes the loneliness of an empty nest, as Paul’s daughter moves abroad and he comes to terms with a life-shattering divorce. In Umma’s Table, an adult son reconnects with his elderly mother by cooking all the meals that defined his childhood. Veasna’s Year of the Rabbit, the knuckle-clenching true account of how his family survived the Khmer Rouge occupation of Cambodia, earned a feature in the New York Times and The Guardian. Finally, Yeong-shin Ma’s deadpan, offbeat comedy Moms revealed the interior lives of middle-aged Korean women and their (deadbeat) boyfriends.

We also translated from Japanese. We published two landmark alternative manga retrospectives: the highly-anticipated first volume in our Yoshiharu Tsuge series, The Swamp, and The Sky is Blue with a Single Cloud by Kuniko Tsurita who The Atlantic called “one of Japan’s most innovative—and least remembered—manga artists.”

In 2020, we also published comics about a world in crisis. Michael DeForge’s Familiar Face uses science fiction to explore the internet and how we find ourselves unable to decipher the real from the virtual. R. Sikoryak’s genius at pastiche in Constitution Illustrated opened our eyes to the founding document of the United States and the rights enshrined therein. Leslie Stein’s abortion memoir, I Know You Rider, came out in a year with the very real threat of overturning Roe v. Wade by the US Supreme Court. Sophie Yanow’s breakout autofiction, The Contradictions, tackled the cognitive dissonance plaguing those who struggle to live politically righteous lives in a world of stark inequality. Lastly, Mirion Malle penned the perfect guide to feminism, consent, intersectionality, and media literacy for younger readers with The League of Super Feminists!

This year we published hilarious books and humour was sorely needed! Adrian Tomine’s uproarious and heartwarming memoir The Loneliness of the Long-Distance Cartoonist was lauded by The New York Times Book Review, Oprah Magazine, Los Angeles TImes, The Paris Review, and more. In it, Tomine comments on fatherhood, marriage, and what happens when your childhood dream job becomes a career. Tom Gauld’s collection of STEM comic strips, Department of Mind-Blowing Theories, brought giggles to the New York Times and NPR while Wendy, Master of Art by Walter Scott received raves from The New Yorker and The Guardian for its devastating satire of MFA culture. Meanwhile, Lisa Hanawalt’s I Want You collected the filthy early comics of the Tuca and Bertie creator, making Vox, The Hollywood Reporter, and NPR cry with laughter.

The Trial of Kitaro by Shigeru Mizuki, translated by Zack Davisson — January 14, 2020

Year of the Rabbit by Tian Veasna, translated by Helge Dascher — January 21, 2020 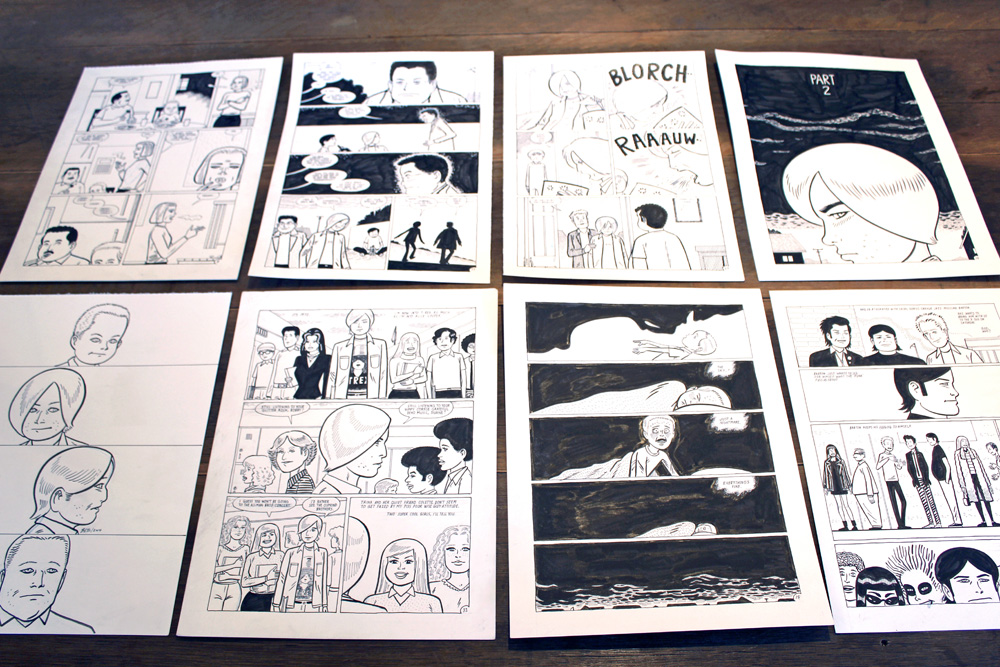 The Swamp by Yoshiharu Tsuge, translated by Ryan Holmberg — April 28, 2020

The Sky is Blue with a Single Cloud by Kuniko Tsurita, translated by Ryan Holmberg — July 17, 2020

The Loneliness of the Long-Distance Cartoonist by Adrian Tomine — July 21, 2020

The Contradictions by Sophie Yanow — September 8, 2020

The League of Super Feminists by Mirion Malle, translated by Aleshia Jensen — October 13, 2020