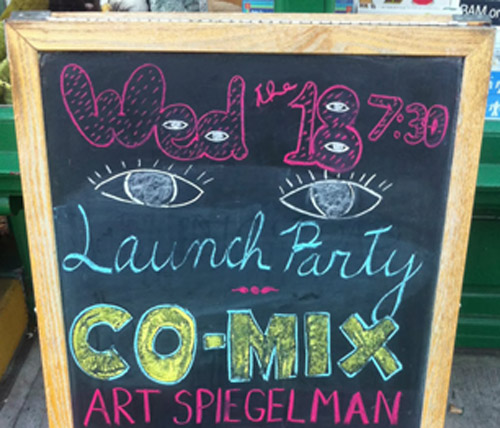 Then, after a quick jaunt along the High Line, it was finally time for the launch party of Art Spiegelman’s Co-Mix: a Retrospective of Comics, Graphics, and Scraps at Fort Greene’s justly beloved indie bookshop, Greenlight. 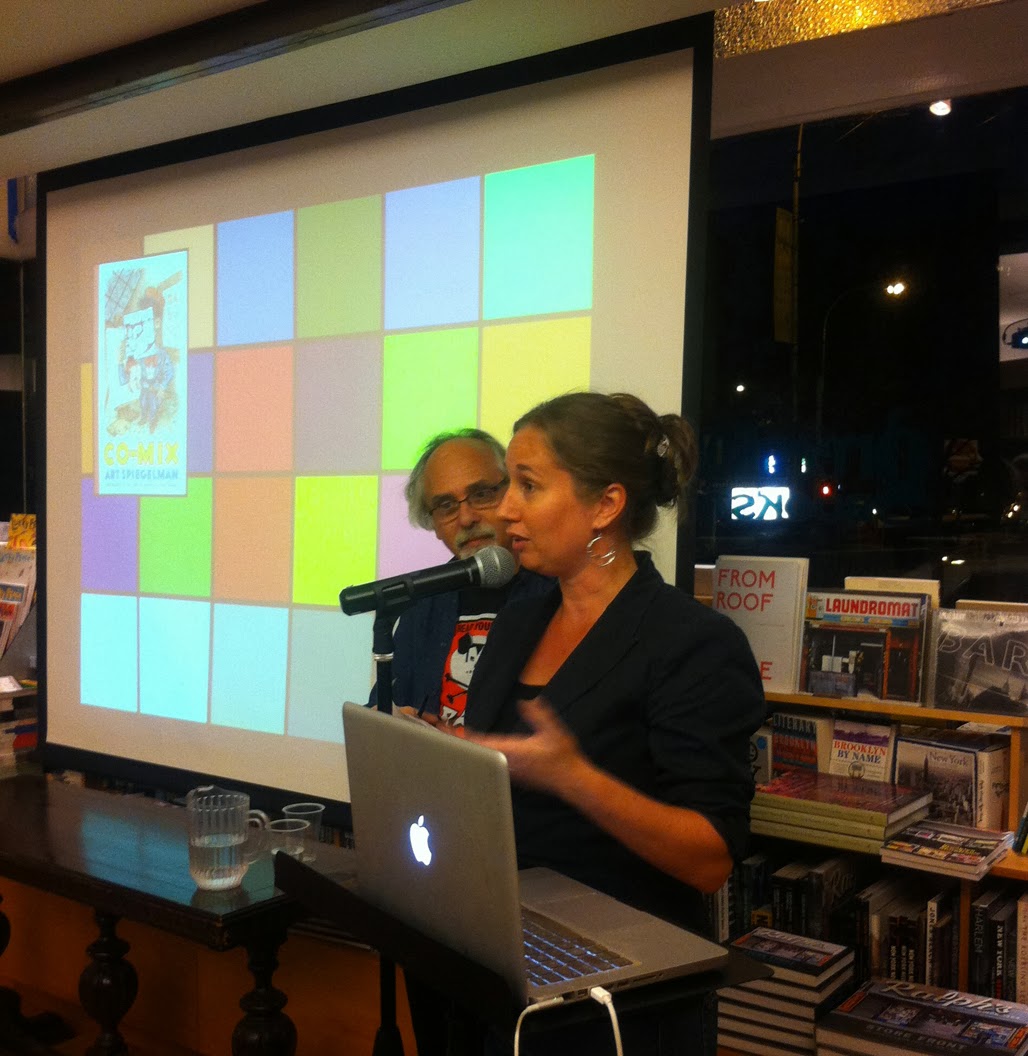 Store owner and manager Jessica Stockton Bagnulo handled the introduction beautifully, and then it was on to the main affair. 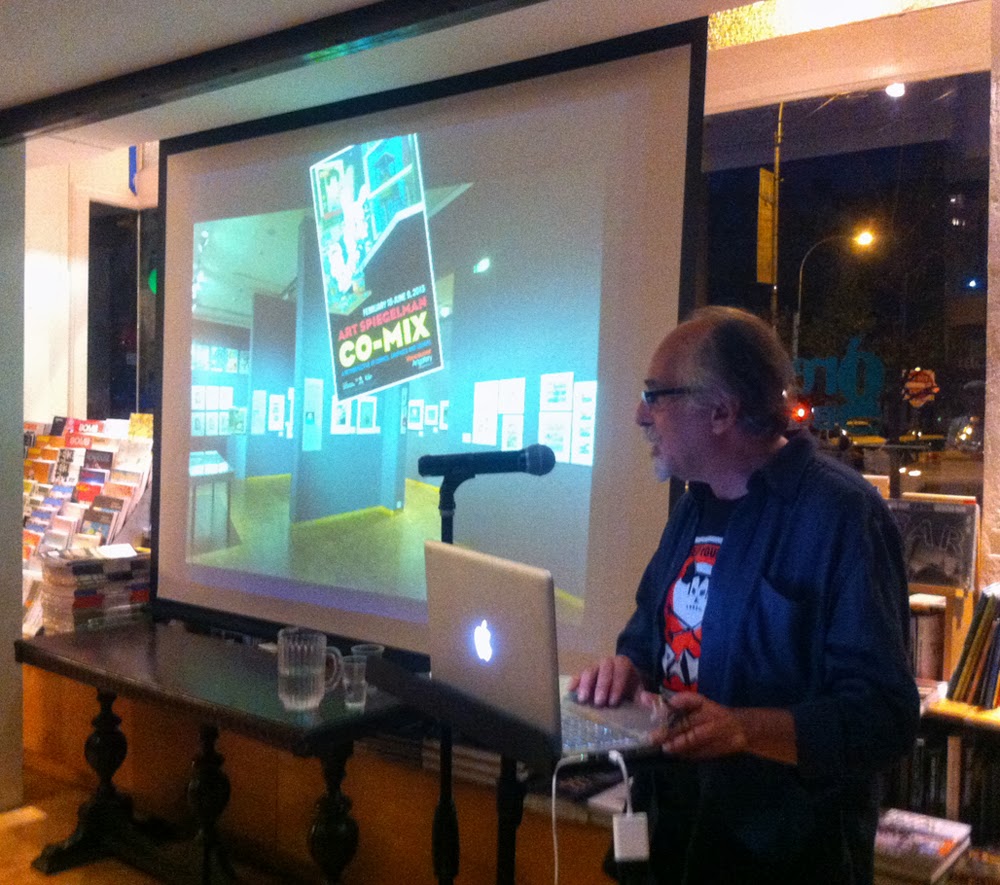 Art Spiegelman is an incredibly articulate thinker-about and maker-of comics. It was really wonderful to spend an hour soaking in his heady, hilarious commentary about his own career, and its place within comics history. 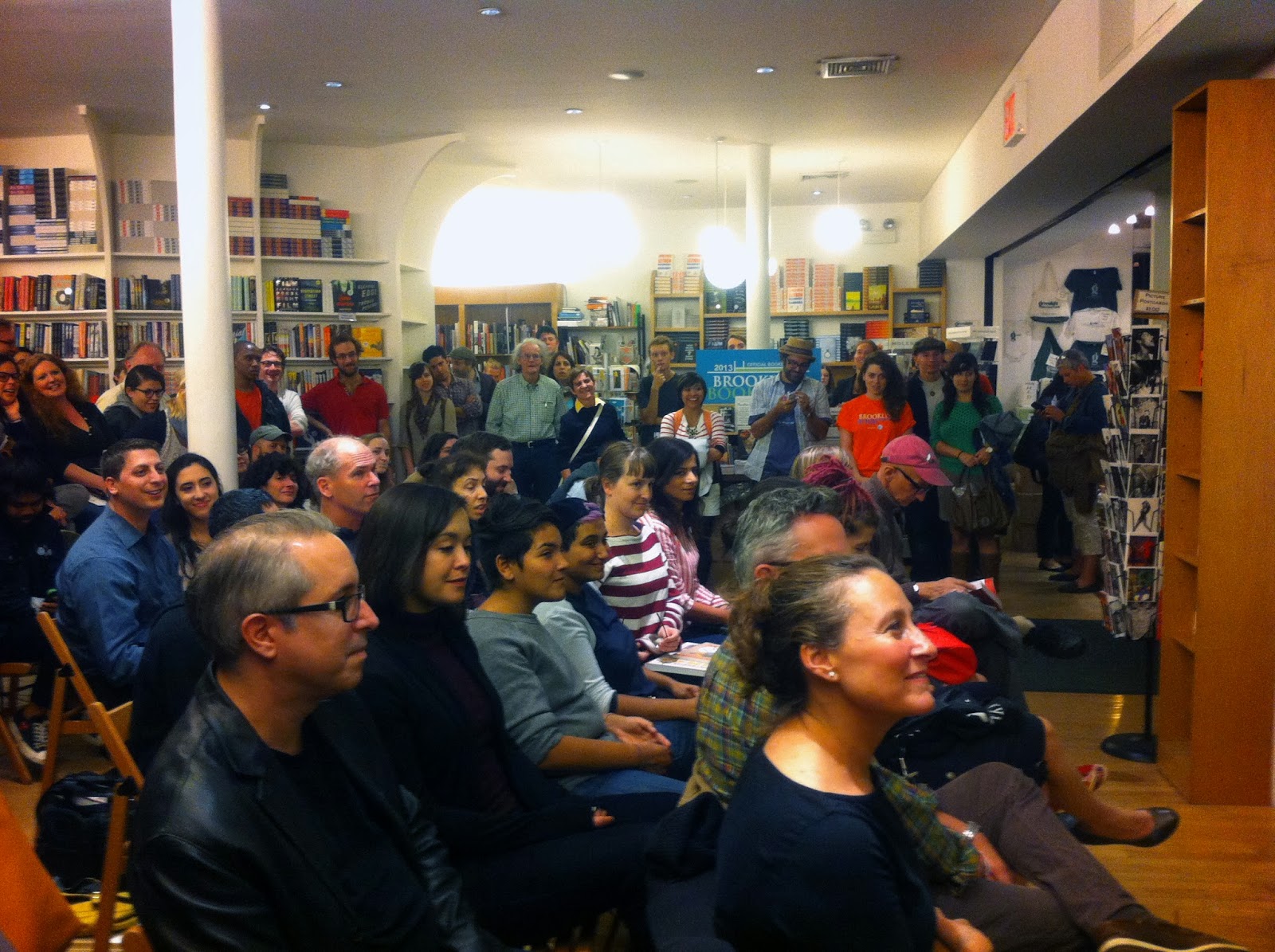 Okay, but seriously, look at this rapt audience. There’s no other word for it! Perhaps by this point, Art was explaining the funniest response to this New Yorker cover: “It’s cool that for the 130th anniversary of the Emancipation Proclamation, you decided to portray Abraham Lincoln kissing a slave.” 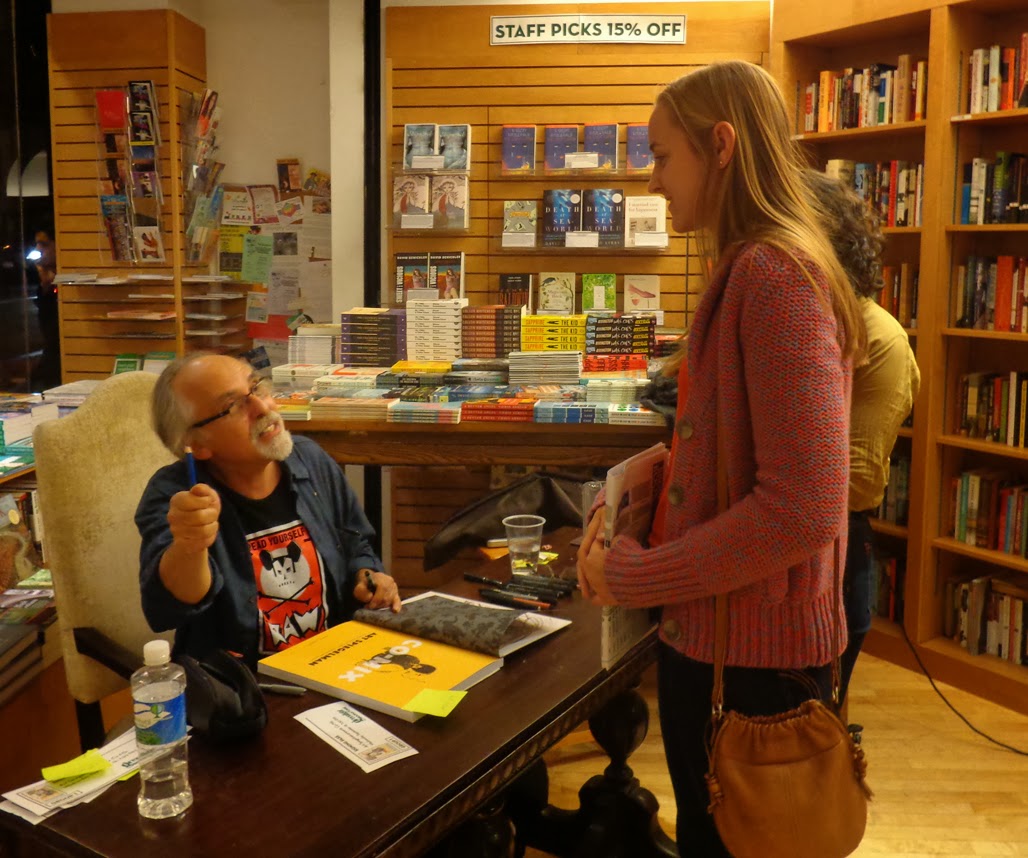 After that, it was time for the signing. A seriously long line formed and people patiently waited for their chance with the man of the hour. Meanwhile… 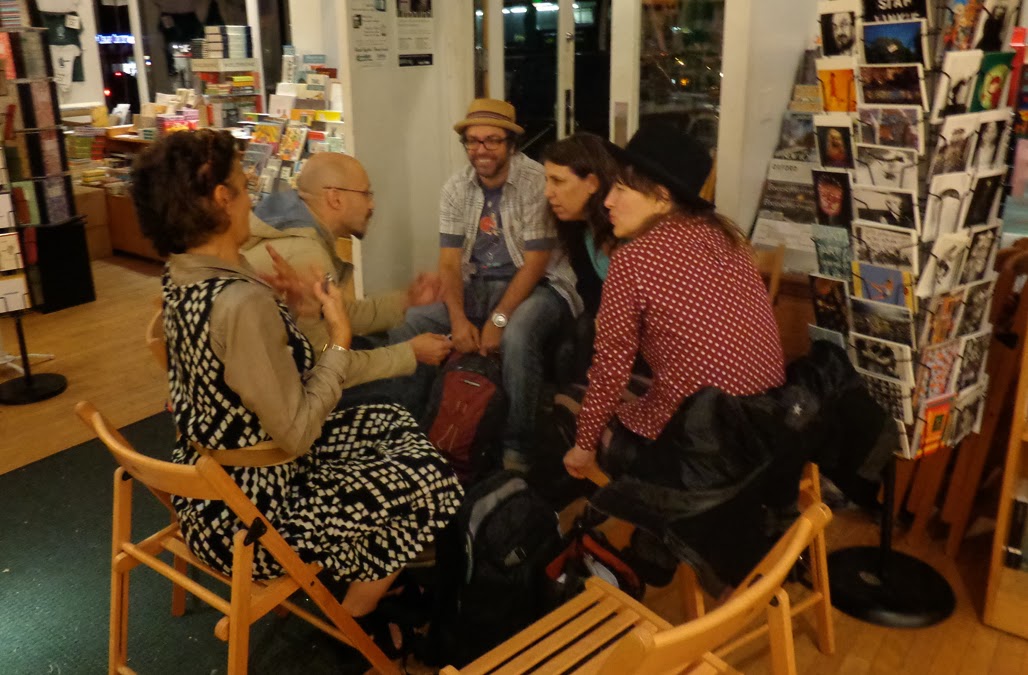 A gaggle of new and old friends settled in nearby. From L-R: Francoise Mouly, David Prudhomme, Ricardo Liniers, Rutu Modan, and Ulli Lust. It was nice to have such an international group of artists visiting, and it was startling just how many of the event attendees were coming from farflung locations – Paris, Poland, Westchester, etc. 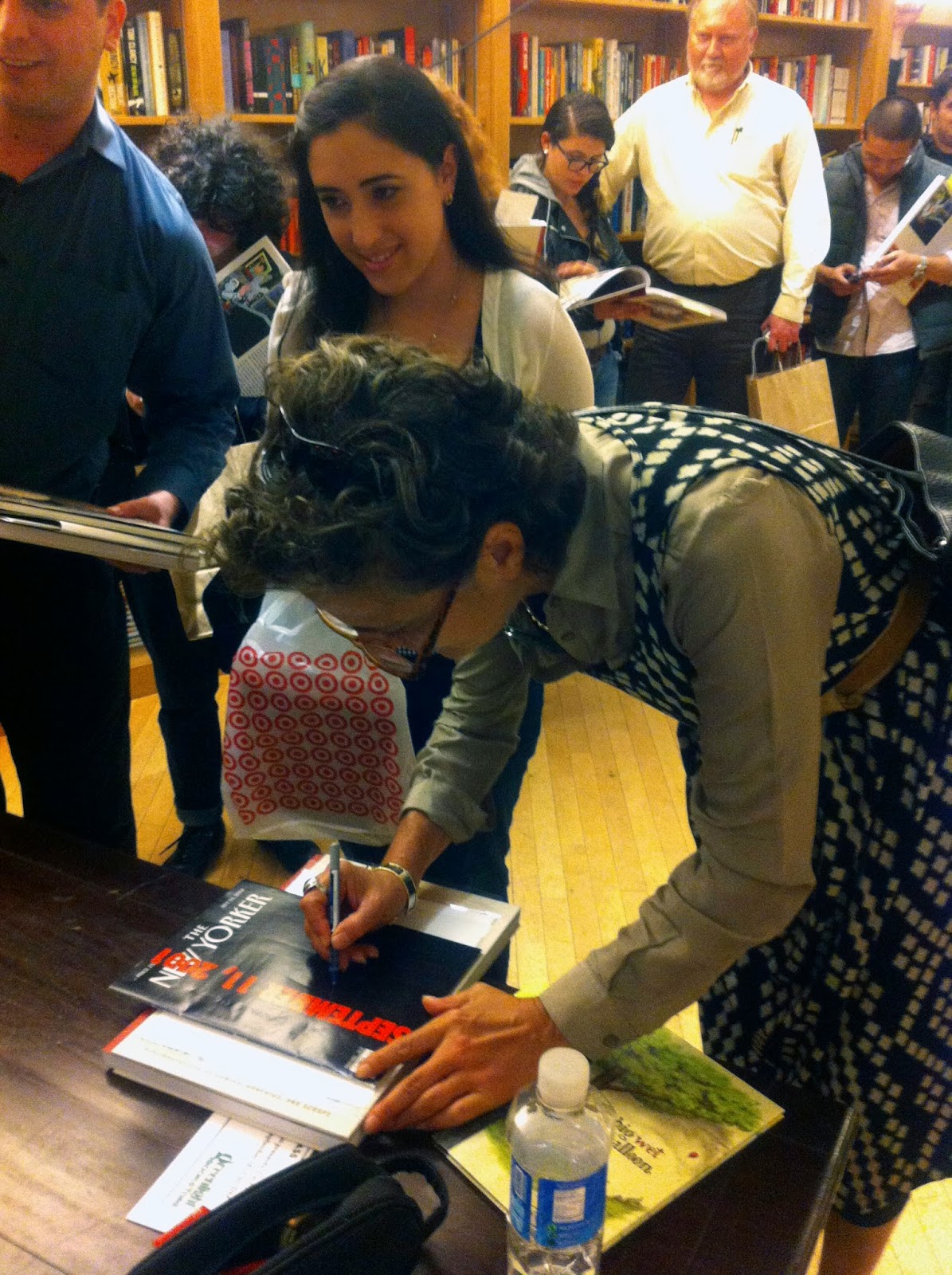 Back to ye olde signing line! This couple (sorry, I didn’t catch your names!) had just shown Art their wedding cake topper, which included, NO JOKE, a Garbage Pail Kids card! And then they busted out the 9/11 New Yorker, which Francoise was kind enough to sign too. 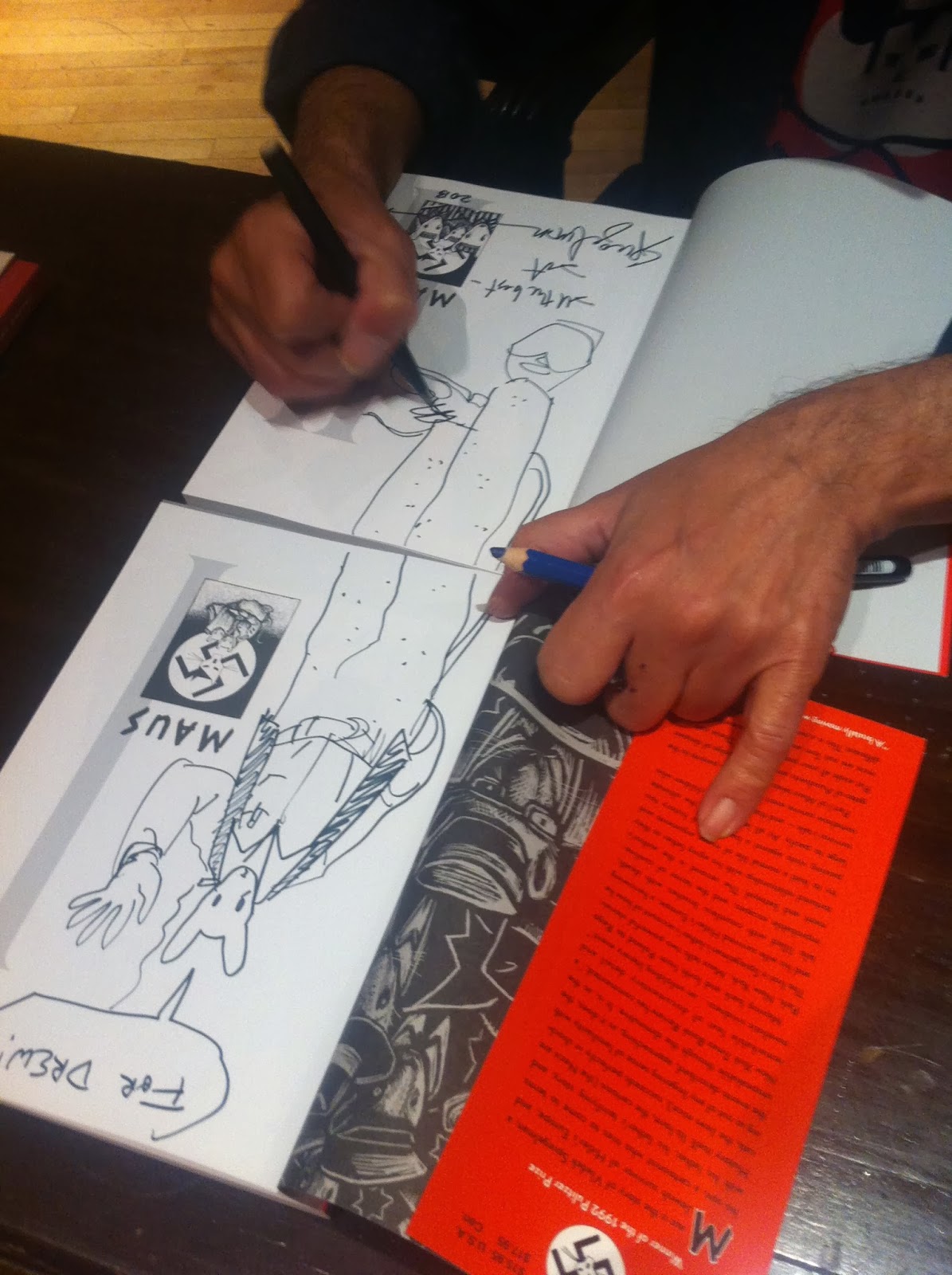 Watching Art sign books is a real treat – he’s kind and thoughtful with his fans, gracious with his time, and his drawings in the books are often downright funny. I adored the fact that he would “co-mix” / hybridize his self-portrait on the splash page of Co-Mix, creating a centaur Spiegelman. Peep that two-story (no pun intended) Maus! 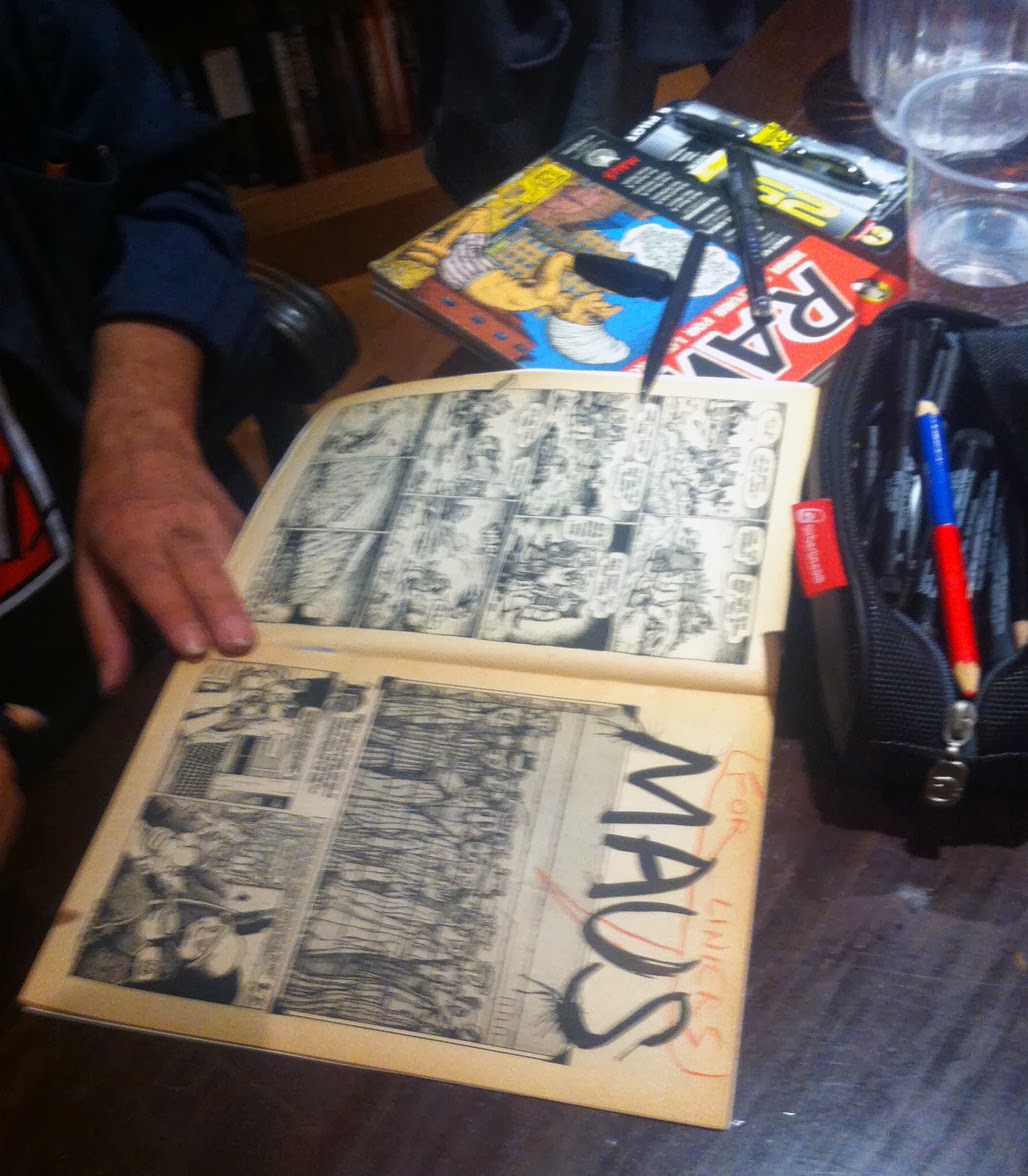 Once the signings were over, Liniers charmingly and shyly mentioned that he had brought along his copy of Funny Aminals, if Art wouldn’t mind signing it. In exchange for that, we made Liniers buy us all dinner. Just kidding! 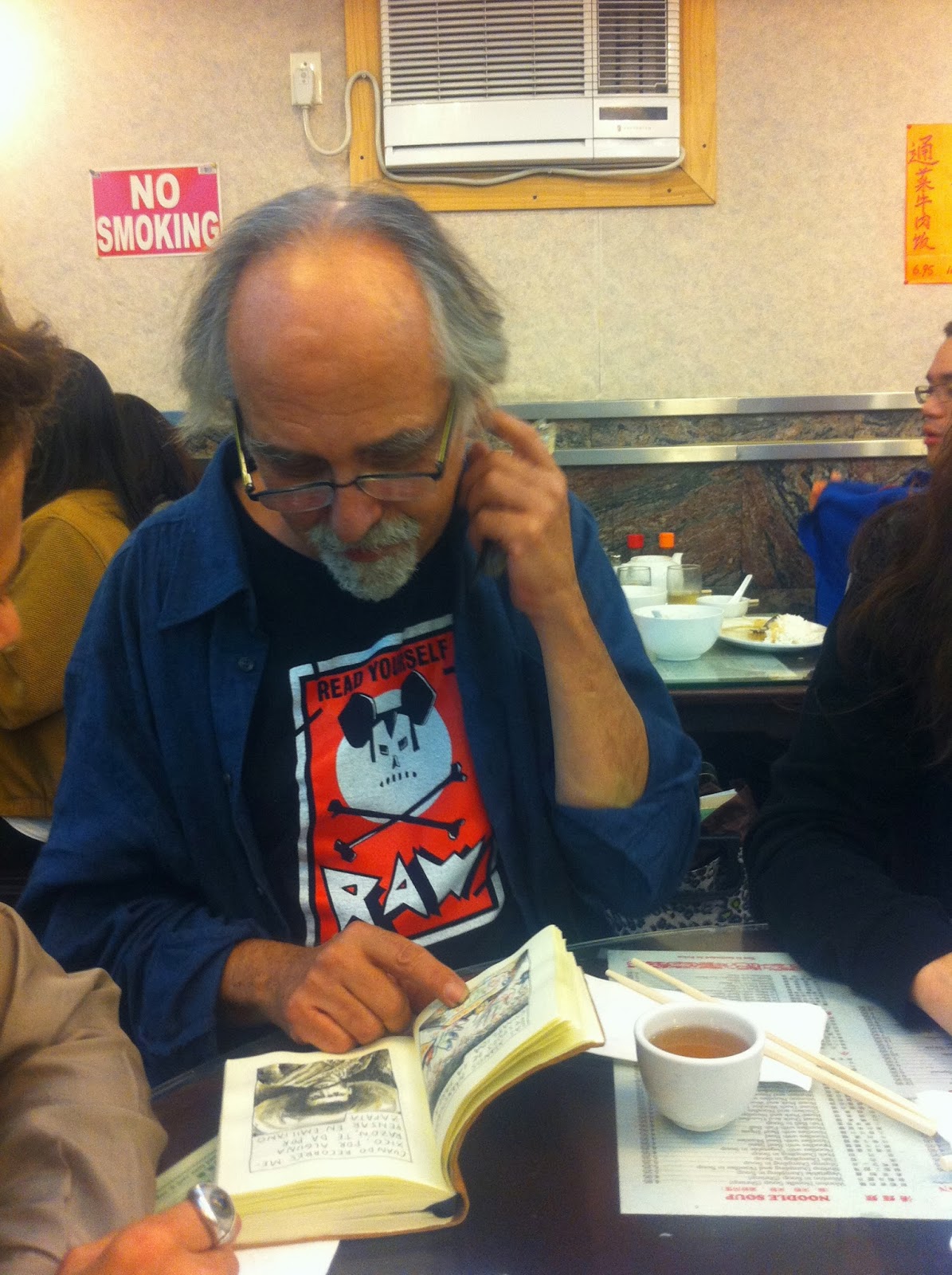 Then it was off to dinner, where I only took two photos – one very unflattering one of Rutu and Ricardo examining his watercolor pen and this one of Art examining the product of the pen – Liniers’ beautiful tour sketchbook. But trust me, we had a very nice time! 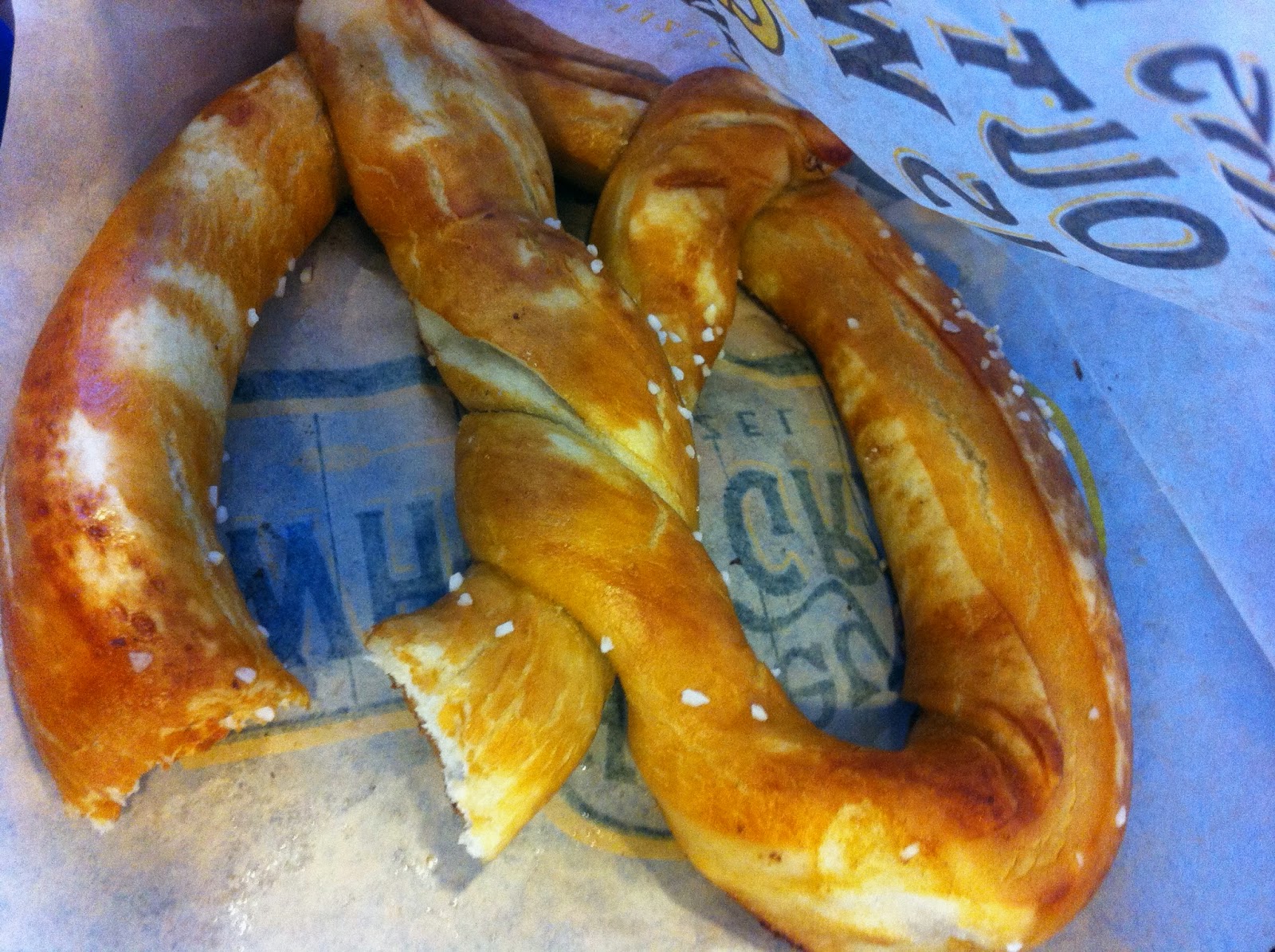 The next morning, it was off to the airport with me, where I heeded my father’s advice and had a farewell-to-NYC-breakfast-pretzel.  So long, New York!