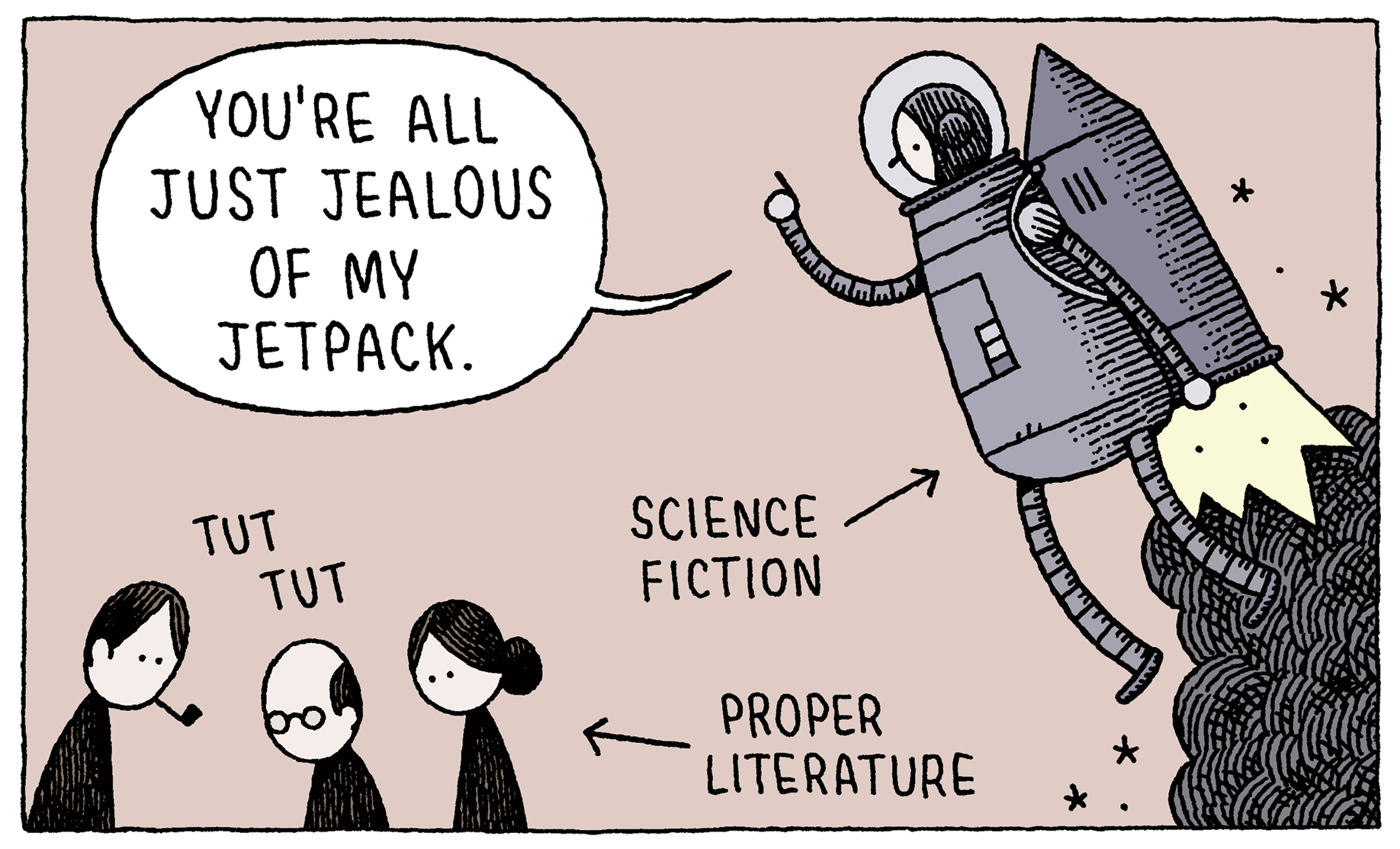 This weekend in comics events: Rutu Modan and Miriam Katin are at Princeton, where they’ll be discussing Jewish identity in comics; Tom Gauld is at both the Festival de BD Francophone and the ImagiNation Writer’s Festival in Quebec City.

QUEBEC CITY, QC: Tom Gauld is in town all the way from England! Today, Friday April 10th through Sunday April 12th, he’ll be at Festival de la BD Francophone de Québéc, to celebrate the release of the French edition of You’re All Just Jealous of my Jetpack. You’ll find him signing at booth 153:

Then, later on Sunday April 12th, at 1:30pm, Tom will be at the Morrin Cultural Center as part of ImagiNation Writer’s Festival (festival passes available here), giving a presentation about his works, influences, and process, and signing. Talk will be given in English. We had the absolute pleasure of hosting Tom at our Librairie D+Q in Montreal Wednesday night, and he is every bit as funny and charming as his comics would have you assume. Do yourself a favour and go meet him!