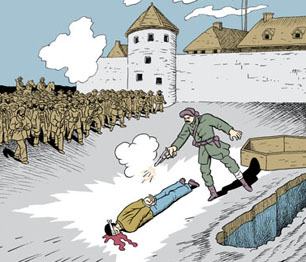 This September marks a handful of tenth anniversaries here at D+Q, including Chester Brown’s Louis Riel. Look at this fabulous cover that Chester came up with for the anniversary edition. Chester has always had a great color sensibility and aesthetic, but does it get better than this?

Here’s a never before published cover, used for a solicitation in Diamond’s Previews catalogue: 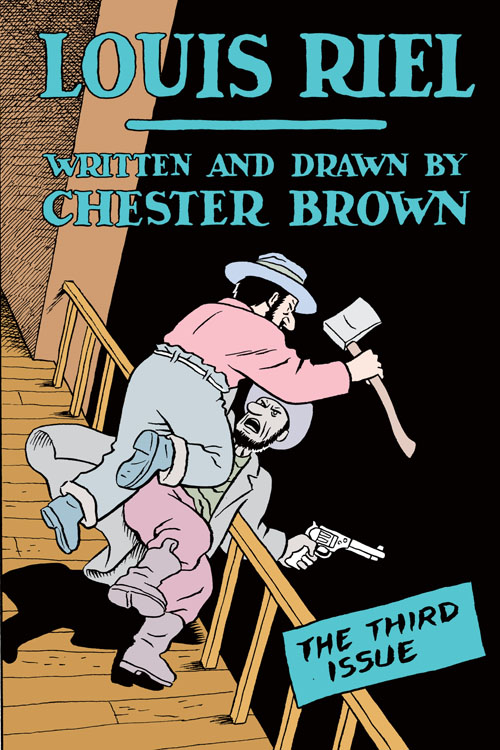 And here’s the final published version: 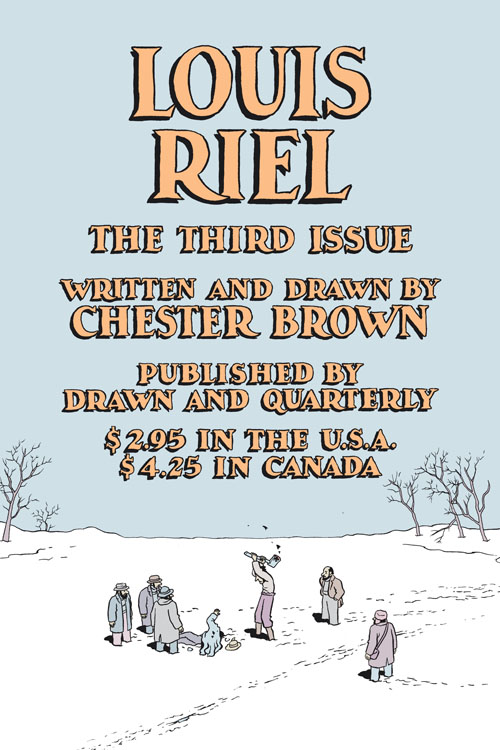 There’s also more rare unpublished material, including pencil and script drafts. And notes, more Chester notes. Can there ever be too many notes in a Chester Brown book? As well, writer Sean Rogers pens an extensive essay on the significance of Louis Riel in the ten years since its first publication as a graphic novel.

Look for the green-faced Louis in stores by mid-September, just about ten years from the date of its original publication.