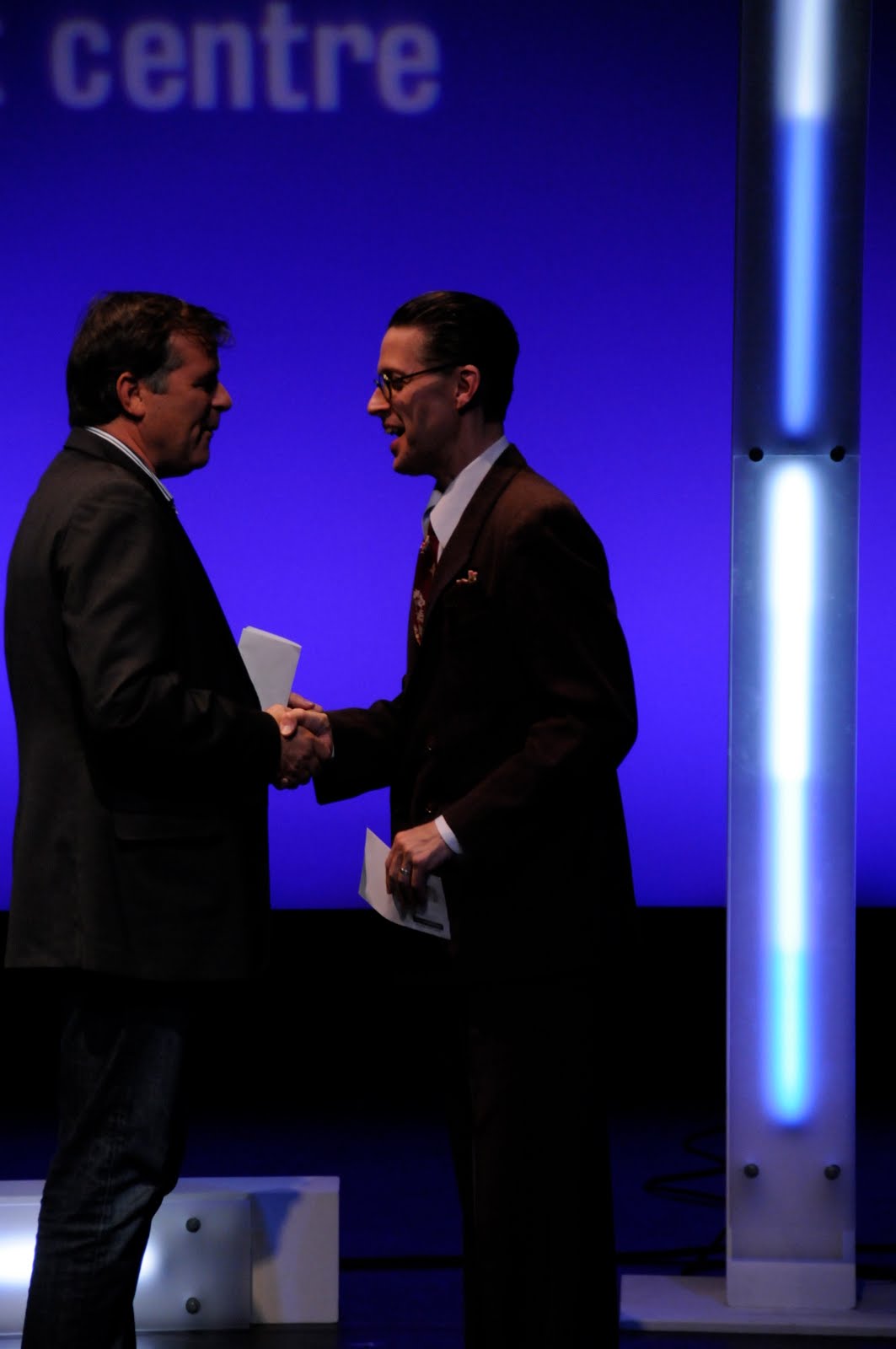 Sadly this past weekend, Harbourfront did not present Seth with a big Publishers Clearinghouse style cheque for taking home their festival’s prestigious prize, and being the cartoonist to do so. Instead, they had a very respectable affair and Seth gave a wonderful speech, along with the $10,000. Here is the IFOA’s director Geoffrey Taylor giving Seth the award. 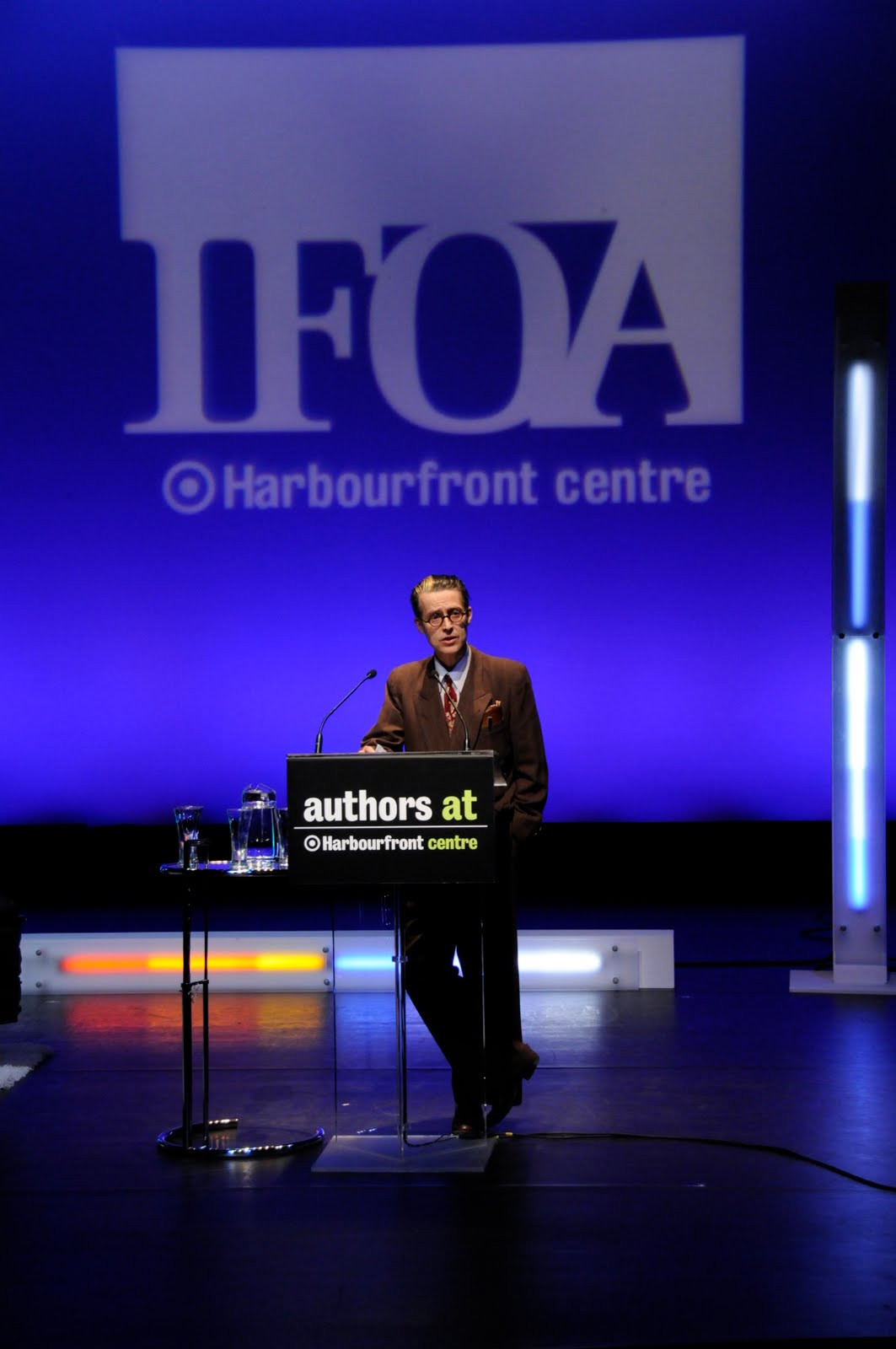 How dapper does Seth look! Here is Seth accepting his much-deserved award. His dedication to both the comics medium and Canadian culture is unparalleled, I think their awarding this prize to Seth is spot on. Congratulations Seth! We are proud and honoured to be publishing you.

Here is Seth’s poignant speech in its entirety:

Whenever something really exceptional happens to me, like winning this award, I am always afraid I’m going to wake up and find that it is still 1979 and that I am 17 years old and miserable and still in that high school in Tilbury Ontario. And though this moment feels real enough– to be honest, I’m not entirely convinced that this won’t still happen one of these days.

Certainly, looking back to those times it seems impossible the changes that have happened for the comic book over the last thirty years. When I started as a cartoonist back in the early 80’s I would never have foreseen a literary award like this coming to anyone who worked in the comics medium—let alone myself. It would have been ridiculous to even entertain the hope.

It’s not like I didn’t have literary pretensions. I certainly did. I’ve always believed the comics medium was capable of genuine subtly and grace and complexity… and of telling stories that would appeal to an adult mind. Stories that reflect real human experience. That said, it didn’t look too likely that the literary world or the art world…or even the mainstream pop culture was likely to cut the comic book much slack. Comics were considered entertainment for the gum-chewers of the world. Kid junk at worst – nerd culture at best.

Even taking into account the number of remarkable graphic novels that have been written over the last few decades I must say I am still surprised to look around and see the strides that our medium has made.

I accept this award as another such stride. The list of previous winners is very flattering to me. Just finding myself in such company is enormously gratifying. Still, I have to wonder what others might think of adding me to that list. I am sure there must be more than a few disgruntled prose writers out there today who might be saying “this guy isn’t even a writer—why is he the winner?”

As far as I am concerned cartooning is just another form of writing—like prose or poetry. Unfortunately they are usually seen as primarily a visual medium but comics are a book art– a storytelling form. They are certainly closer to writing than they are to film or painting. I see this award as another step toward normalizing that viewpoint.

In closing I’d like to wholeheartedly thank the Harbourfront jury, The festival itself and its director Geoffrey Taylor for honouring me with this award and for its continued support of myself and the graphic novel.