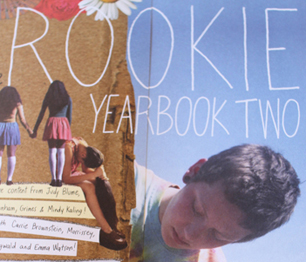 Rookie Yearbook Two in the office! Or, I got a masters degree and now I get to collage every day.

It seems like forever ago that Tavi and I were rooting through piles of clothes and old-timey paper junk while Jade scanned deliriously until 4am.

Three and a half months later, it’s pretty amazing to see all that chaos transformed into a tangible object, and hold it in my hot little hands. 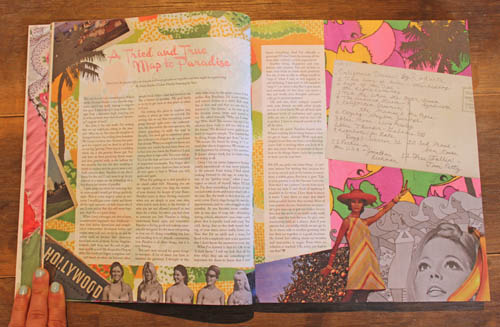 Like Rookie Yearbook One, Yearbook Two collects the best of the best from Rookie’s second year on the web, plus some extra goodies, including brand new content from JUDY BLUME, LENA DUNHAM, GRIMES, and MINDY KALING! And if that wasn’t enough, there’s also many new illustrations and page after page of collage magic. The book is organized by month, each one having its own theme, making it very distinct from the next in both content and aesthetic. And the icing on each month’s cake? A stunning opening spread by the talented and charming and beautiful Sonja Ahlers.

It’s tricky to showcase the content too much here since those words are so tiny, but hopefully these images will give you a good taste of each month’s vibezzzzz. Pictured above is a spread from June, or Paradise. 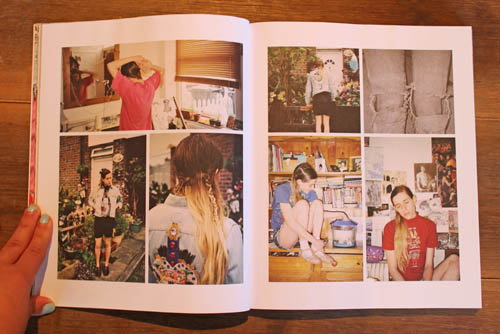 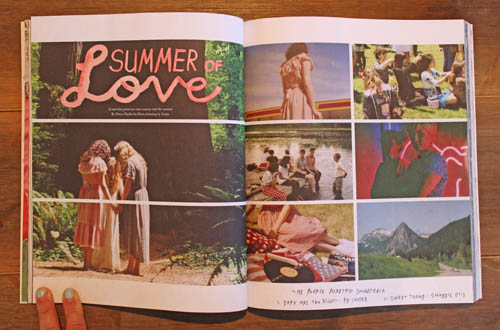 August: On the Road 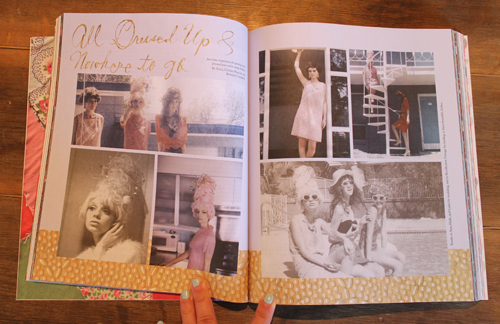 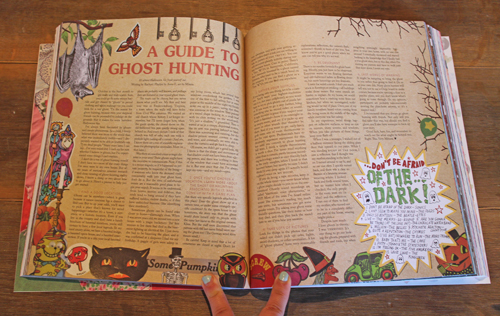 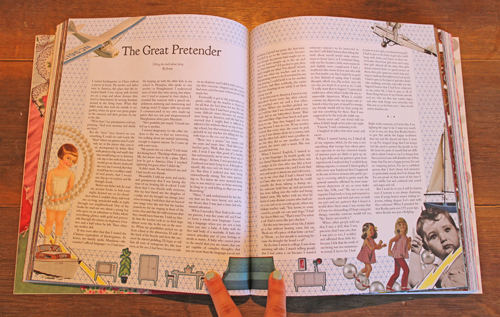 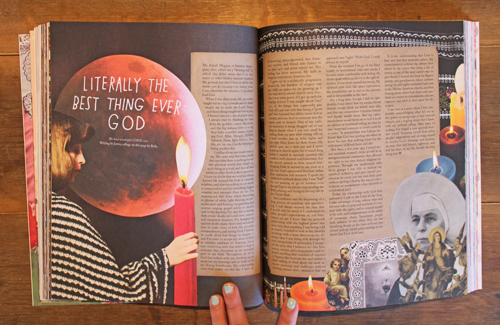 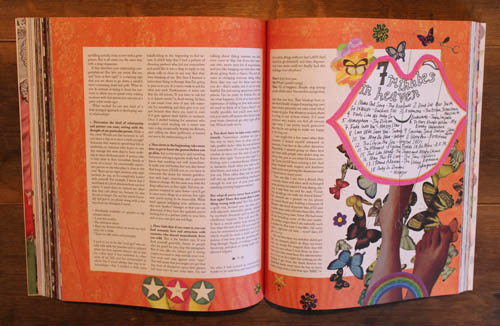 (Yeah yeah. I forgot to photograph January. Use your imagination.

The theme is Mythology and it’s ICY.) 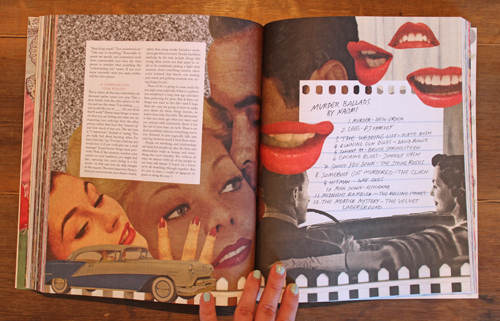 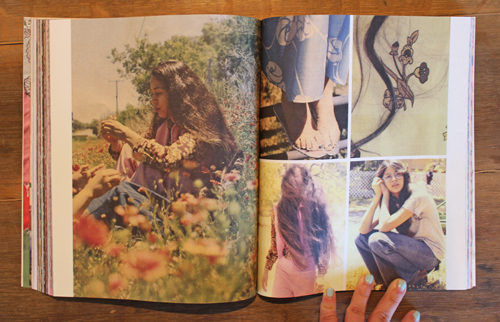 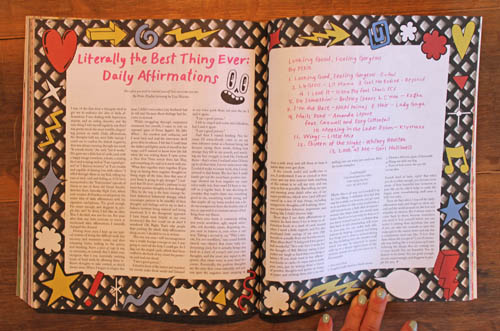 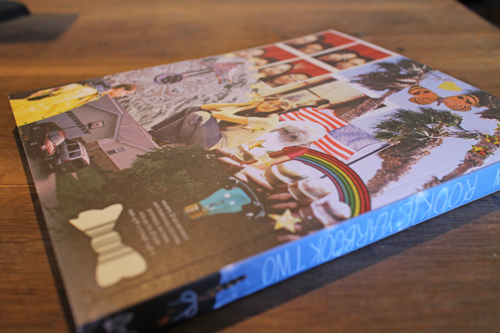 Rookie Yearbook Two will be in stores October 1st! Feel free to head on over to Amazon and pre-order now, if that’s your thing. Otherwise, why not hit up your local indie book shop on October 1st and make a day out of it?