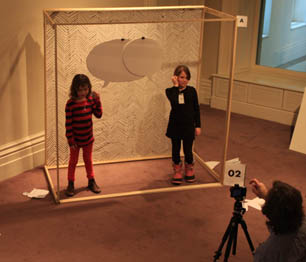 Oh, how about I get a bunch of strangers to make some fumetti!

This past Sunday, I took my daughter Georgina downtown to the Canadian Centre for Architecture. The CCA is a great local museum dedicated to celebrating Canadian architecture and often the city of Montreal is used as a focal point. {Pictured: the Librairie Drawn & Quarterly store manager Jason, his daughter Addie, Georgina, and me.}

Late last year, the CCA had asked Chris to lead a couple of family workshops and he enlisted Pascal Girard and myself to try something. Chris and Pascal had done drawing exercises that went off without a hitch and I saw the opportunity to make a museum build an elaborate comics related something or other that I could never pull off by myself like a 20-foot Charlie Brown statue or whatever. 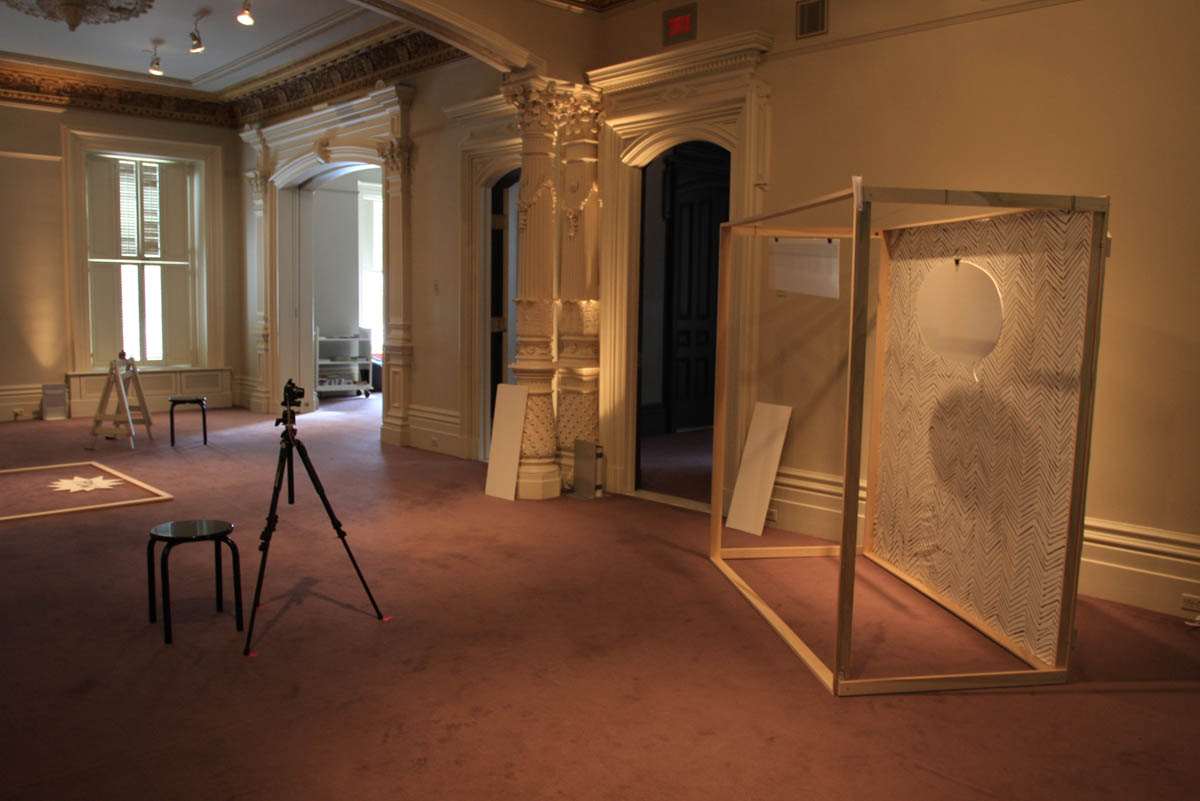 Eventually I settled on the idea of having the museum construct comics panels and I could get the families to act out a comic inside them. We would photograph the action and compile those photos into a comic. I’d give the families empty word balloons and narration boxes so they wouldn’t have to try and create legible lettering and I would put the lettering in myself later. Simple, right? NO! Well, actually, it was pretty simple. 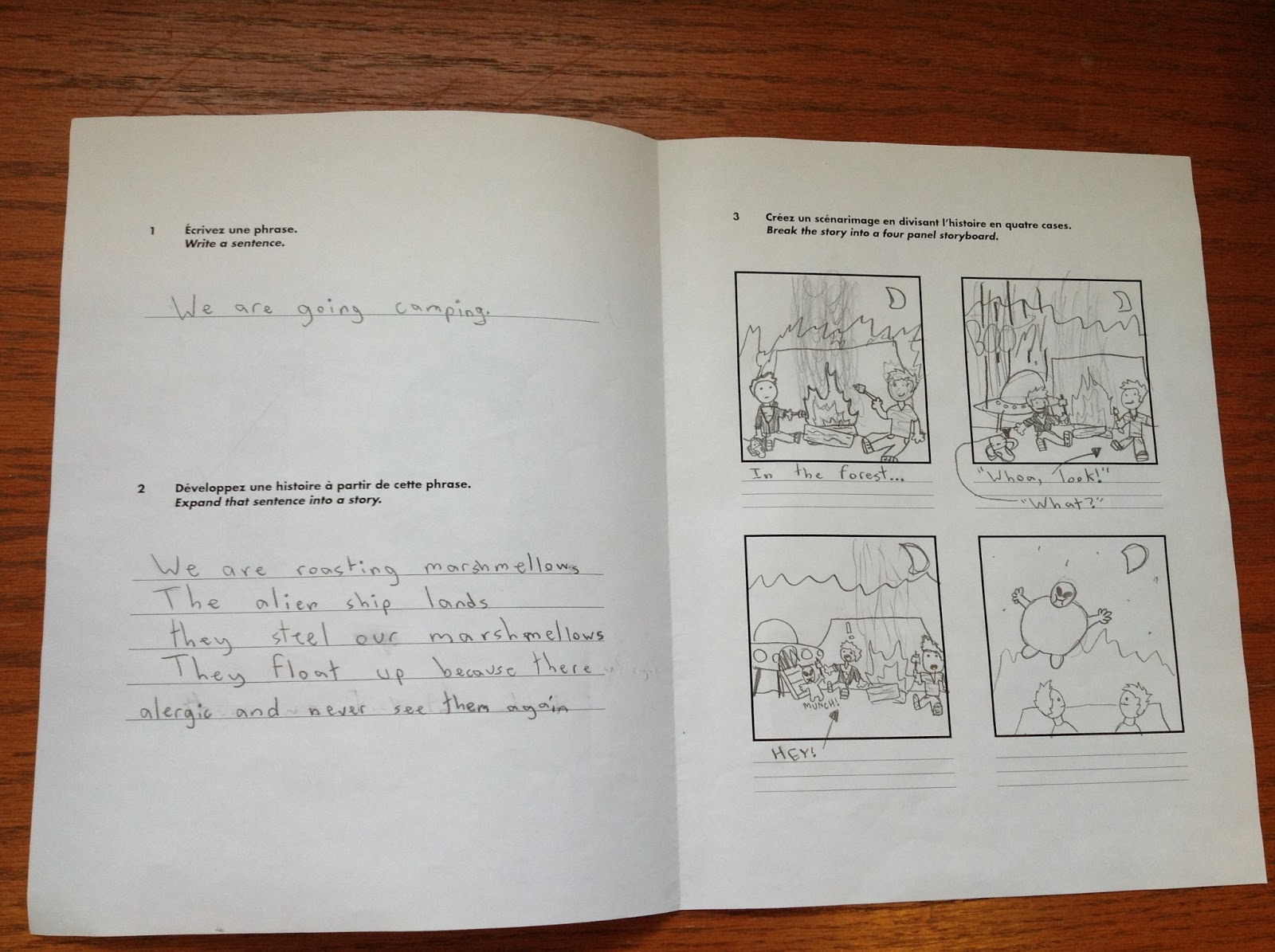 I instructed the kids to come up with a sentence (like “My mom and I like to go hiking on the mountain every Sunday.”) They then needed to expand on that sentence. Turn it into a paragraph, add some detail. Once they did that, they then had to figure out how to tell that story in four comics panels. And then we shoot! 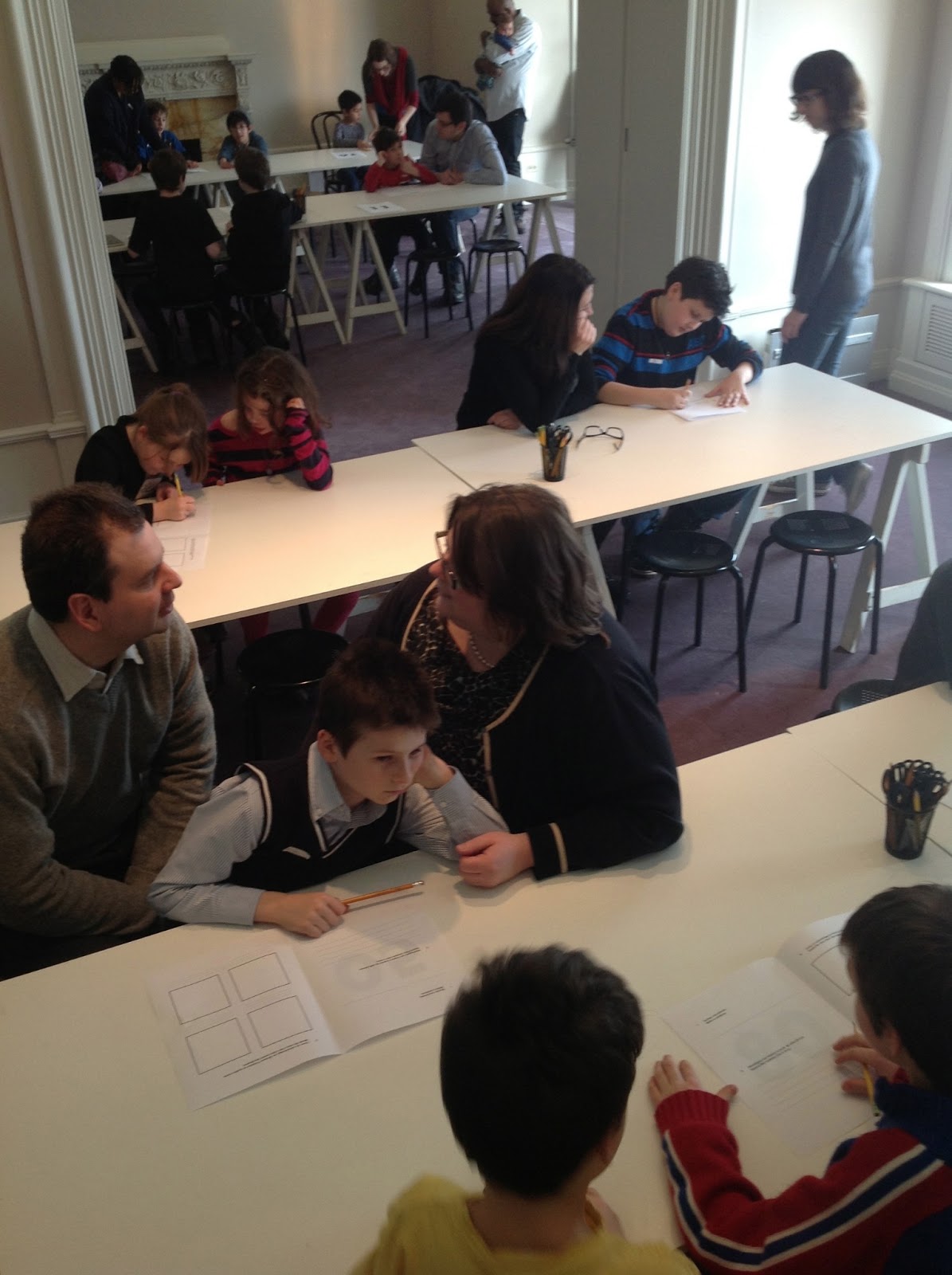 The results were pretty surprising. Even when the kids stayed in their comfort zones (fistfights, aliens, hockey, hot chocolate parties) the act of having to break the story down into parts created some hilarious results. 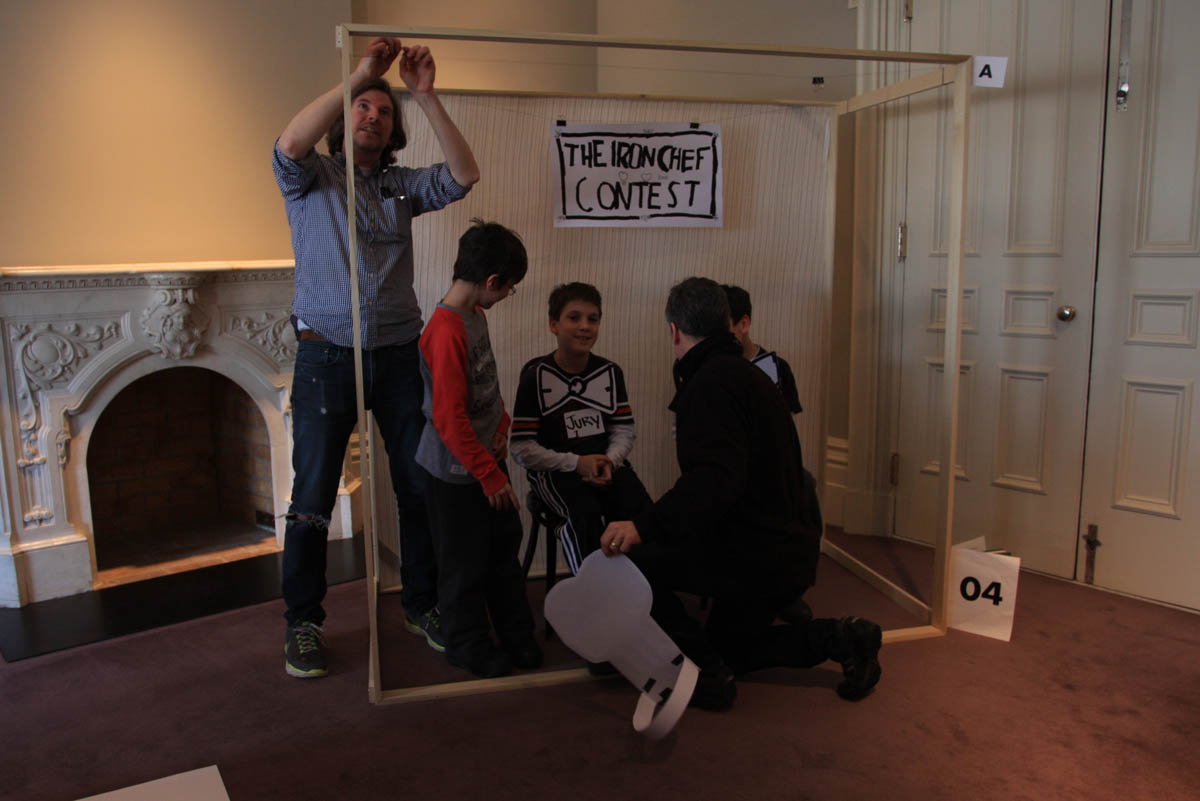 What follows are some of my favorite panels from the comics. Eventually, the strips will be on the CCA site so I’ll wait a little bit to post more here. 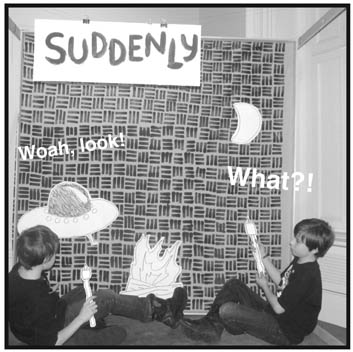 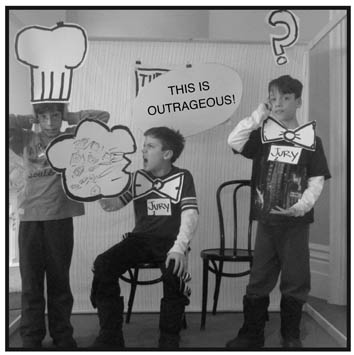 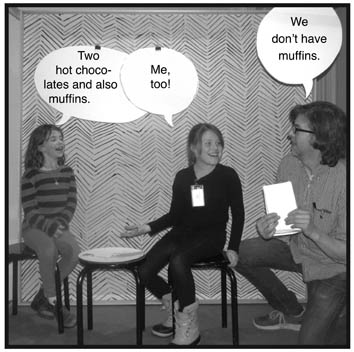 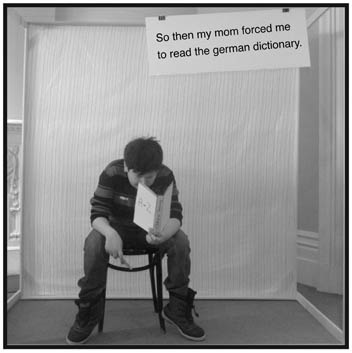 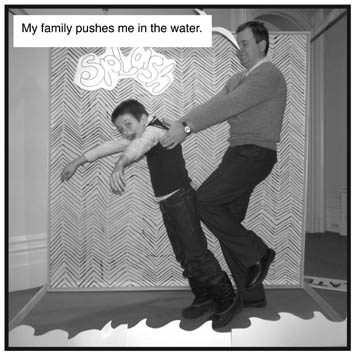 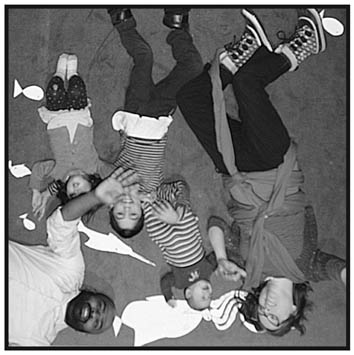 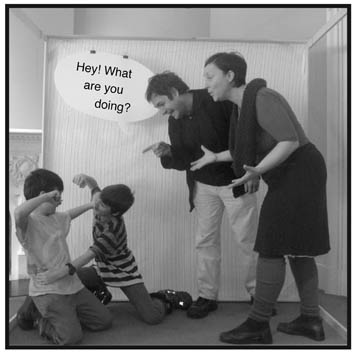 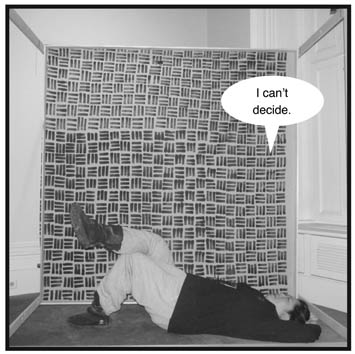 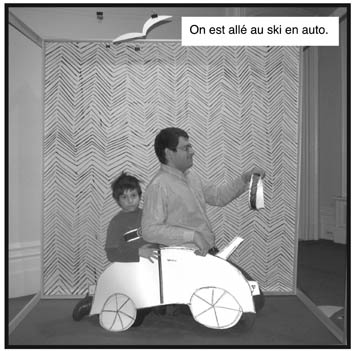 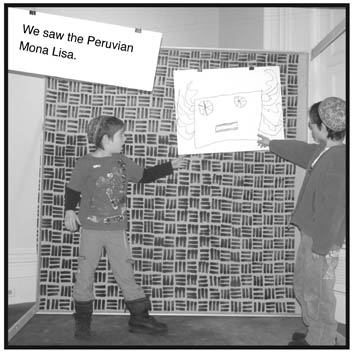 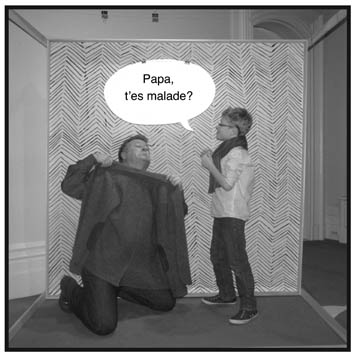 {Special thanks to everyone who came and especially Nicole Lattuca, Jessica Charbonneau, and Monique MacLeod at the CCA who made this actually happen. They are the best.}