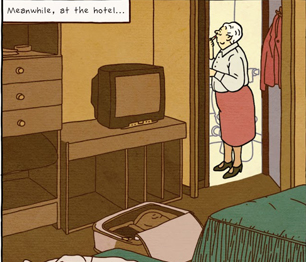 Look folks, it’s not every day we get to brag about TWO of our books being profiled and excerpted on NPR Books in three days – let’s bask in it a bit.

Look folks, it’s not every day we get to brag about TWO of our books being profiled and excerpted on NPR Books in three days – let’s bask in it a bit.

He goes on to talk about the way Rutu uses these beautiful silent sequences:
“Sequences like this, which encourage the reader to linger before turning the page, are useful, given The Property’s pacing and plotting, which depend on a comedy of errors and assumptions — characters are forever refusing to divulge everything they know, causing other characters to leap to conclusions that cause still other characters to misconstrue what they’ve learned and so on and on until the great, final-act reckoning.” 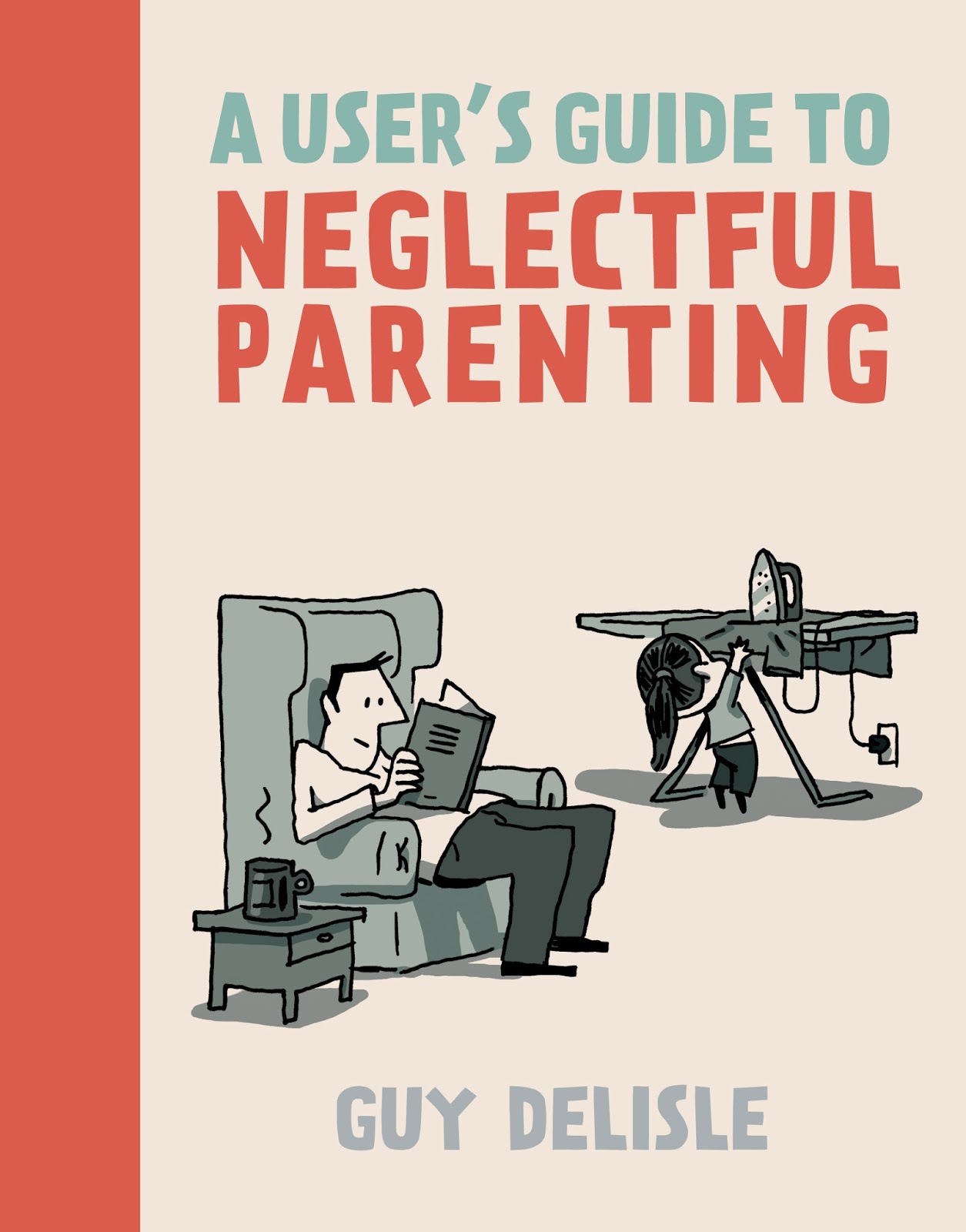 Today, he follows up with a review of Guy Delisle’s A User’s Guide to Neglectful Parenting:
“Guy Delisle is the real thing: a skilled and wryly funny Quebecois cartoonist. User’s Guide is a deceptively light series of gags on the subject of one well-intentioned man’s shortcomings as a father… but Delisle deftly contrasts his cartoon avatar’s self-involved and self-satisfied actions with their lingering effects on his guileless, po-faced kids. The brevity of each vignette highlights Delisle’s acute sense of timing.” 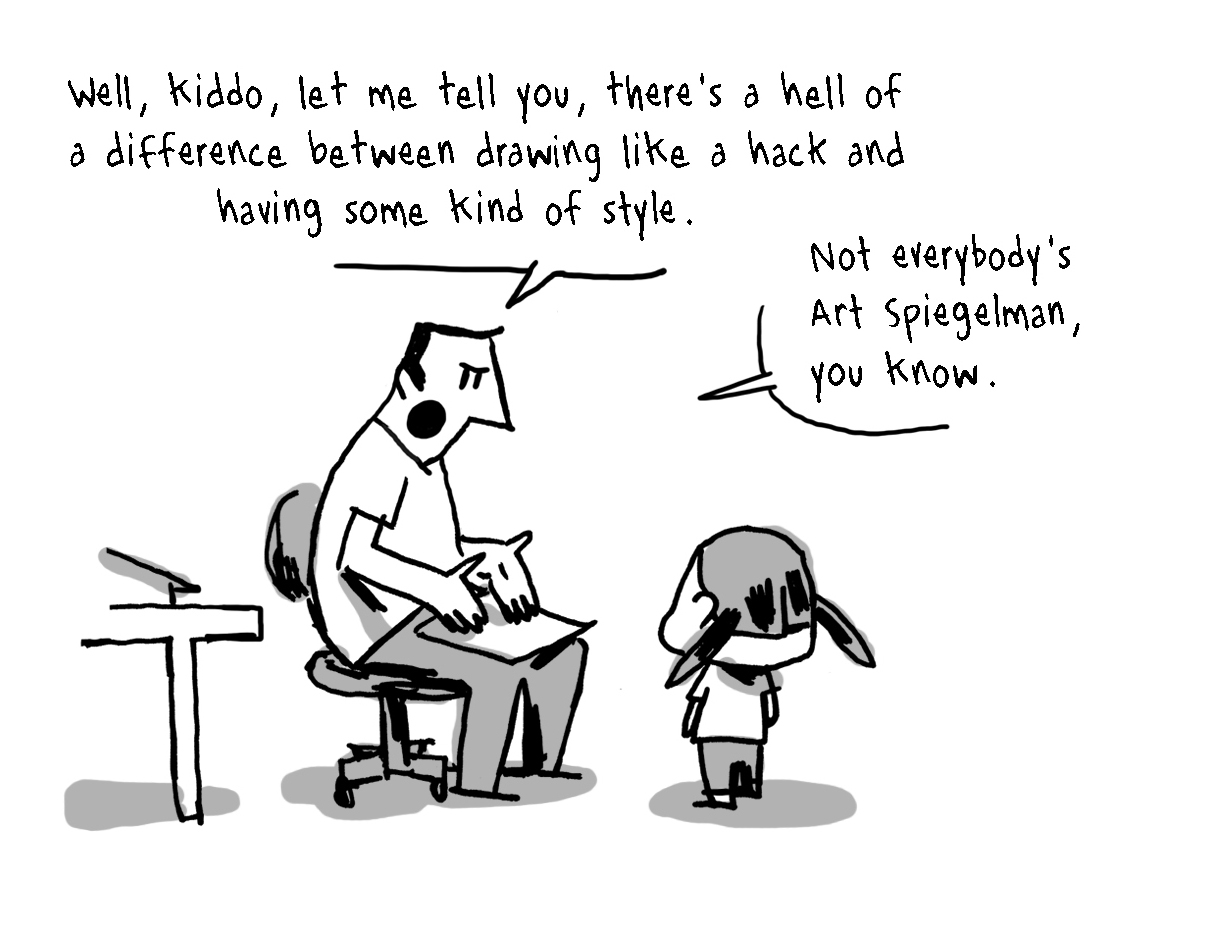 Click through to read short excerpts from The Property and A User’s Guide to Neglectful Parenting on NPR.

Finally, since Canada Day is coming up fast, let me take this opportunity to share this short review and excerpt of one of the book’s Canadian-centric vignettes on Boing Boing, where Mark Frauenfelder says: “A User’s Guide to Neglectful Parenting is a funny and truthful book about being a parent… 190 pages worth of light-hearted stories about [Guy Delisle’s] relationship with his adorable, smart kids.”