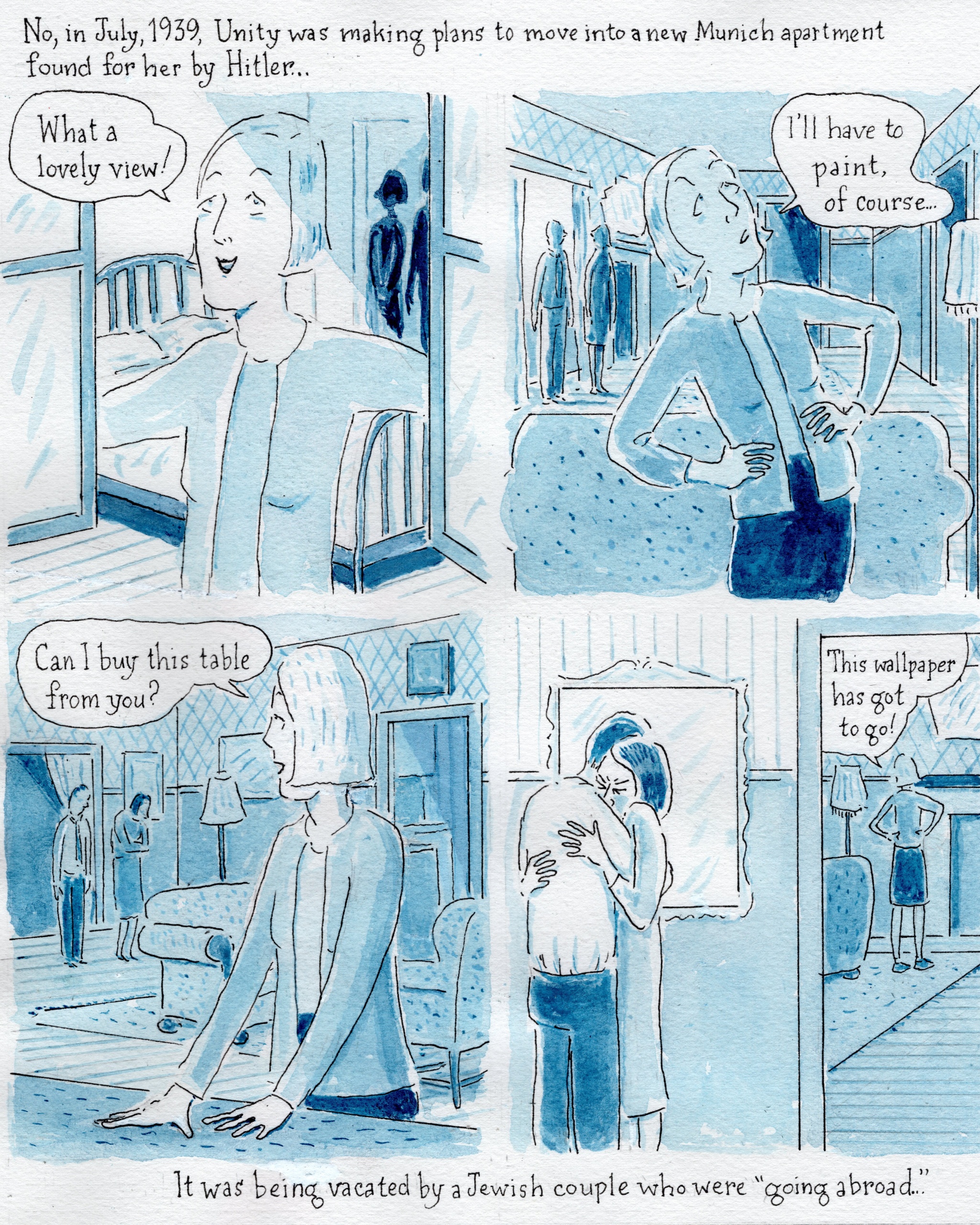 Mimi Pond’s Do Admit: Making Sense of the Mitford Sisters

Mimi Pond is a cartoonist, illustrator, and writer. She has created comics for the Los Angeles Times, Seventeen magazine, National Lampoon, and many other publications. She has also written for television: her credits include the first full-length episode of The Simpsons, “Simpsons Roasting on an Open Fire”, and episodes for the television shows Designing Women and Pee Wee’s Playhouse. Pond has published two previous books with D+Q: Over Easy and The Customer is Always Wrong, and her work has been recognized with the PEN Center Award for Graphic Literature, the Inkpot Award, and the Eisner Award. She lives in Los Angeles with her husband, the painter Wayne White.