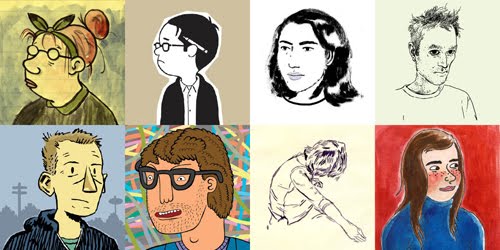 What a difference 24 hours can make! Yesterday in the pouring rain I was running around trying to get ready to leave on a plane to NYC, thwarted by a wallet thief and missing passport, and now I’m sitting here on a beautiful day in Montreal, while the Chief flies down to the City in my place. Fortunately, I am able to console myself with a present that our distributor Farrar, Straus & Giroux faxed over — 2 reviews from this weekend’s holiday books issue of the New York Times Book Review and the world brightened up a bit.

Speaking of new books, let’s just announce this little bomb, Adrian Tomine will be debuting brand new advances of his 2011 book Scenes From An Impending Wedding. Oh yes, not that many at the show either. 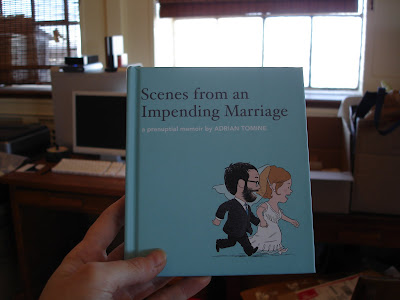 And let’s not forget the last fricking issue of Big Questions, with Anders Nilsen in attendance! We haven’t even received our copies in the office yet so I”ll just post his beautiful poster for the show. 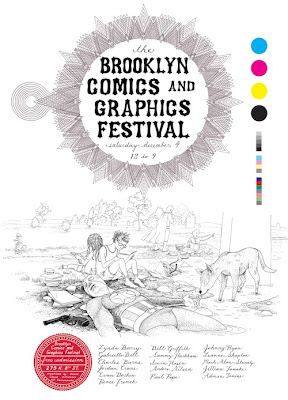 Here is the D+Q schedule:

1:00 | LYNDA BARRY AND CHARLES BURNS IN CONVERSATION  Lynda Barry drew the syndicated weekly comic strip Ernie Pook’s Comeek for more than two decades, and has authored books including Cruddy, One Hundred Demons, What It Is, and this year’s Picture This. Charles Burns is the author of acclaimed graphic novel Black Hole and the recent full color book X’ed Out. Join us for this conversation between two extraordinary artists who also share a personal history as former classmates.

3:00 | TAKING INVENTORY: THE STORY OF THINGS In their most conventionally narrative form, comics develop a storyboard-like continuity from panel to panel. But how isolated can a panel be? Renée French, James McShane, Jungyeon Roh and Leanne Shapton will discuss the ways in which they construct or suggest narratives by assembling images of objects and moments that retain their individual integrity.

5:00 | ANDERS NILSEN Q+A  Anders Nilsen’s fine line, radical graphic experimentation, and humane philosophical investigations distinguish him as one of the most notable cartoonists of his generation. This winter sees the conclusion of his series Big Questions, an epic epistemological adventure featuring several cartoon birds (some of them dead) and one disoriented fighter pilot. Anders will discuss his art and career in this spotlight conversation.

7:00 | CHAOS AND PATTERN  Artwork that is dense with compositional detail, line, pattern and texture encourages a lingering, wandering eye. How does this kind of drawing work in comics? Brian Chippendale, Jordan Crane, Keith Jones and Mark Alan Stamaty will consider the relationship between densely made drawing and the propulsive concerns of visual narrative.

And more from Adrian’s book…. 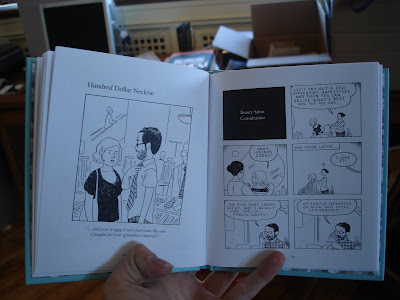 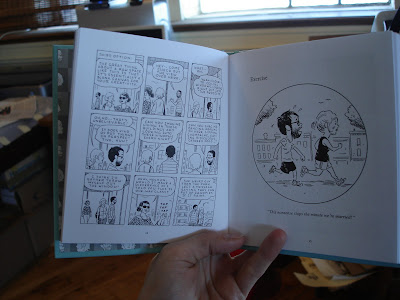