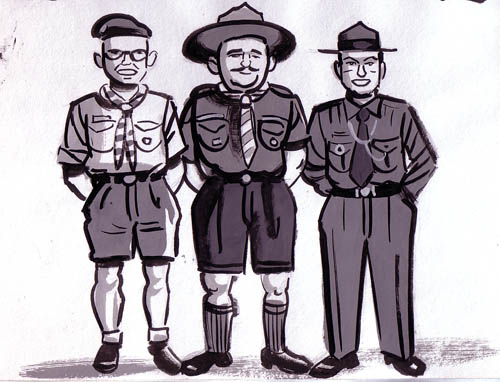 On Saturday morning, June 4, around 2 AM, Dad died.
He was 94 years old, so it wasn’t a shock or a tragedy but it was very sad for me. I will miss him.

Dad was of another time. He didn’t fit well into this culture. To his dying day he thought of Pizza as foreign food! (“Give me some Cod and boiled potatoes and I’ll be happy.”) God knows, the world certainly changed in every way during his lifetime but somehow he stayed pretty much the same throughout it all. I know that harsh upbringing during the great depression on Prince Edward Island shaped him in every important way and though he lived much of his life away from the Island he never really left it. He couldn’t leave it behind. It was in his every conversation. He was an Islander and when he retired he returned there to live out the last 25 years of his life.

I think he was happy there. As happy as he was capable of. I don’t want to sugar coat things. He wasn’t a saint. He had a terrible temper and god knows, when I was a teenager we had a lot of heated arguments. He and my mother had a horrible marriage and that left a lot of scars on the family. He didn’t take personal responsibility well and he held some grudges. Some for decades. It took me years to forgive some things. But forgive, I did. I loved him so much when I was a little boy I couldn’t help but return to that affection as a man. He had a gregarious, outgoing, social personality that was often reserved for outsiders and when I was grown up I guess I fell into that category because that was the personality I generally saw when I spent time with him. He mellowed in old age as well. After turning 80 (or around then) he became really emotional in a way he’d never been before–very affectionate and loving. It was touching. He had a mean little dog (Punky) that he loved more than anything in this world.

Wedding photo circa 1940s. John Gallant at far left next to his new bride, Violet.

Dad was one of those old time fellows who could handle things–or at least was always willing to step in. He was physical. He could fix whatever needed fixing. If your car was broken he’d figure it out. He could dig up a mess of clams and cook them in 5 minutes flat. He built a log cabin by hand when he was in his 80’s. It wasn’t pretty–you wouldn’t have put it in a pioneer village–but he cut the logs and hauled them by hand and build the damn thing all by himself. I couldn’t have built that cabin if my life depended on it. He made some really wonderful rustic benches and birdhouses around the same time. Those were pretty. As a kid he would fashion up rough hewn toys for me. I recall a fantastic hand whittled viking ship and a to-scale gallows (with working trapdoor) for my action figures. He made me a great big World War 1 Bi-plane out of cardboard and masking tape with Bic pens for machine guns. That was a glorious piece of folk art. I would kill to have back that model of the USS Enterprise that he welded together from Hub caps and angle iron. Spray painted all wrong–shiny gold! He didn’t even understand what it was he was making–just knew I wanted one and was game to give it a try.

John Gallant (at right) in the Royal Canadian Air Force, circa 1960s.

He’s been a soldier in Europe in the Second World War (Charlottetown Light Horse) and a member of the Royal Canadian Air Force in peacetime. He was a Scout master and the District commissioner too. In the 70’s, he was a shop teacher. To get that job he had to go back to teacher’s college and upgrade his education from Grade 2! Despite his very friendly demeanor he projected authority. Even in old age, dressed in a ratty blazer and sweat pants he still seemed to be in uniform. I think of him that way always. He didn’t really rise all that high in rank but somehow that career in the Canadian military remained branded on him like a tattoo.

He struggled. He never really attained whatever it was he was looking for. I always sensed that. He was a restless type–always on the move. He moved house almost every year for 40 years or more. My childhood was one constant process of packing and unpacking our meager possessions. I’ve never understood that. I don’t know if he was looking for something or running away from it. In the family we often joked that we would have to bury him in a wheelbarrow so we could keep moving him around.

My sister Vicky and I rushed to P.E.I. last week when his 2nd wife Nancy called to tell us of his dire state. He’d been in the hospital for that proverbial hip operation (the one anticipated for everyone in their 90’s) and had taken a turn for the worse. When I got there he had already stopped speaking. I could barely recognize him–he was terrifically emaciated. Just skin and bones. He didn’t have his teeth in and his face was caved and skull-like. They’d shaved off his mustache. I don’t think I had ever seen him without one. Still, the moment I came in he took both my hands and looked deeply into my eyes. He knew me. I’m grateful for that because shortly after he rapidly slipped deeper and deeper into a profound sleep . Oh, there was some painful struggle… but ultimately, he passed peacefully.

Aboard an ocean liner returning to Canada, circa 1950s.

When I went through his possession it took less than an hour. A few military uniforms, his medals, a box of photos and some files of early drafts of his book. A complete RCAF china service that had been packed away for decades. A sheaf of endless nagging letters between him and the Veteran’s Association (one of those grudges). You could probably have fit his lifetime of possessions into a car trunk. He had a beat up old cardboard box in his closet filled with newspaper clippings relating to my own career. That broke my heart.

He and mother loom large over everything in my life. Both gone now. They were the primary source of all influence on me. Not a day goes by where I don’t think of them and the stories they told me and the world they grew up in. They were giant figures to me. I don’t think I’ve written anything that wasn’t, in some manner, about either of them.

At home in Prince Edward Island, circa 2000s.

So yes, I learned a lot from my father. Not all of it good. Some lessons of what to avoid, as well. But he was a strong creative person and he valued thought. He was a smart guy. Not sophisticated by any means, but naturally smart. He was set in his ways yet was surprisingly open to any kind of wide ranging argument His opinion remained unchanged but he engaged the argument with pleasure. As a boy he took me to every pioneer village, historic fort or local museum that we drove by. He instilled an interest in the past in me that, obviously, is still very active today. I’m gratified to have made Bannock, Beans and Black Tea with him. Its publication brought him a lot of personal satisfaction and fulfillment. A legacy. I’m so glad it came out while he was still vital and clear headed and could enjoy the attention it brought. That book brought us closer together and gave some sense of closure to his life. I recall my mother told me that he insisted on naming me Gregory. After I changed my name to Seth I often felt bad that I had not only thrown away the family name but had disowned the first name he’d wanted as well. He never said a word about it.

John Henry Gallant is survived by his second wife, Nancy and her daughter Wendy. He is also survived by his children Chris, Vicky, Mike, Stephen, and Gregory. Goodbye Dad.