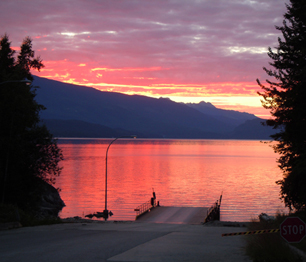 Pascal Girard and myself were lucky enough to be invited to speak at the Elephant Mountain Literary Festival in Nelson, BC, earlier in July. I grew up just six hours away from Nelson (I realize to non-North American readers this is very far, but if you live in the vast abyss that is Canada, this is sugar-borrowing distance), but for whatever reason, had never been. 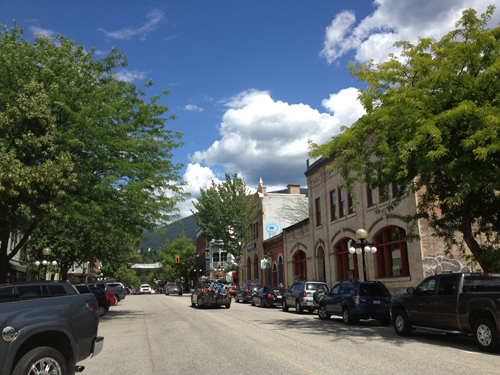 Pascal Girard and myself were lucky enough to be invited to speak at the Elephant Mountain Literary Festival in Nelson, BC, earlier in July. I grew up just six hours away from Nelson (I realize to non-North American readers this is very far, but if you live in the vast abyss that is Canada, this is sugar-borrowing distance), but for whatever reason, had never been. Needless to say, the adorable little town, tucked away in the glorious Selkirk mountains, charmed the pants right off of me. Literally. By the end of the weekend I was dancing around a fire nude playing a pan flute.

Pictured above is the town’s main street. 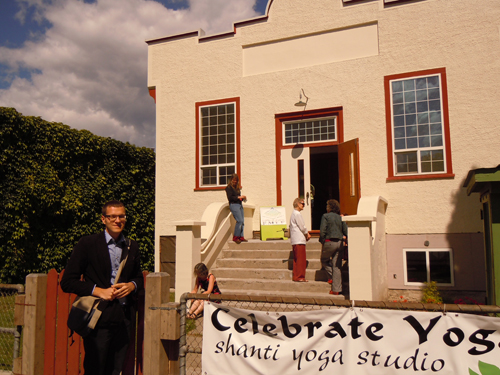 Here’s Pascal outside of the church turned yoga studio turned literary festival venue. I tried to squeeze a few sideways crane poses in, but there just wasn’t time. Just kidding. Can anyone actually do those? 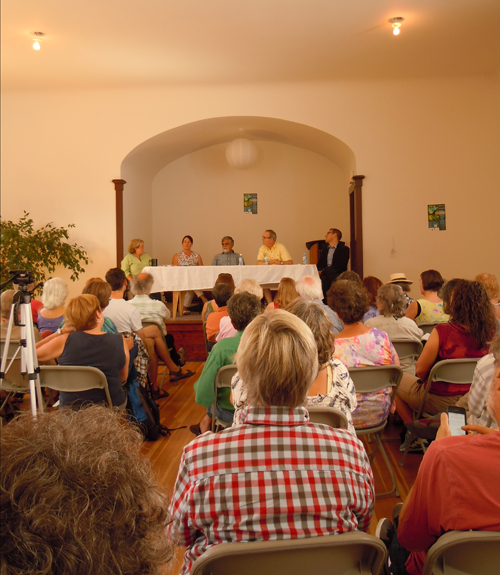 Here’s Pascal at one of his panels, with authors Camilla Gibb, MG Vassanji, and Terry Fallis. Pascal was in very fine company; all these very talented authors were a pleasure to listen to.

I forgot to give my mom the camera (yeah, that’s right, both my parents came to hang out with Pascal and me while we were there and it was really sweet of them to buy me all those dinners and nice coffees), but Pascal and I also had a panel on comics, wherein we talked about comics to a bunch of people who had wildly varying interests in the medium, but Pascal was so charming that they were all on the edges of their seats, eating up every word while staring into his sparkling French soul. I’m pretty sure every woman in Nelson (including my mother), and even a couple Canadian Literary dynamos, completely fell for Pascal. And I’m all like, come on! What’s he got that I don’t? 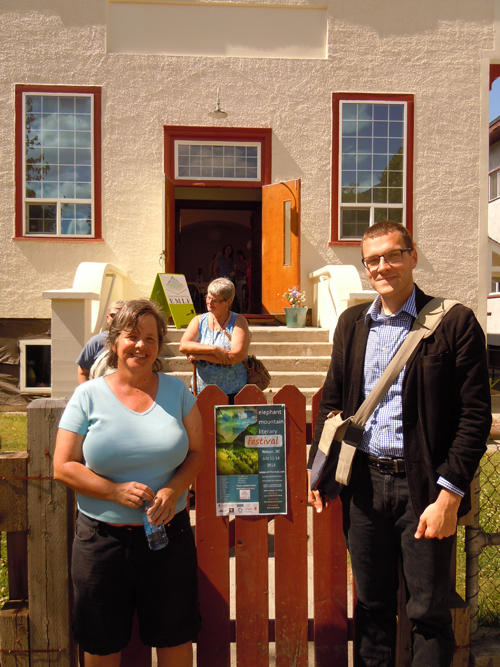 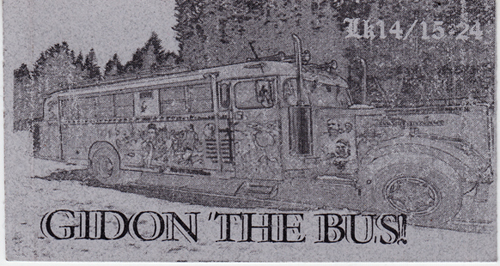 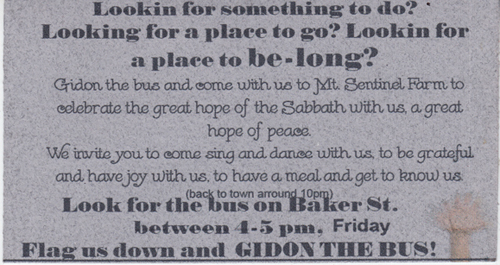 Look, if you’re not familiar with the beautiful town of Nelson, here’s something you should know, if you hadn’t figured it out already: Nelson is full of hippies (not that there’s anything wrong with that). I saw a knock-off Merry Prankster bus drive by earlier in the day, and then when it drove by again, I noticed that Pascal was specifically not making eye contact with the bus or anyone in it, which seemed odd because it really was quite something to look at. Pascal later casually mentioned that someone from the bus had approached him earlier and given him this card, along with some very warm eye contact and a promise to have him back on solid ground by 10 pm. 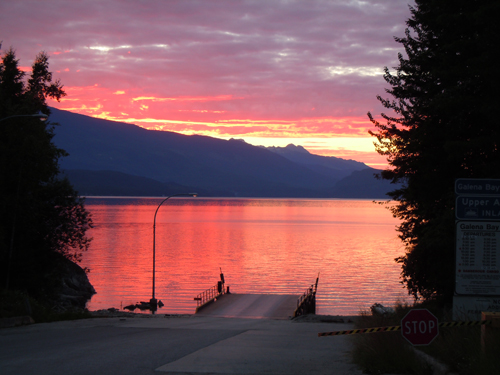 This picture is not from Nelson at all, but stunning, right? I drove back home (read: childhood home, this dust-bowl of a city called Kamloops) for a quick break between EMLF and Comic-Con. At one point in the drive the highway just ends and you have to sit around and wait for an hour to catch a ferry over this lake, and then you carry on your way like it was no hassle at all. We timed it just right, and spent our hour starring at this sunset and skipping stones, which was followed by a dark ferry ride where my dad toured me around the boat pointing out hydraulics and motors and other manly things that he knew a bunch of facts about and I enjoyed every second of it.

Thanks so much, Lynn, for all your hard work putting the festival together, and for the very appreciated invitation to join. And thank you also to all of the helping hands that made the festival possible.