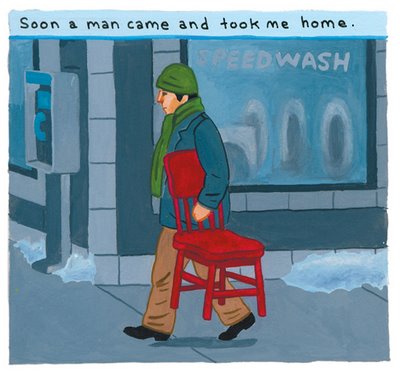 A lot of Gabrielle news here at D+Q. First off, today at the Sunshine Theater in NYC, Michel Gondry’s film of three short films Tokyo opens. Significant to comics readers everywhere because the first short film Interior Design is based on Gabrielle’s short story Cecil and Jordan in New York making this the first D+Q comic to have an (authorized) adaptation hit theaters. Very exciting.

If you don’t live in NYC, you’ll be able to see Gabrielle in LA and SF in April for her Cecil and Jordan in New York mini-tour and again in NYC at many events, stay tuned!