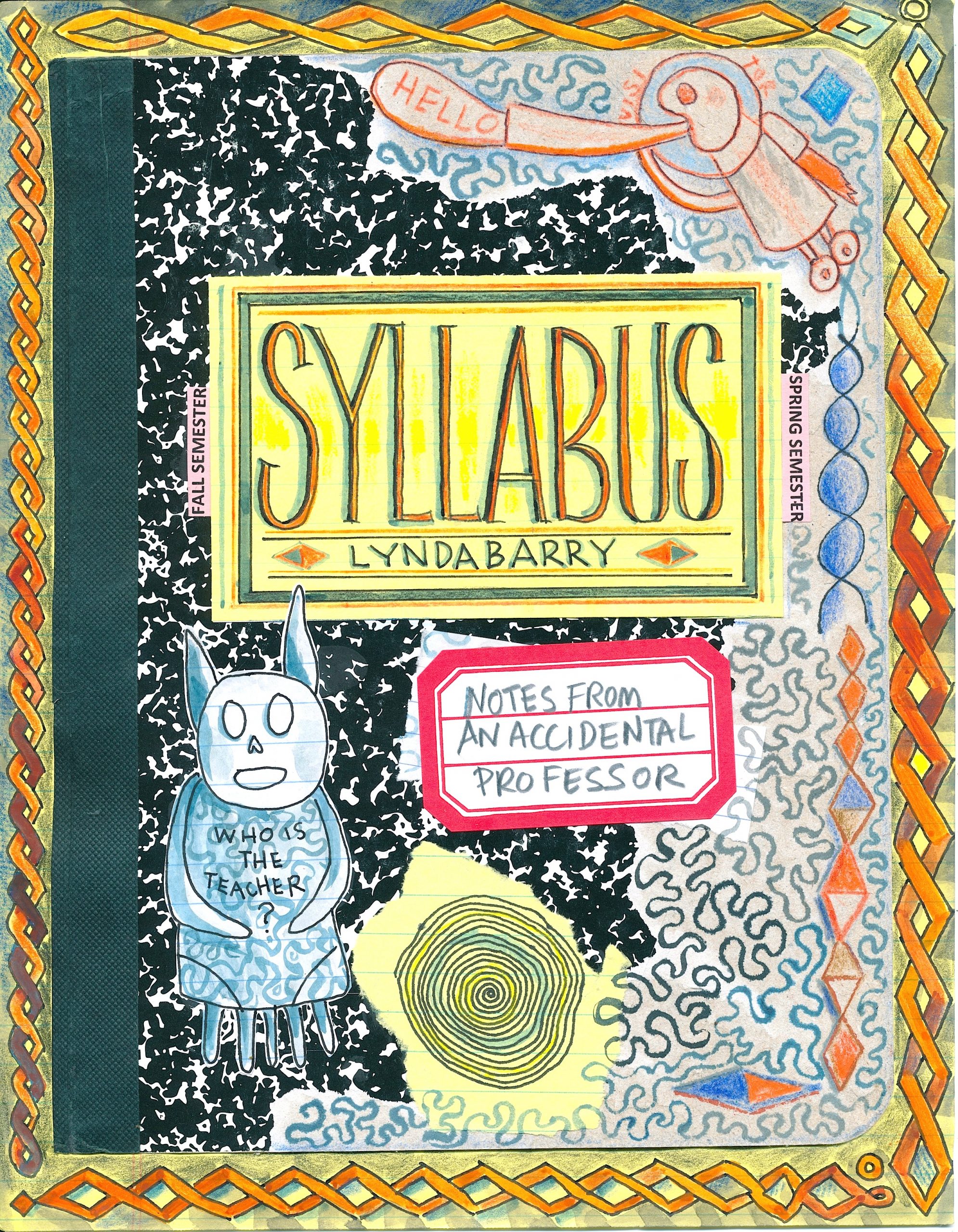 Whoo-ey! Today I’m here to talk fall 2014 books. We have lotsa titles to discuss, so into the fray with new titles from Barry, Delisle, Jansson, Mizuki, Porcellino, and more! 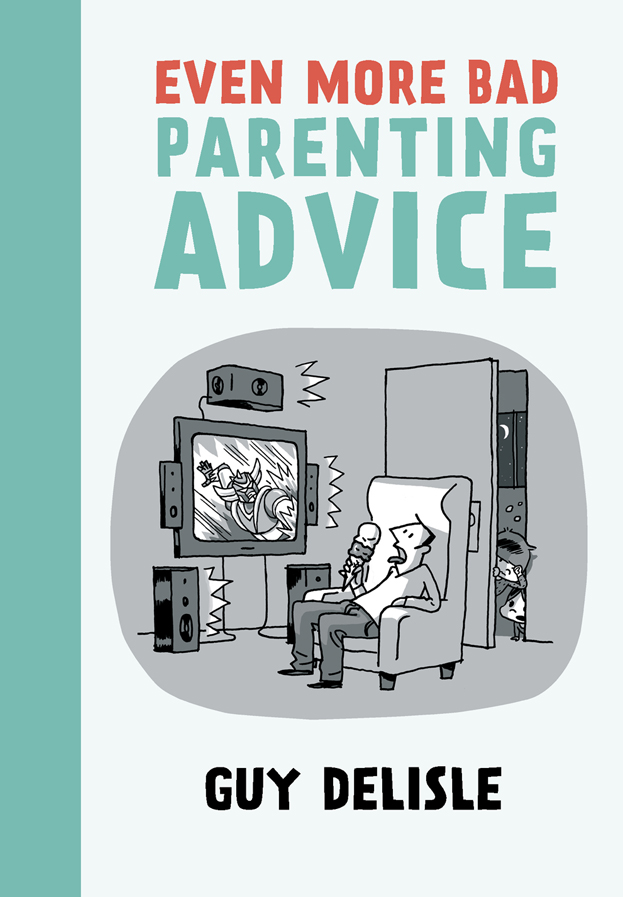 Whoo-ey! You build a new website, you blink and all of a sudden August is over, Fall Con Season has begun, and it’s time to shout about all the wonderful fall books we have lined up! So get ready to get pumped y’all, cuz there’s some pretty great stuff headed your way.

Above you see the cover of Even More Bad Parenting Advice by Guy Delisle (click through on any title in this blog post for specs / copy / pdf preview), translated by Helge Dascher. We’ve given this book a couple shout-outs already. Even More Bad Parenting Advice picks up where A User’s Guide to Neglectful Parenting left off, with all-new, entertaining tales of parental mishaps and practical jokes gone wrong. In this lighthearted collection, Guy Delisle celebrates the all-too-true reality that parenting isn’t all first steps and gold-starred report cards. It’s our first of the fall, and it’s in stores now! 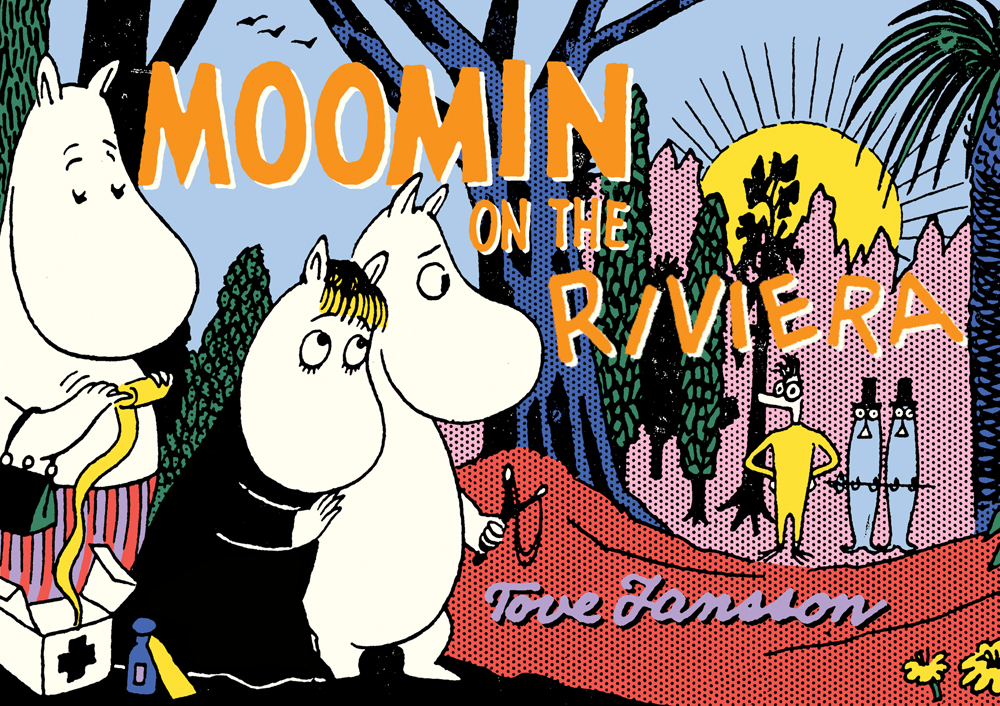 Moomin on the Riviera by Tove Jansson is our second title of fall, in stores September 9th, and boy is it a cutie! This is another entry in our Enfant re-releases of the classic Tove stories, and I have to admit, it’s one of my favorites. I love the pretentious bikini saleswomen, I love the Marquis who aspires to a bohemian lifestyle, and I love the colouring job on this little fella! 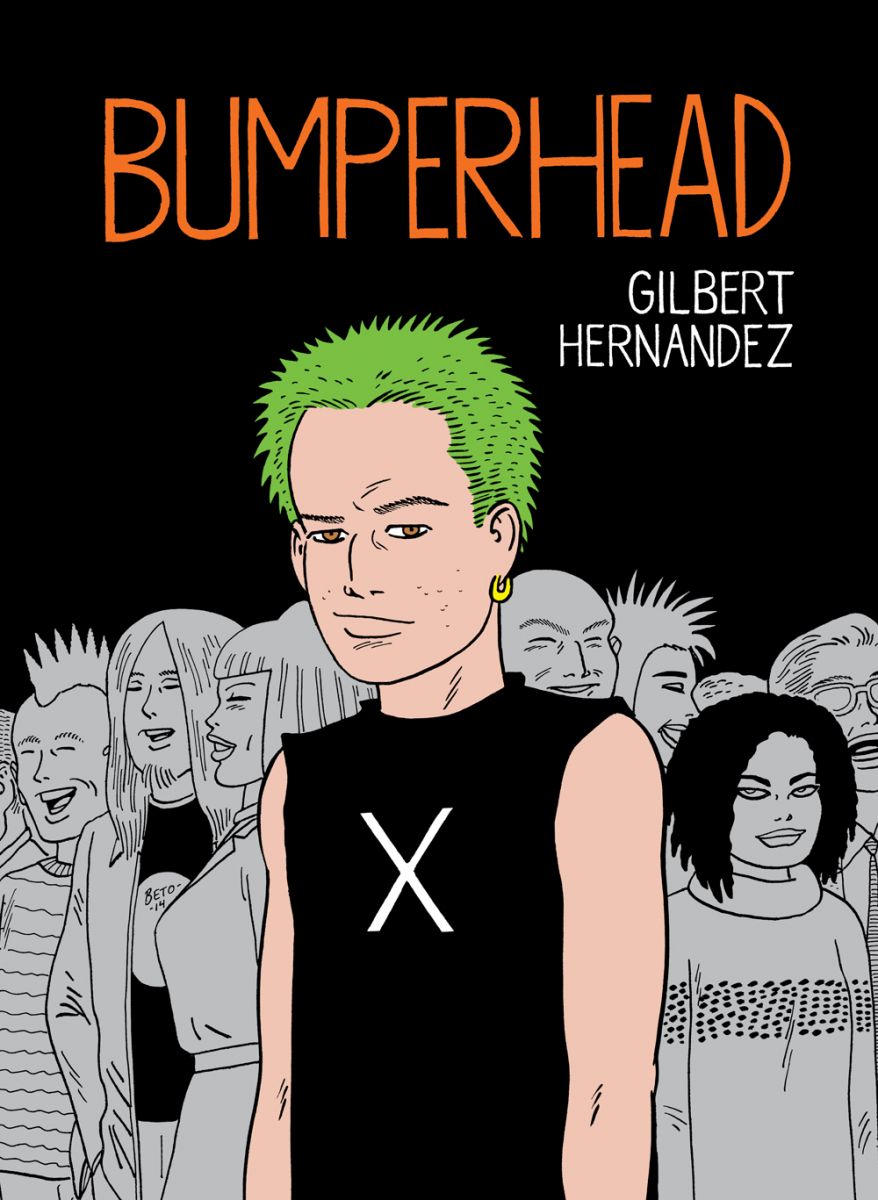 Bumperhead is Gilbert Hernandez‘s heady exploration of the troubled world of adolescence, and it’s a richly textured exploration of the way subcultures, especially music (whether punk, glam-rock, or prog rock), shape our experiences of that world. But really, I think Publishers Weekly have us covered here with their starred review:

“Hernandez’s art is characteristically gorgeous—clean lines and strong contrasts, with expressive, unique characters, subtly changing as Bobby’s situation does. Bobby comes to life as a sympathetic but complicated character, and the book’s darker elements—the nightmarish sky, Bobby’s father’s secret down in Mexico, and the tablet owned by one of the characters that can predict the future—create a creepy, textured, and mysterious background to his mostly disappointing life adventures. Do not miss this delicate, heartbreaking masterpiece.” 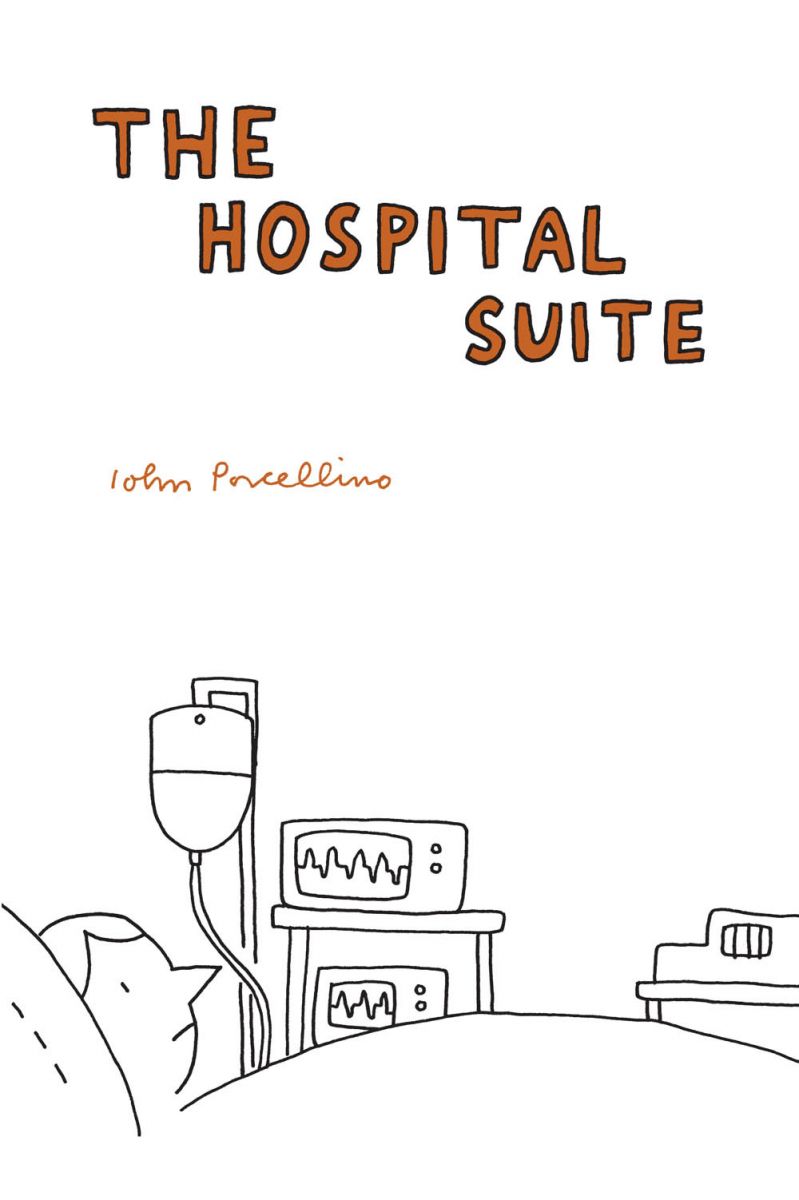 John Porcellino’s The Hospital Suite will be in stores September 23, but don’t let that hold you back! Find him on tour all fall, kicking off at SPX; books will be at early events too!

The Hospital Suite is a landmark work by self-publishing legend John Porcellino about the consequences of a life-altering surgery. It details his struggles to come to terms with his OCD and his quest to find his way back to art-making and a happier existence. Porcellino’s generous with his life story, telling it without flourish or self-pity. If you’ve ever known anyone with OCD, this will shake you to your core.

Or, per Publishers Weekly’s starred review: “Porcellino’s memoir is sometimes brutal but exceptionally honest…his simple, black lines and bare-bones drawings have a powerful economy that present the story cleanly, without flourish, detailing a frightening and inescapable spiral into dysfunction without hyperbole. The result is a clear-eyed, penetrating book about the helplessness of illness which should bring Porcellino a wider audience beyond his cult following.” {For bonus credit this John P profile will make you understand the breadth of this project.} 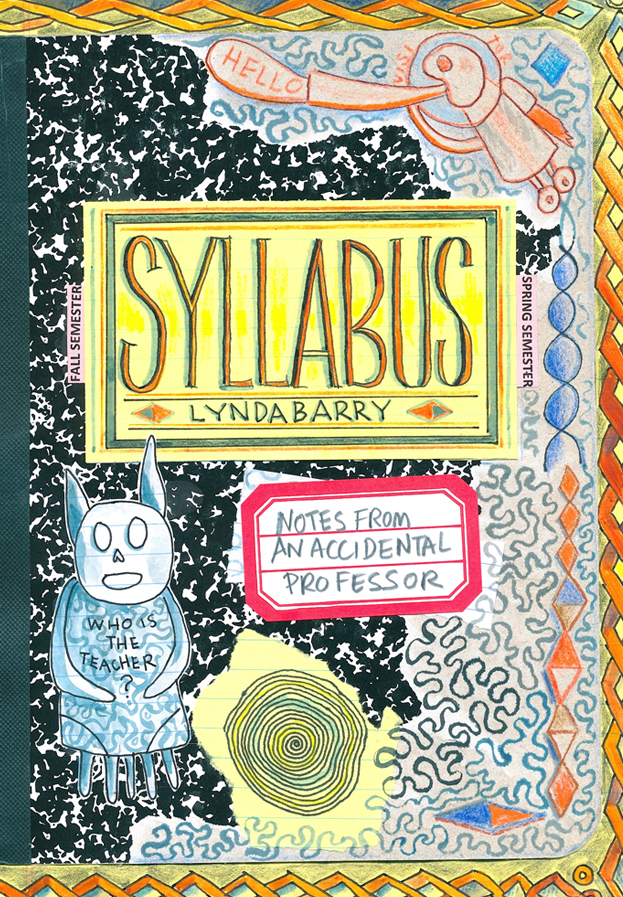 Lynda Barry’s Syllabus: Notes from an accidental professor will be in stores October 21st, but debuts (with her in attendance!) at SPX. NEW LYNDA BARRY, PEOPLE!!! As the title suggests, Syllabus collects lesson plans and creativity exercises from Lynda Barry’s life-changing workshop Writing the Unthinkable. Drawn in the style of Barry’s other D+Q titles, What It Is and Picture This, it’s overflowing with collaged pages, ballpoint pen doodles, and poems to be memorized. Syllabus offers advice on finding a creative voice and using memories to inspire the writing process. It’s an inspiring and thought-provoking addition to her genre-exploding oeuvre. What this means practically speaking is that we no longer need to be jealous of all her students – we get a little Professor Lynda for our home lives too! 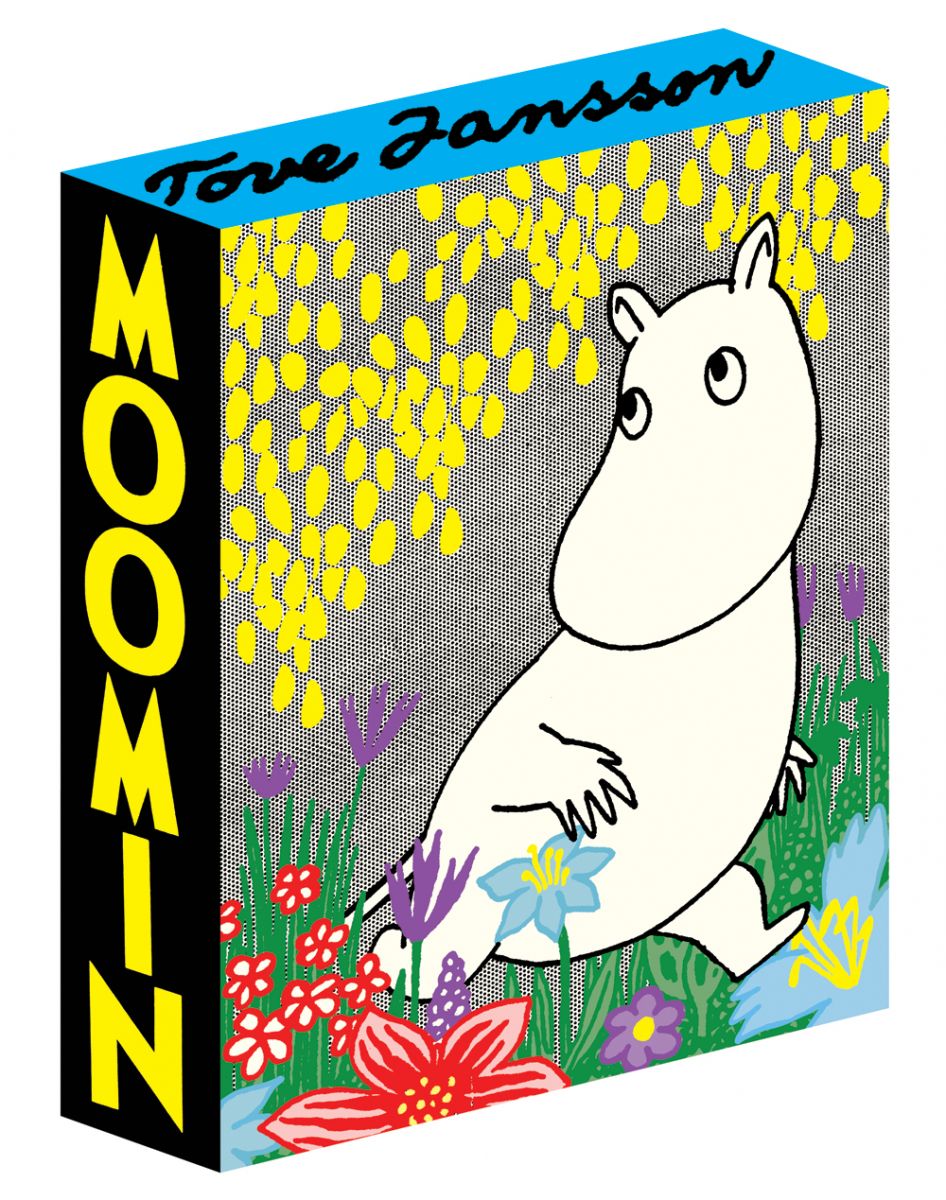 Also in stores October 21st is Moomin: The Deluxe Anniversary Edition by Tove Jansson, our gorgeous, cloth-bound, slipcased volume that collects all thirty-seven Tove Jansson-penned Moomin comic strips — over four hundred pages of her beloved stories about life in Moominvalley. It includes a wealth of extras too: an introduction by D+Q creative director & series editor Tom Devlin; full-page, never-before-seen character studies and sketches for the newspaper strip; and tributes to Jansson’s cartooning legacy from cartoonists Tom Hart, Dylan Horrocks, Megan Kelso, and James Kochalka. It’s basically gonna be the best. You can quote me on that. 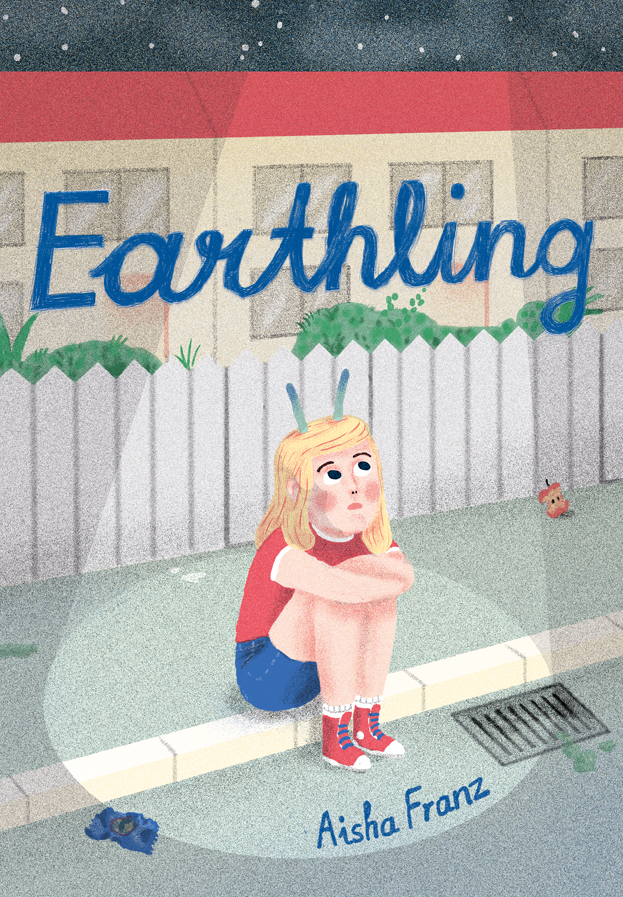 Aisha Franz’s Earthling is an atmospheric account of adolescence in the suburbs, and of the things the world expects of women. Aisha Franz’s moody, smudgy pencil lines perfectly render the loneliness and claustrophobia of suburban life for the young women whose lives she’s depicting. This is Aisha Franz’s first graphic novel to be translated into English; though she’s rightfully been popping up all over with illustrations and comics in places like the Pitchfork Review and Kus!. Eerie in offhand and surrealist ways, I think it’s going to make her a lot of North American fans. Franz will be at SPX to celebrate a super early debut, and then Earthling hits stores everywhere November 4th. 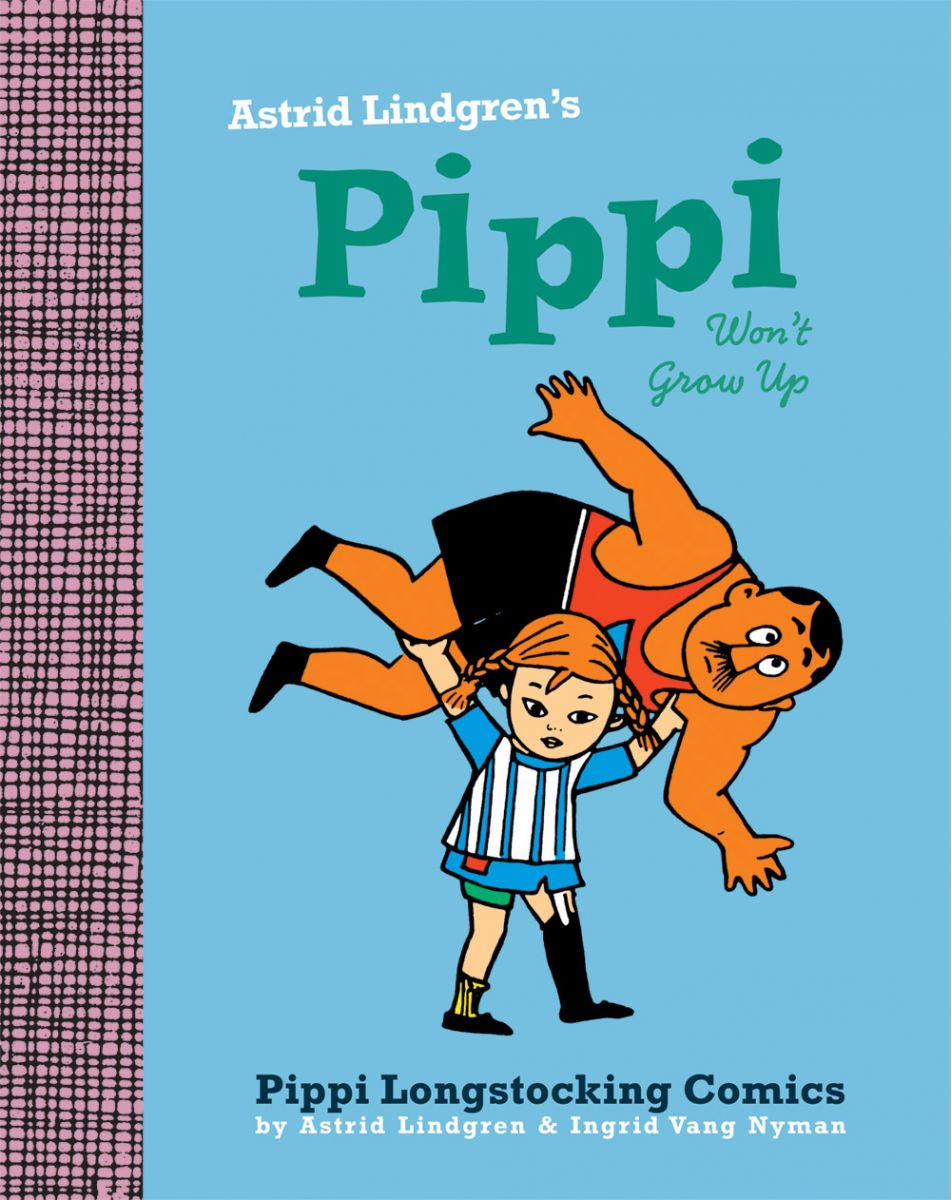 Astrid Lindgren and Ingrid Vang Nyman turn in a third volume of outrageously beautiful and wildly funny comics with Pippi Won’t Grow Up, which will be available in stores November 4th. This is the final volume of their collaboration and it’s just as funny as the previous entries. Plus, three books in, I can’t stop staring at that artwork; it’s incredible that Vang Nyman’s illustrations can remain so vibrant almost sixty years on. 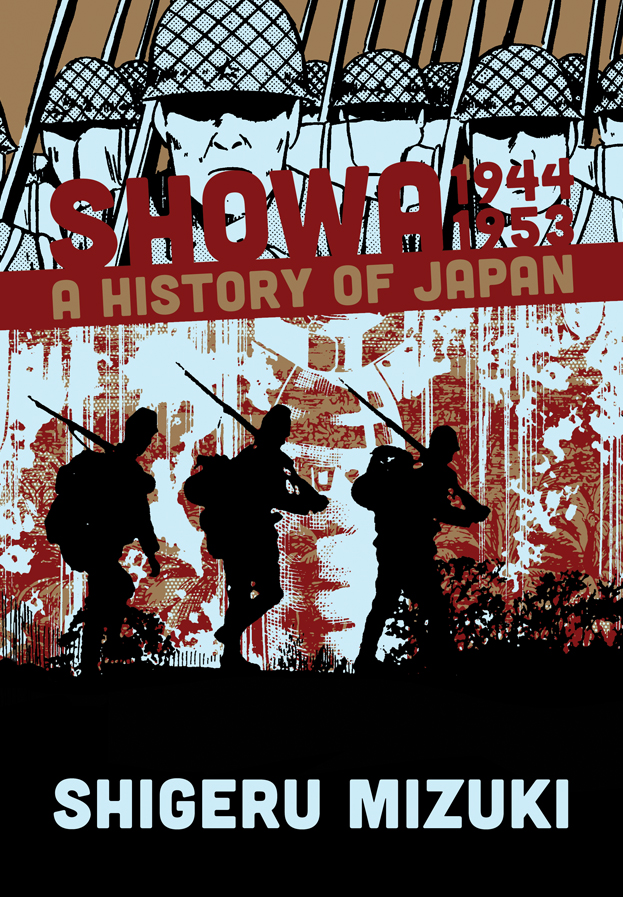 And last but certainly not least, Showa 1944-1953: A History of Japan marks the third volume of Shigeru Mizuki‘s epic autobiographical and historical dissection of twentieth century Japan (translated by Zack Davisson). This volume treats Pearl Harbor, the tragic end of the Pacific War in Japan, including the dropping of the atomic bomb, and the nation’s attempts to rebuild after the utter destruction left by the war’s end. On a personal front, Mizuki seeks a new life path after losing his arm during the fighting on Rabaul. One thing I’ve found fascinating about this series is that the war, so storied in a specific way in North America, plays out in a completely different way from the Japanese perspective – it spans a different amount of time and, as only makes sense, has its own geopolitical implications. I’m eagerly anticipating this volume too, and it hits stores November 11th, 2014.

And that’s all she wrote fall 2014-wise, but stay tuned for a little preview of winter 2015 coming up soon!

Happy Monday after SPX, y’all! Don’t look so glum though, chum: the fun don’t stop in Bethesda – check out what…

Whoo-ey! Today I’m here to talk fall 2014 books. We have lotsa titles to discuss, so into the fray with new…

Well this is an auspicious start to Fall 2014! Our first two Fall books to be reviewed by the publishing trade…