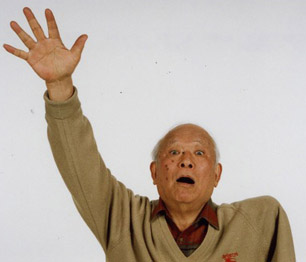 Drawn & Quarterly has acquired North American English rights to two graphic novel memoirs,Onward Towards Our Noble Deaths and NonNonBā, by one of Japan’s most acclaimed and legendary manga-kas, Shigeru Mizuki, it was announced today by Chris Oliveros, Editor-in-Chief, Acquiring Editor and Publisher of Drawn & Quarterly.

Born March 8, 1922 in Sakaiminato, Tottori, Mizuki is a specialist in stories of yōkai and is considered a master of the genre. He is a member of The Japanese Society of Cultural Anthropology, and have travelled to over 60 countries in the world to engage in fieldwork of the yōkai and spirits of different cultures. Currently in Japan, the life of Mizuki and his wife has been made in an extremely popular television drama that airs daily. Mizuki is the recipient of many awards including Best Album award for NonNonBā and Heritage Essential award for Operation Mort, at the Angoulême International Comics Festival, the Tezuka Osamu Cultural Prize Special Award, Kyokujitsu Shō Decoration, Shiju Hōshō Decoration and the Kodansha Manga Award. His hometown of Sakaiminato honored him with the Shigeru Mizuki Road, a street in his town decorated with bronze statues of his Ge Ge Ge no Kitaro characters and the Shigeru Mizuki International Cultural Center. The works of Mizuki have been published in Japan, South Korea, France, Spain, Taiwan, and Italy.