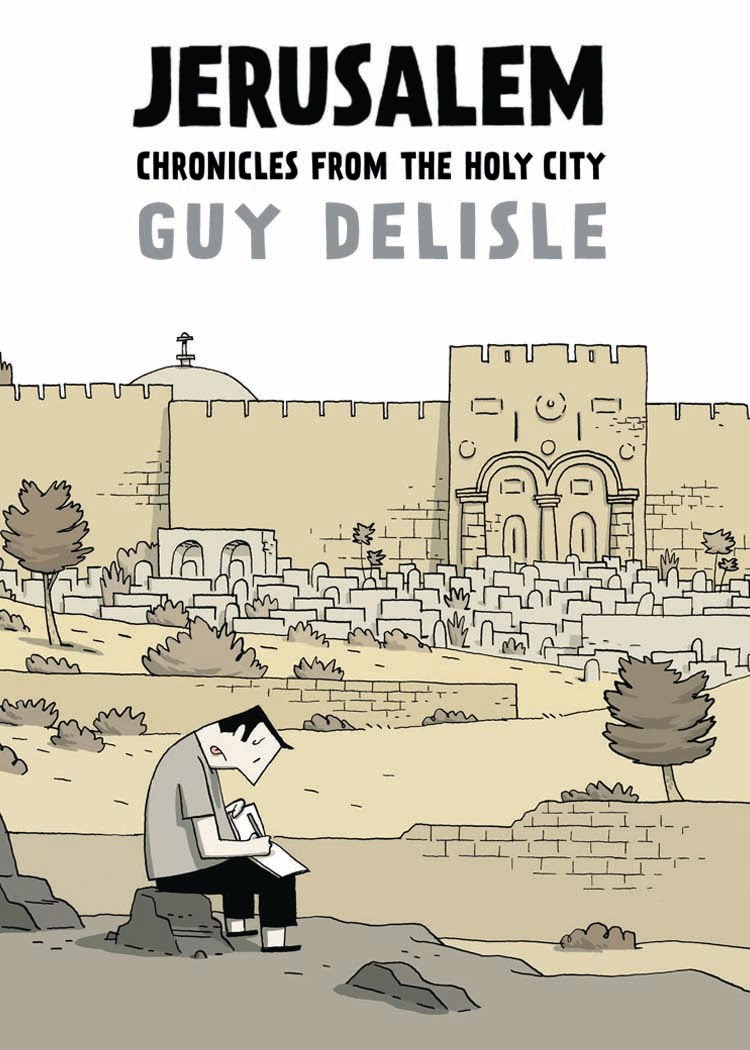 D+Q to Publish Delisle’s JERUSALEM (Spurgeon is back!)

As reported on Tom Spurgeon’s Comics Reporter (Tom is back!!!)

As reported on Tom Spurgeon’s Comics Reporter (Tom is back!!!) today:

D+Q has acquired world English rights to the graphic novel memoir, JERUSALEM: Chronicles from The Holy City, by cartoonist Guy Delisle, it was announced today by Chris Oliveros, Editor -in-Chief and Publisher of Drawn & Quarterly. JERUSALEM: Chronicles from The Holy City is Delisle’s most anticipated work yet, a thoughtful and moving travelogue that eloquently plumbs the depths of the conflict and day to day life in Israel while detailing the year that Delisle and his family spent in East Jerusalem as part of his wife’s work with Doctors Without Borders.

“Guy’s depiction of Israel features the physical, political and cultural landscapes,” said Oliveros. “JERUSALEM: Chronicles from The Holy City powerfully captures the conflict of the Gaza War, a three-week long military strike that resulted in over 1000 Palestinian deaths, while also showcasing olive gardens, check points and the architecture of the region. There has never been a book like it and it will surely become a handbook on the region much like Guy’s PYONGYANG is for North Korea.”

The past decade has seen few debuts of bona fide international cartooning talents with as much clarity and originality as Guy Delisle. In 2005, the debut of Delisle’s PYONGYANG became D+Q’s fastest seller in a first printing. D+Q has since sold over 60,000 units of Delisle’s books that also include SHENZHEN and BURMA CHRONICLES. The first printing of JERUSALEM: Chronicles from The Holy City is set for 30,000 units; will be released in North America in Spring 2012 and is to be published in France by Delcourt under Lewis Trondheim’s edited “Shampooing” imprint. Represented by Samantha Haywood of the Transatlantic Literary Agency, D+Q has sold UK rights to Dan Franklin at Jonathan Cape.

D+Q titles have made a splash at the Harvey, Ignatz, and Ringo Award nominations! We’re so proud of these incredible comics by…

Parenting is so complicated these days, and there never seems to be a right way to parent. But if there’s anything…