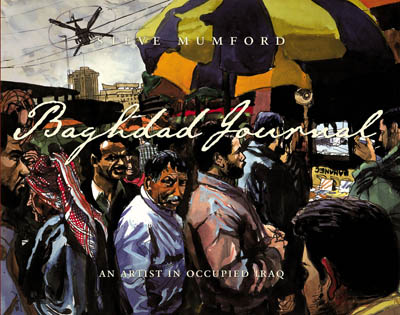 And now for your reading pleasure, I present a small smorgasbord of links!

And now for your reading pleasure, I present a small smorgasbord of links:

Steve Mumford, artist of Baghdad Journal has a new story up on artnet.

Michel Rabagliati is interviewed about Paul Goes Fishing on Planet of the Books, and Comic Book Bin compares him to the venerable Charles Schulz…

…while Thick Magazine compares Tom Horacek to Gary Larson for his new Petit Livre, All We Ever Do Is Talk About Wood.

Julie Doucet is featured with her recent book 365 Days in this week’s NOW weekly from Toronto.

Guy Delisle’s Shenzhen is reviewed on boingboing… Stay tuned for The Burma Chronicles coming this Fall from D+Q!

“Animator and comics artist Guy Delisle’s travelogue Shenzhen is a fascinating, meandering look at one of China’s most storied new cities…[It is] a really lovely, idiosyncratic, first hand warts-and-all account of the city as seen through the eyes of foreigner.”

An early preview/review of Yoshihiro Tatsumi’s Good-Bye, coming in July, on the Oregonian: “Tatsumi has an unerring sense of metaphor and narrative.”

The Comics Reporter gives a review of Gentleman Jim, also coming in July.

“Raymond Briggs’ Gentleman Jim is an easy, accessible work for both casual comics fans and the reviewer. Originally released in Great Britain in 1980, it’s one of a series of works by the esteemed cartoonist that is clearly a precedent for modern graphic novels… It’s the subtle visual and character touches that distinguish Gentleman Jim from most same-era graphic novels, and make it worth a look at for the history represented by such an approach at that time, as well as the pleasure for reading it oneself.”

“It’s obligatory to eulogize the recently departed by saying that they were gracious and humble, but with Tatsumi it was true.…

It with a heavy heart that we post the news of Yoshihiro Tatsumi’s death this past Saturday on March 7th, at…