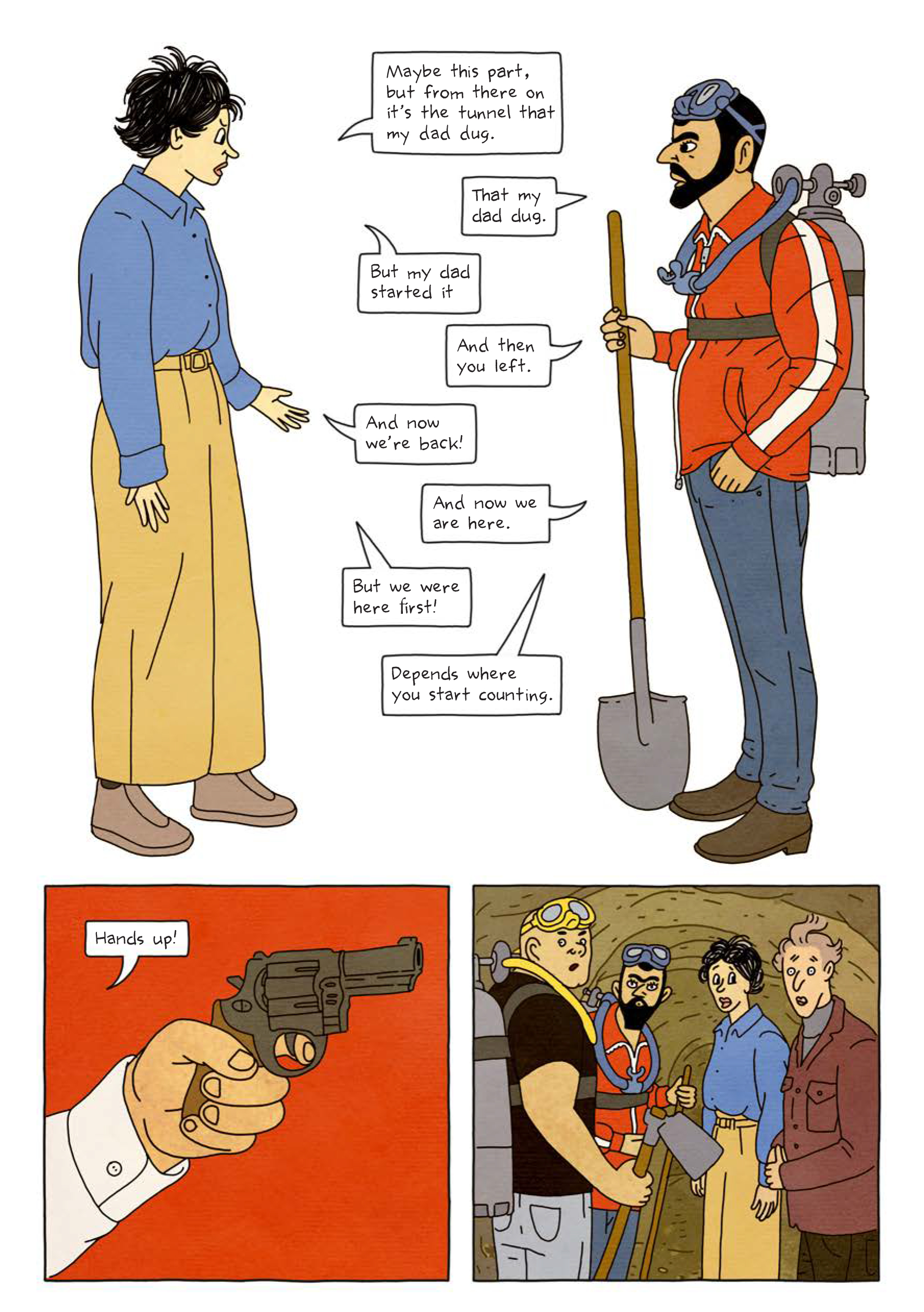 Drawn & Quarterly announces the Fall 2021 book Tunnels by Rutu Modan, Eisner Award winning cartoonist of Exit Wounds and The Property. This graphic novel about the race to find the Ark of the Covenant explores the ethical quagmire that is the international antiquity trade. It will be translated by Ishai Mishory.

When a great antiquities collector is forced to donate his entire collection to the Hebrew University in Jerusalem, Nili Broshi sees her last chance to finish an archeological expedition begun decades earlier—a dig that could possibly yield the most important religious artifact in the Middle East. Motivated by the desire to reinstate her father’s legacy as a great archeologist, Nili enlists a ragtag crew—a religious nationalist and his band of hilltop youths, her traitorous brother, and her childhood Palestinian friend, now an archeological smuggler. As Nili’s father slips deeper into dementia, warring factions fight over the Ark of the Covenant!

Backed by extensive research into this real-world treasure hunt, Modan sets her third graphic novel near the centre of a political crisis. She posits that the history of biblical Israel lies in one of the most disputed regions in the world, occupied by Israel and contested by Palestine. Often in direct competition, Palestinians and Israelis dig alongside one another, hoping to find the sacred artifact believed to be a conduit to God. Potent and surprising, Modan reveals the Middle East as no Westerner could.

“An adventure story that dives deep into the world of Israeli archaeology, gets its hands dirty digging for lost treasures, plunges into the intrigues and rivalries of academia, and collides head-on with the Israeli-Palestinian conflict.”—Haaretz