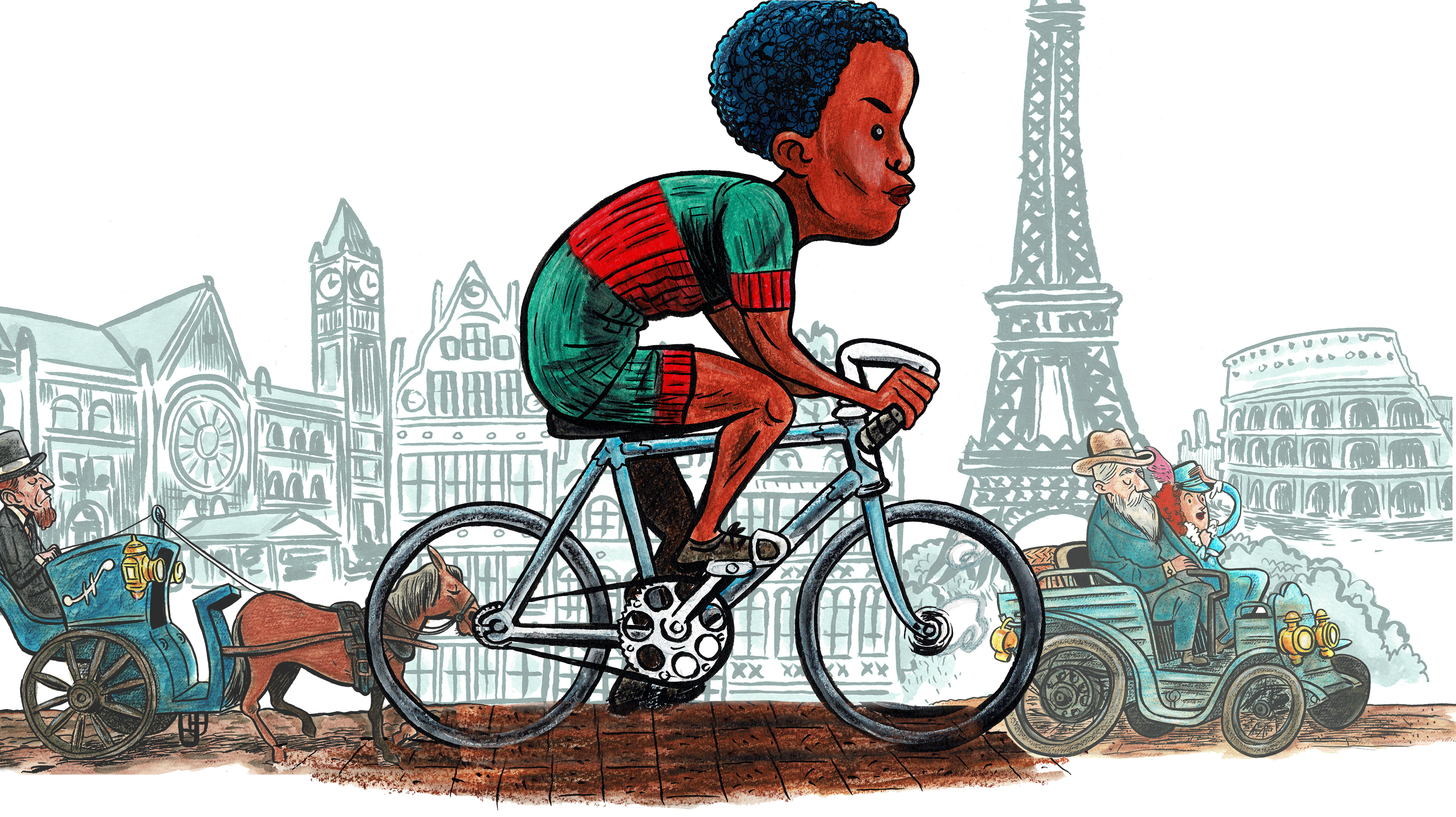 Drawn & Quarterly announces the 2023 graphic novel Major Taylor by Fred Noland. D+Q has acquired world rights to the book, which is a full-color biography of Marshall Walter “Major” Taylor, the first Black World Champion in road cycling and arguably one of the first international sports superstars. This month marks the 124th anniversary of Taylor’s rise from amateur cyclist to the first Black professional cyclist when he finished the 1896 “Six Day Race” in Madison Square Garden, just over 30 years after the abolition of slavery.

“Major Taylor tells the dramatic life story of this incredible figure, who was internationally beloved but now resides in the margins of sports history,” said Peggy Burns, D+Q Publisher and Acquiring Editor. “How Taylor came to be a cyclist and how he went on to become a champion will be fascinatingly and lovingly researched and rendered by Fred, who holds the subject dear to his heart.”

Taylor set seven cycling world records and was the first African American World Champion in sports history writ large. In the 1890s, he was the fastest man in the world on a bicycle, setting records and wowing crowds across Europe and North America with his charisma and determination. As his renown grew, however, so did harassment and racial discrimination from within and beyond the cycling community. Taylor faced embargos on Black participation and overt, unapologetic racism from rivals like Floyd McFarland, and yet, he remained steadfast in his mission to compete.

Major Taylor follows the man from birth to death, touching on his childhood in Indiana, amateur and trick cycling days, and World Championship wins, as well as the financial hardships he faced ahead of a tragic end. Forced into retirement when he was in his thirties due to physical deterioration, Taylor later died in poverty and obscurity. Noland’s book honours Taylor’s resolve and resilience, celebrating the strides he made in Black professional sports. Before Jack Johnson, Jesse Owens, or Serena Williams, there was Major Taylor, and this is his story.

MORE ABOUT FRED NOLAND: Fred Noland lives in Oakland, California, where he is an avid but unremarkable cyclist. His specialty is visual storytelling, whether in animation, comics or illustration. Noland’s comics have appeared in the New Yorker and his illustrations have appeared in SF Weekly, Nickelodeon, XboX Magazine, and more. In the year 2000 he was awarded a Xeric Grant for his one-man anthology Shpilkes.