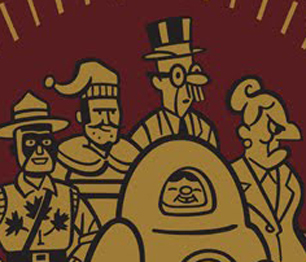 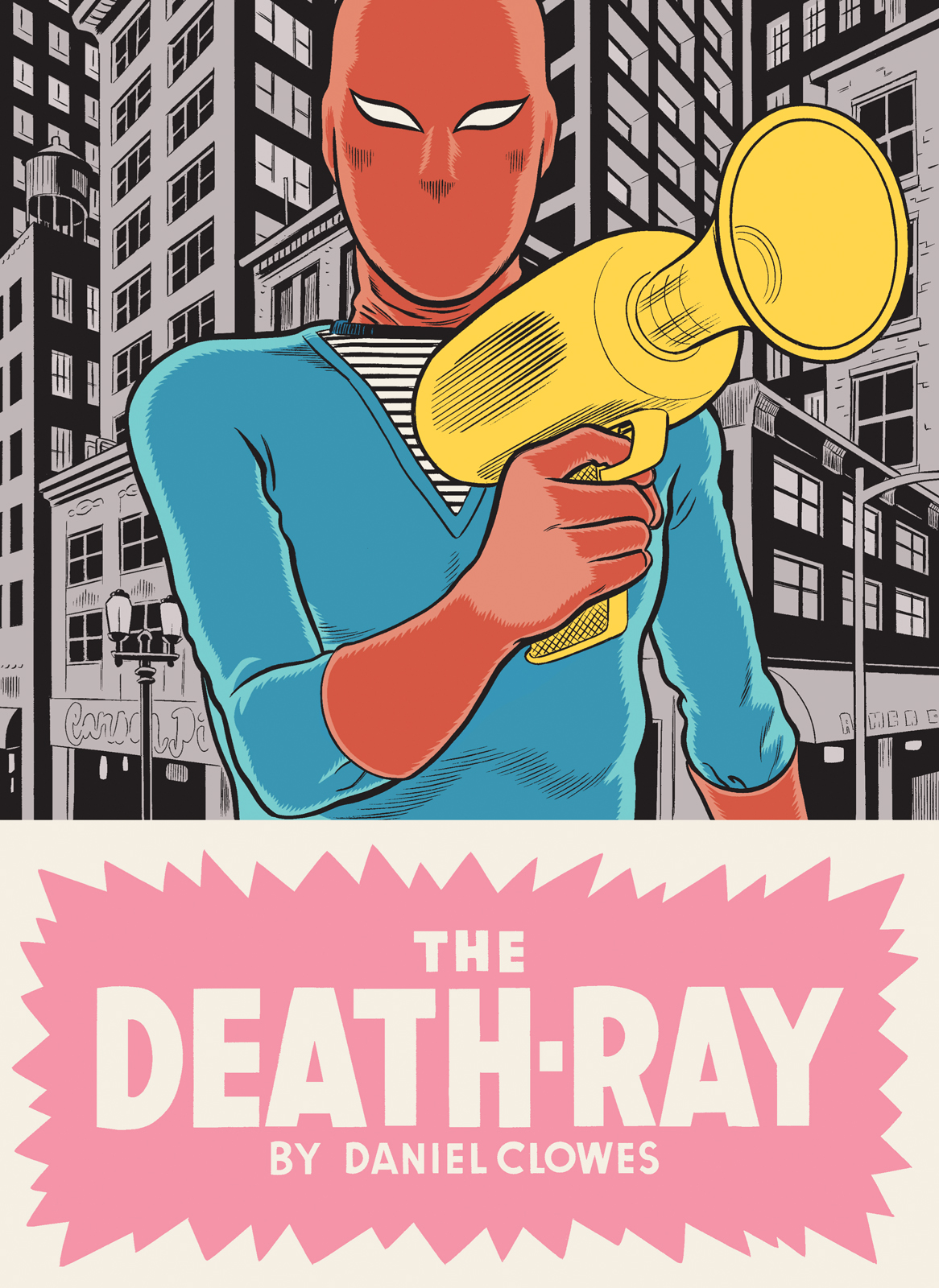 “Two short graphic novels are coming soon from Montreal publisher Drawn and Quarterly. One, Seth’s The Great Northern Brotherhood of Canadian Cartoonists (hereafter The G.N.B. Double C) is in black and white, and a second, Daniel Clowes’s The Death-Ray, is in color, and though each one reads more like a chapter from a longer work, they’re nevertheless complete and dense and masterful.”–Tim Peters, SLANT

“This masterpiece makes it clear (at least to me) that Daniel Clowes is one of the greatest living cartoonists.”–Mark Frauenfelder, BoingBoing “Seth uses this superbly drawn narrative tour of one of the G.N.B. Double C’s meeting halls as an excuse for some grand mythmaking and wish fulfillment.”–Publishers Weekly Starred Review 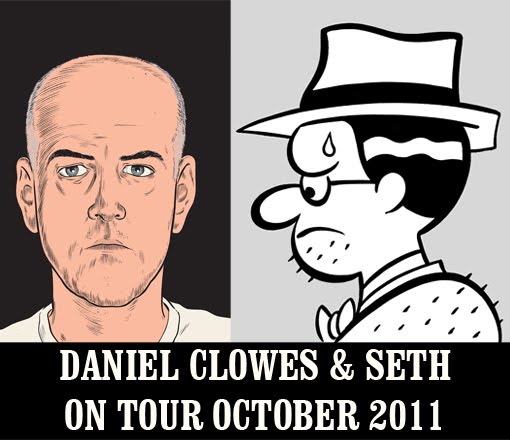 Dan & Seth start their tour together in Chicago at the Unity Temple this Thursday the 13th, head to the Boston Book Festival on the 15th, NYC at Housing Works on the 18th, Montreal at the Ukrainian Federation on the 19th, and Toronto on the 21st.

For more information on the tour, visit this page.