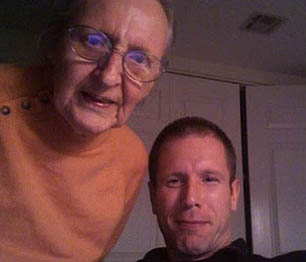 By now it seems unlikely that you’ve somehow missed the fact that Dylan Williams is in the hospital fighting against cancer.

By now it seems unlikely that you’ve somehow missed the fact that Dylan Williams is in the hospital fighting against cancer. Dylan really is one of my favorite people in the industry and while it’s an old cliche, something like this should never happen to someone as dedicated, true, and real as Dylan. I can remember just a couple of years ago saying to a friend that Dylan’s Sparkplug Books was my favorite of the new publishers because Dylan is the rare sort of publisher (of any type) who publishes ONLY what he believes in. He nurtures unknown talent and gets the work out there. He has no cares for the commercial prospects of the books or current fashion or who is friends with whom. He loves comics, he loves these comics, and he wants more people to see them. Years ago, when I off-handedly remarked in print that I thought the work of a certain classic strip artist was over-valued, Dylan sent me a collection of that artist’s work in the mail and demanded that I read the book and evaluate the work in front of me. I love that he did that. He cared so deeply about comics and cartoonists that he felt the need to address that slight. Comics (any industry, really) needs people like Dylan Williams. If you love comics, YOU NEED DYLAN WILLIAMS. The recent plea by friends (because Dylan would never ask) for people to buy some Sparkplug Books to help him pay his hospital bills is a simple one. It’s something you should do. There’s really no excuse. You won’t put that money to better use. You should help a very decent person in his fight. Help Dylan Williams. Go buy comics here.

{Above picture of Dylan and his grandma. Snagged from Profanity Hill.}