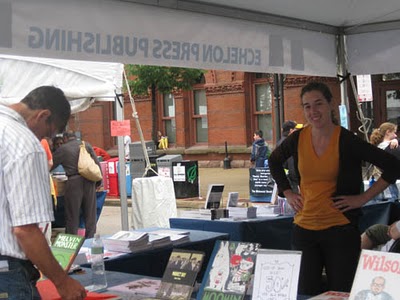 It rains every year at Chicago Printers Row (who ever thought it would be a good idea to have a book fair outdoors?) but that never stops people from coming out. Alison watches over the booth.

It rains every year at Chicago Printers Row (who ever thought it would be a good idea to have a book fair outdoors?) but that never stops people from coming out. Alison watches over the booth. 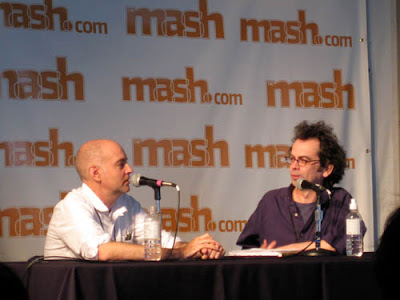 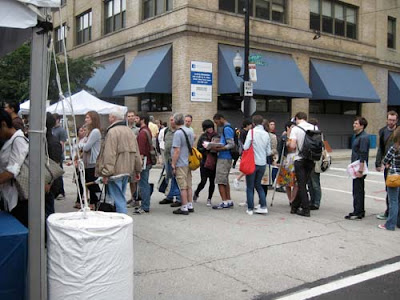 …which was immediately followed by a long line at our booth for a signing. 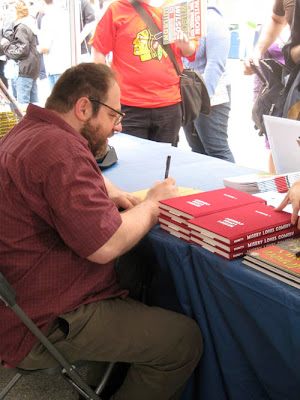 A straggler from the Blackhawks victory parade somehow finds himself at the bookfair and decides to see what this whole “graphic novel” thing is about. Ivan Brunetti signs a copy of Misery Loves Comedy. 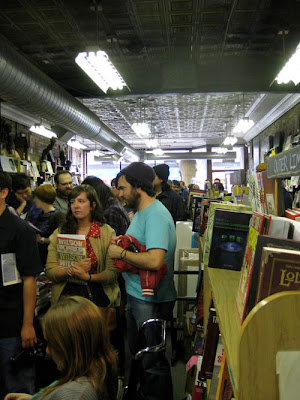 Legendary Chicago independent store Quimby’s hosted another Dan Clowes signing the night before, with nearly 200 people lining up through the store… 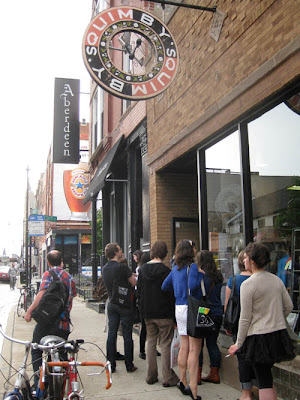 …and going out the door. 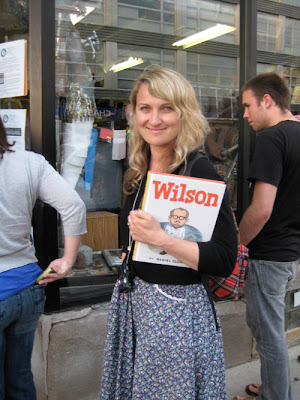 Sonja Ahlers, who was also in town for the launch of her new book, The Selves, patiently waits outside to get Wilson signed. 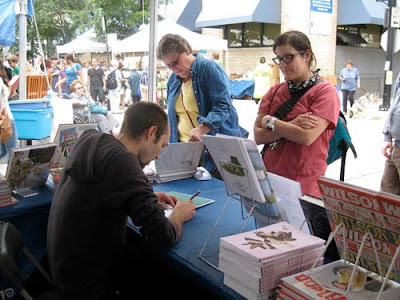 Anders Nilsen takes a break from drawing the final issue of Big Questions to sign at our booth. Only a few more pages to go before he finishes the 650 page book collection, which will be out next year. 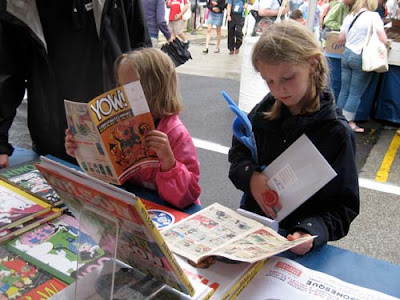 Oh, kids these days – they all love John Stanley! 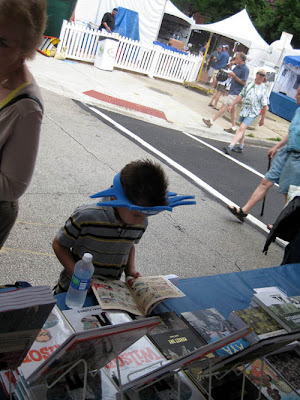 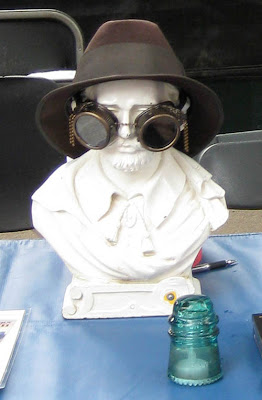 Not just in San Diego: our booth was back to back with what seemed like a consortium of vanity press authors, one of whom was promoting his “steampunk” novel. His definition of the genre, as overheard by Alison: “It’s sort of like a Victorian Indiana Jones, but with gadgets and stuff.” 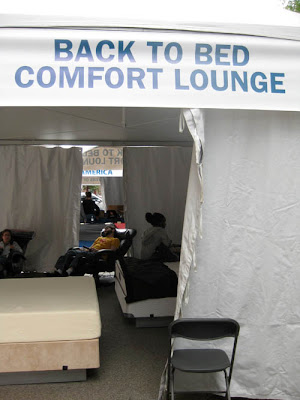 Printers Row: it’s not just books. A bed and couch manufacturer sets up shop in the middle of the book fair. 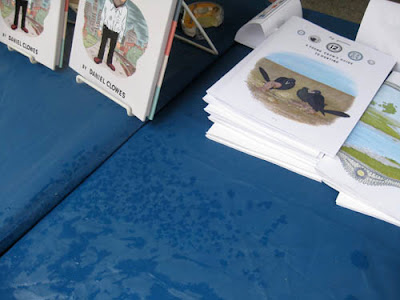 Production note: it sure is easy to wipe puddles of rain off of covers with high gloss laminations. Not so much with those uncoated stocks. 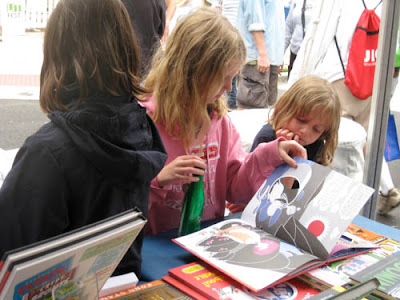 One more photo of our young readers. Aside from John Stanley, kids also love Moomin, in particular the beautiful die-cut wonder, The Book About Moomin, Mymble and Little My. Our second Moomin kids picture book, Who Will Comfort Toffle? is at the printer now.

According to this Q+A on the Book By Its Cover blog, Anders has a blog. This is where I swiped the…

A nice thing to do

Inkstuds has featured quite a number of D+Q cartoonists over the past couple of years including Seth, Anders Nilsen, Joe Sacco,…